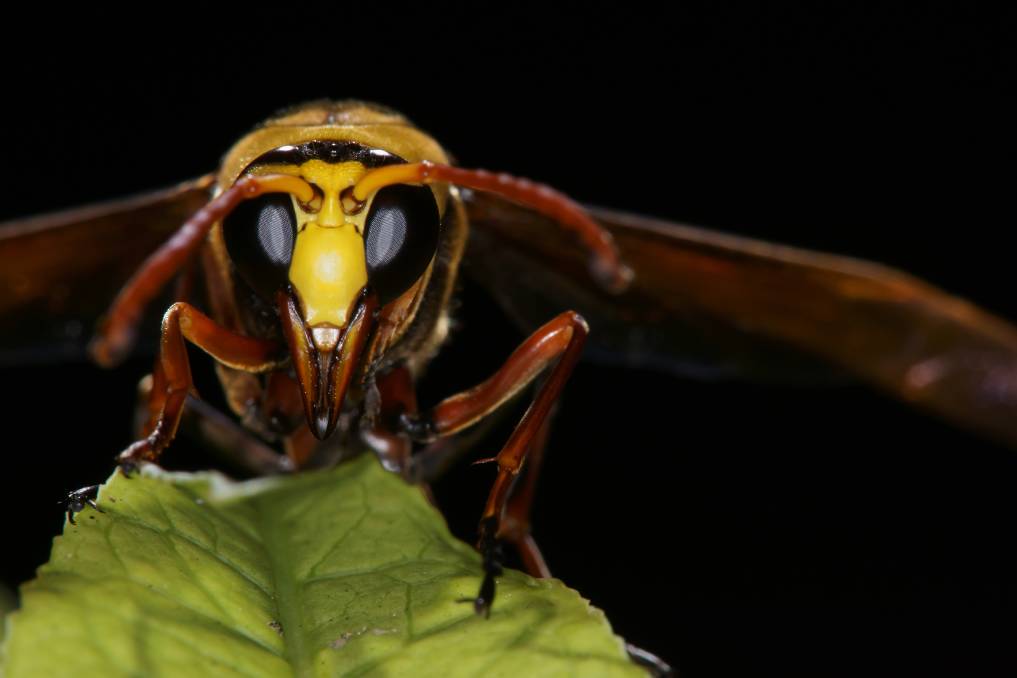 RELATED: Bees and wasps are closely related and share many traits, evolving together millions of years ago.

Wasps and bees are both magnificent natural architects and have many other traits in common too.

A beekeeper called to collect a swarm of bees from a householder's front fence found a beautiful little flying saucer hanging there - a paper wasp's nest.

Wasps do look like bees, and in fact they are cousins, evolving together millions of years ago.

With the rise of flowering plants (Angiosperms) as the dominant plant they parted company some 40 million years ago, the bees becoming almost entirely vegetarian, feeding on nectar and pollen, while the wasps remained carnivorous eating grubs and other insects.

Bees developed the anatomical structures for their lifestyle - long tongues to suck up nectar from flowers, branched body hairs to collect nectar and little baskets on their back legs to transport it to their hives.

Internally, of course, they developed the chemical means of turning nectar into honey and making wax from pollen.

The sting is, of course, their defence mechanism, but why is it that only female workers sting? And sting with their tails, not biting with mouth parts?

The bee can sting only once because her stinger is barbed and she cannot pull it out of the skin.

She pulls and pulls till her bottom together with the poison sac comes off and stays in the victim continuing to unload its venom till the sac is empty.

So if you are stung by a bee, flick that sting off immediately to reduce the dose, the pain and its other effects.

She uses it to fight and kill rival queens for there can only be one to a colony.