Australian Alpaca Association - NSW Region stalwart, and convener of the Sydney Royal Alpaca Show, Keryn Burns, was recognised with a 2019 Champions of RAS award at this year's event. 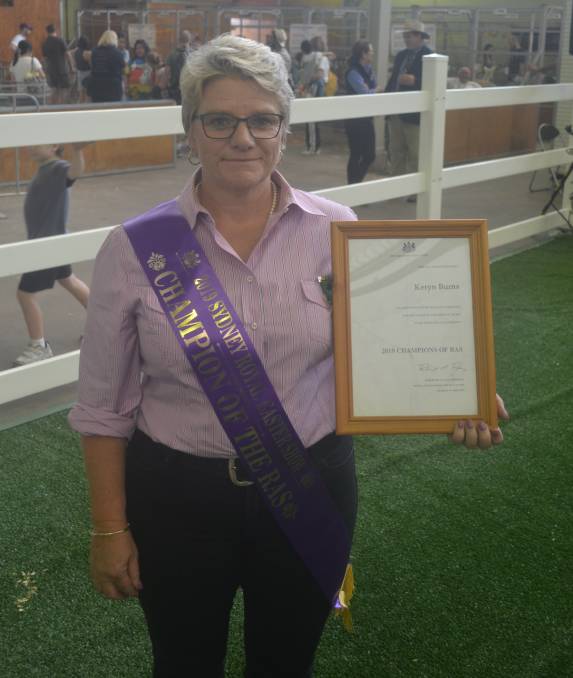 Australian Alpaca Association - NSW Region stalwart and convener of the Sydney Royal Alpaca Show Keryn Burns was recognised with a 2019 Champions of RAS award at this year's event.

The Royal Agricultural Society recognises the efforts of 15 people throughout NSW for their contribution to their respective fields.

Nominated by the Alpaca Association committee, Ms Burns - who is based in Rylestone with her operation Mandala Alpacas - was presented her award by RAS president Robert Ryan.

She was understandably pleased to receive the award.

"I am very proud. It is a wonderful award and I was very surprised to receive it," Ms Burns said.

"I have been coming to the show since 2015 as a breeder and have been involved in the organisation since then.

"I have had to reduce the amount of animals I bring to the show as there is far too much to do running it."

This year's halter entries numbered 275, which was up on the past few years, while fleece numbers held steady at 147 entries.