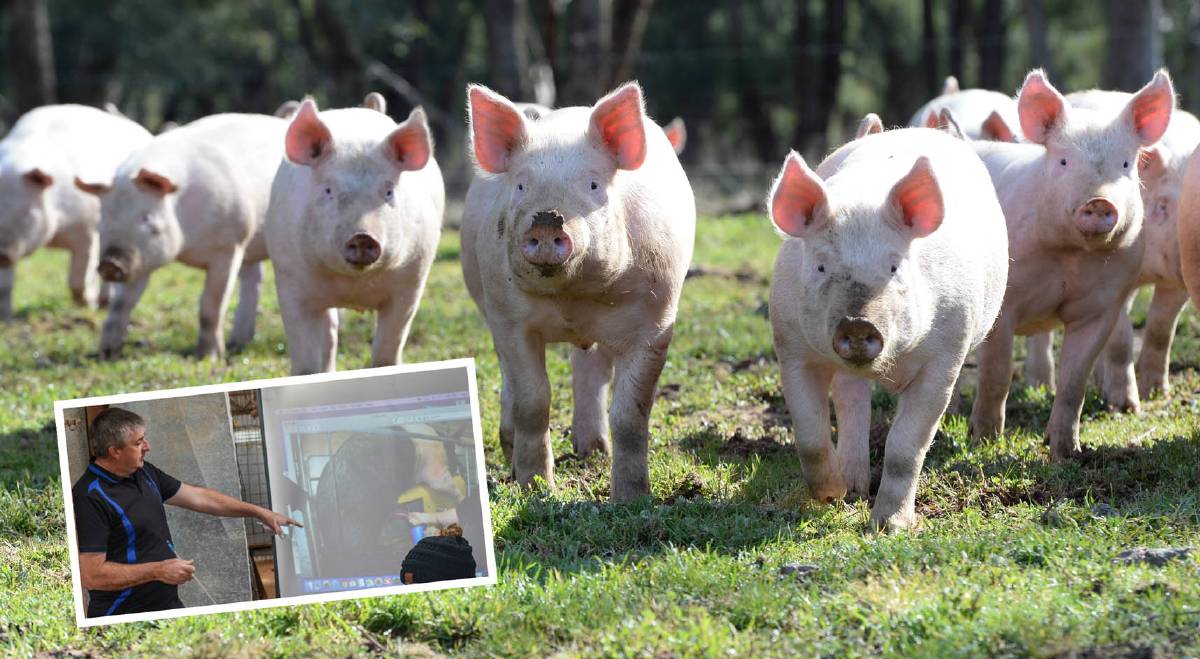 Piggy semen situation explained to students during educational day on May 8.

WITH SEMEN from rams and bulls commonly collected, frozen and stored for many years to come before it is thawed, it is surprising that the same is not able to be done for boars.

Pig semen tends to be easy to freeze, yet very difficult to thaw, according to Sabor Artificial Breeding Centre general manager Graham Reu, Clare Valley, South Australia, who presented to students in attendance of the Forbes Stud Pig Sale educational day on May 8 at Bedgerabong showgrounds.

"Pig semen freezes easy, but there are a lot of issues all over the world with how it thaws out," Mr Reu said.

"We (Sabor) are dabbling in it a bit, and there are a few others that are and it is working, but not on big numbers."

He said pig semen was very particular and finicky temperature wise. "I had a guy come with me, and he is used to working with cattle semen, and we were doing it his way and nothing was working. As soon as we took the time and got it right, the results changed," he said.

Instead semen from boars has to be ordered and collected on the spot, before it is transported in tubes via post or home delivery to the buyer. "We can get a call, email or text saying we want three tubes of this boar, two of this, four of this," he said.

"Sunday is the busiest collection day with about 100 boars collected. Monday is our next busiest with 50 to 60 done. Collection can take anywhere upwards of two minutes or 10, with about 250 to 700 millilitres collected at one time."

Inside the lab, each dose of semen is assessed for abnormalities and to ensure it is of the appropriate quality. "Three to four fields of sperm are counted and assessed to get a good average. This tells us how many millilitres of solution we can add to the semen and how many tubes," he said. "70pc is our cut off, anything below that is chucked away.

"Each boar will average about 12 tubes, with only about 10ml of semen in each tube. Each tube contains a total of 80ml (including semen and solution)."

After collection and tubing, the semen is slowly cooled down at 20C to 21C before it is packed, which can take up to 90 minutes.

"In the storage room, the air is kept at a consistent 17 degrees with air flow. Two test tubes of everything is kept. After three or four days we will water bath it to warm it up and run it through the machine to check it out if it is bad or good," he said.

Semen within the tubes lasts five to seven days if they are kept at 17 degrees.

"On hot days the tubes are packed in boxes on their side with a cold brick to keep them cool," Mr Reu said.

"We also deliver a lot ourselves using a van with a refrigerator hooked up to it sitting at 17 degrees."