The first four months of 2019 have not been great for the Australian cattle herd.

We all know that with livestock markets, the more you kill now, the fewer there will be later. When you are killing a lot of females, the medium and long term impacts of high slaughter rates ramp up even more.

Meat and Livestock Australia's (MLA) April projections are pointing towards some serious supply deficits in the coming years. 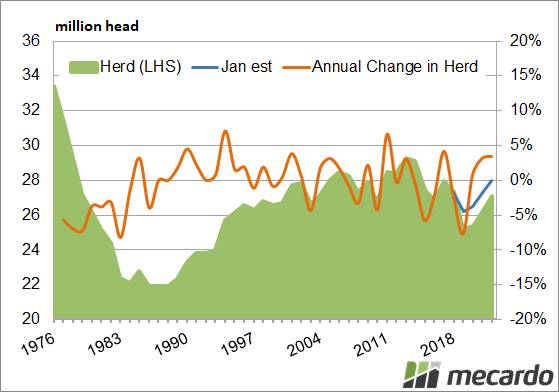 FIGURE 1: Australian cattle herd. MLA's April update indicates a 7.7pc fall in the herd from 2018. The blue line shows the herd projection made in January. The April update shows growth in the herd to 2022 running 1 million head behind.

They are forecasting the Australian cattle herd to bottom out this year at 25.2 million head (Figure 1).

In January, MLA was projecting a herd of 26.2 million head, so the dry start to the year and the floods in north Queensland have potentially wiped out 1 million head of mainly breeding cattle.

The 2019 herd will see a few notable records. The predicted 7.7 per cent fall in the herd will be the largest since the drought of 1983.

The herd will be at its lowest level since 1993. 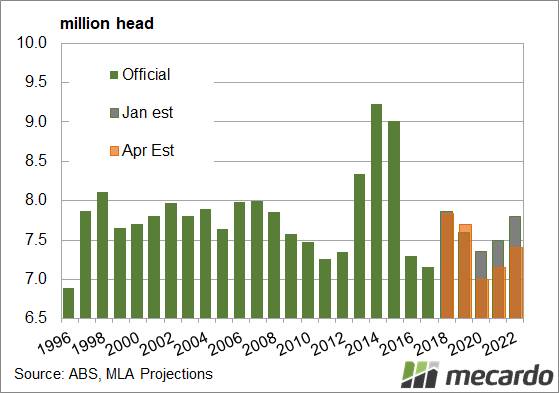 FIGURE 2: Australian cattle slaughter estimates. The dry start to 2019 has shifted slaughter projections. MLA's updated slaughter forecasts for the next three years are 5 per cent below their January estimate levels.

The strong start to the year has seen MLA lift their slaughter estimate for 2019, but it's still expected to be 1.7 per cent below last year.

The real hit to slaughter comes over the next three years. In 2020, 7 million head are expected to be slaughtered, which will be the lowest level since 1996.

The subsequent years will see some growth, with slaughter recovering to 7.4 million head in 2022, but it's still below the long term average.

Large falls in cattle supply are good for prices in the short and medium term, but it does have consequences.

Weakening supply into our export markets combined with high prices opens the door to lower-cost beef producers to take our place.

If and when the herd recovers, and supplies ramp up again, we might have some trouble regaining markets at the prices we become used to.

In the short to medium term, cattle will be in short supply, and if it rains properly demand will be strong.