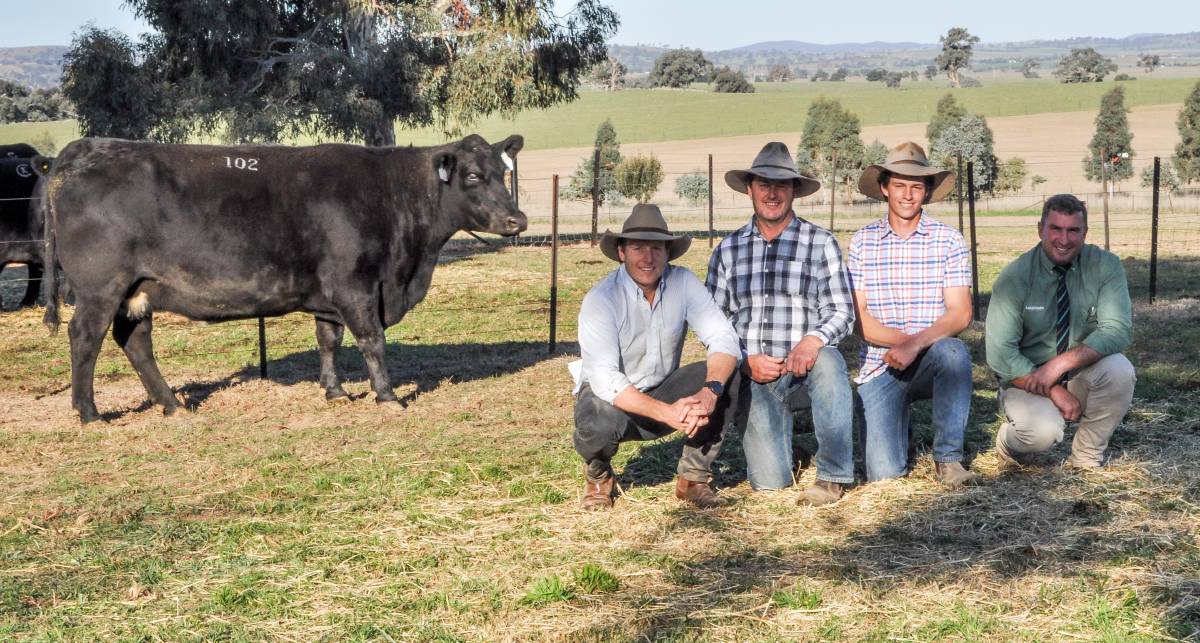 It was a seven-year-old Bara pedigree cow that caught buyers' eyes at the 2019 Kenny's Creek Angus Female sale at Boorowa on Wednesday.

It was one of 51 cows from 106 that sold to an average of $5431 under the hammer and included all Kenny's Creek's registered PTIC females that were four years and older, including past donors.

Sam Burton Taylor of Kenny's Creek said the clearance rate was a reflection of how difficult the season had been.

"I think if we had a bit of rain over the last couple of months this sale would have been off the charts but we haven't and the cows that passed in is a reflection of how tough people are doing out there," he said.

He said it was the proven donors that performed for them at the sale.

"Cows that have been in the herd and bred naturally and then in an embryo program, there was more demand," he said.

"We're running our herd commercially so anything that doesn't get into calve or loses a calf, they don't stay," Mr Burton Taylor said.

"Everything that was offered today, that was four years and older, has stood the test of time in this herd."

Her purchaser, Shaun Connolly, said it was the cow's pedigree that made her their pick of the sale.

"She goes back to a well proven Bara line that just seems to be very consistent with phenotype and growth," Mr Connolly said.

He said she had a good spread of EBVs with an eye muscle area of 2.1 and intramuscular fat percentage of 2.6 but it was growth that they were mainly looking for.

Mr Connolly said they planned to put her in a flush program.

"So we can get the greatest benefits out of the genetics for the stud," he said.

The cow had an IMF of 5.2 per cent, one of the highest of those offered.

But it was Telford Angus stud, Tallangatta, Victoria, that was the volume buyer of the sale, purchasing 10 females for a total of $47,500 and an average of $4,750.

The sale was conducted by Landmark through their agents, Tim Woodham and Andrew Wishart.