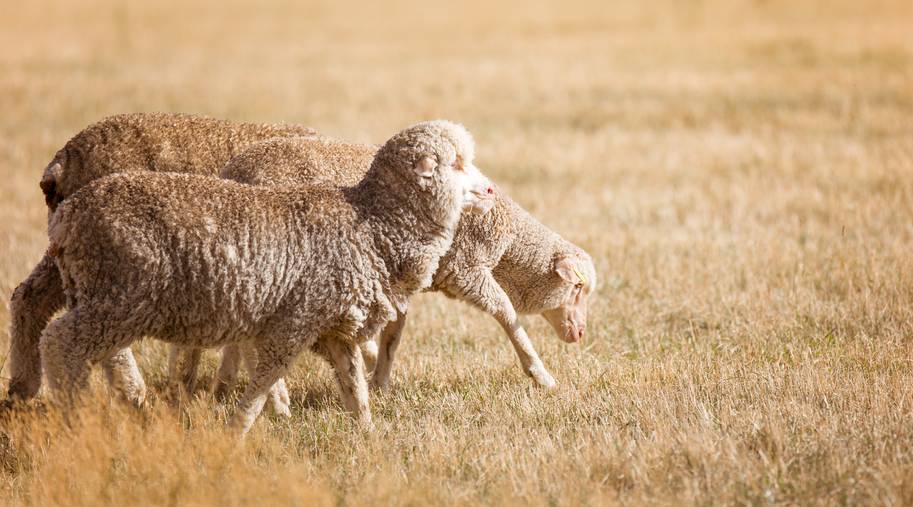 We know lamb supply should tighten from here. Whether that shows up in saleyards in NSW depends on how many go direct to processors.

Lamb markets have been moving higher, but not in all states.

For some time we have been talking about the lack of lambs in NSW and it seems to be coming to the fore.

NSW usually provides a large proportion of the lambs sold in saleyards through most of the year, with Victoria taking over in November and December.

So far this year, lamb yardings in NSW have been curiously higher than the five year average. 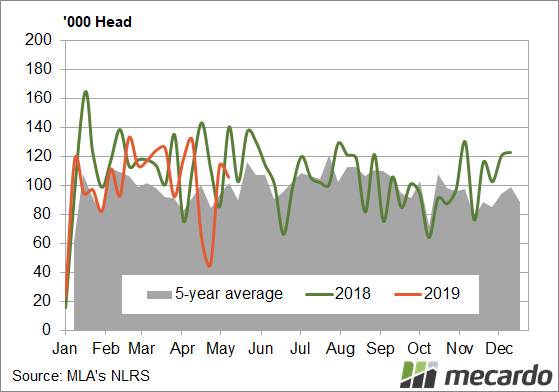 FIGURE 1: NSW lamb yardings. While February and March saw yardings at similar levels to last year, yardings during the short weeks and in the last few, have been well behind a year earlier.

This is likely due to the stronger supply of light lambs, more suitable for restockers, and less likely to go direct to works (Figure 1).

NSW and Victorian lamb markets generally track closely together. This is not unusual, as it is easy for lambs to cross the border if one market gets ahead of the other.

When prices get out of whack, they generally converge within a couple of weeks. It doesn't look like NSW lambs prices are going to fall, as Victorian prices have already done some catching up.

We know lamb supply should tighten from here. Whether that shows up in saleyards in NSW depends on how many go direct to processors.

Traditionally, many producers like to sell lambs through yards in the winter. This is especially so when prices are running hot and ahead of most over the hooks quotes, as they are at the moment.

Where tight supply was most visible last year, and will be again this year, was in lamb slaughter.

Already we have seen May slaughter rates running 4 per cent behind last year and it will be interesting to see if lamb supply falls off a cliff like in 2018, or if it eases more steadily. 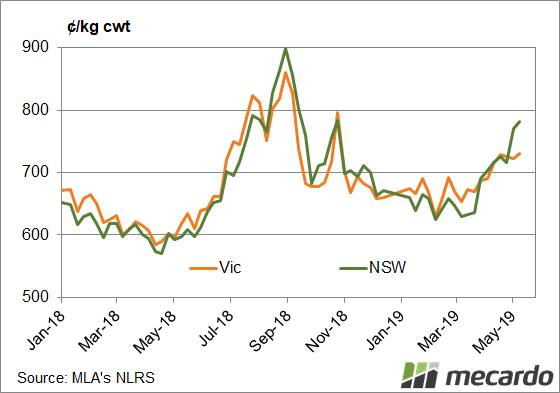 With fewer lambs being sent direct to works, buyers rely more on the saleyards.

The market adage of the higher prices being the cure for high prices doesn't tend to apply in the current situation. There is simply no more supply for sellers to market, even if they wanted to.

Anecdotal evidence suggests NSW lamb supply could be even tighter this year compared to last.

It is from June to August when early lambs out of NSW prop up lamb supply, and this will coincide with the price peak.

The story Lack of lambs visible in NSW first appeared on Farm Online.