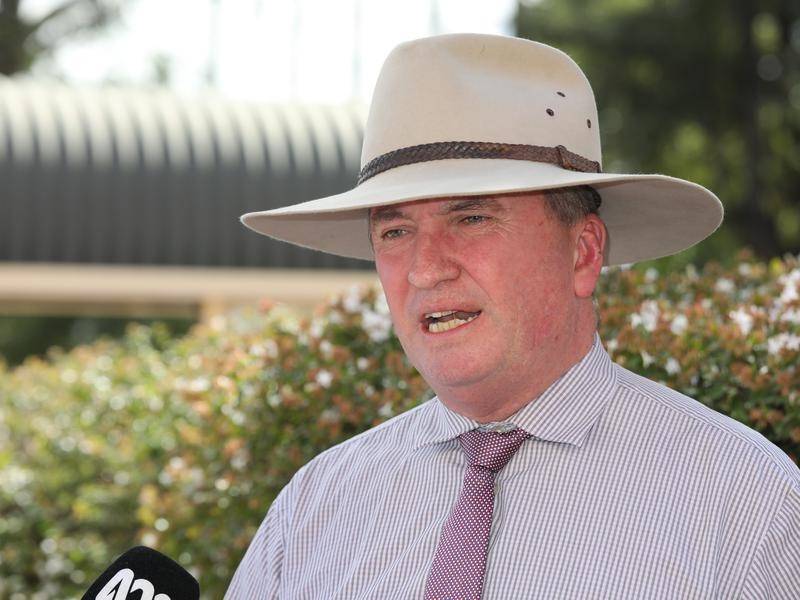 Barnaby Joyce is no longer Special Envoy for Drought Assistance and Recovery.

Special envoy roles have been reduced.

The jobs given to Tony Abbott and Barnaby Joyce to help keep them busy after last year's leadership spill now no longer exist.

Mr Joyce has not kept his drought envoy role, while no one has replaced Mr Abbott as envoy to Indigenous Australians.

Instead, Queensland MP Warren Entsch has been appointed special envoy to the Great Barrier Reef - the only envoy appointed.

"Warren has a passion across a whole range of issues in relation to the reef ... and he has a particular passion about oceans policy and the impact of plastics on our oceans," Prime Minister Scott Morrison said when announcing his cabinet in Canberra on Sunday.

Clearly no one had told Mr Joyce he was no longer needed.

"Just found out from you guys then," Mr Joyce tweeted in reply to a Sky News story about the cabinet.

After the tumultuous spill in August last year, Mr Morrison faced calls from media commentators to return Mr Abbott and Mr Joyce to cabinet to stop them destabilising the government.

Instead he appointed them to the envoy roles, which came with no extra money or staff.

Queensland MP David Littleproud will look after drought in his cabinet role, while Ken Wyatt has been appointed indigenous Australians minister.

The story Only one envoy and it's not Barnaby Joyce first appeared on Farm Online.