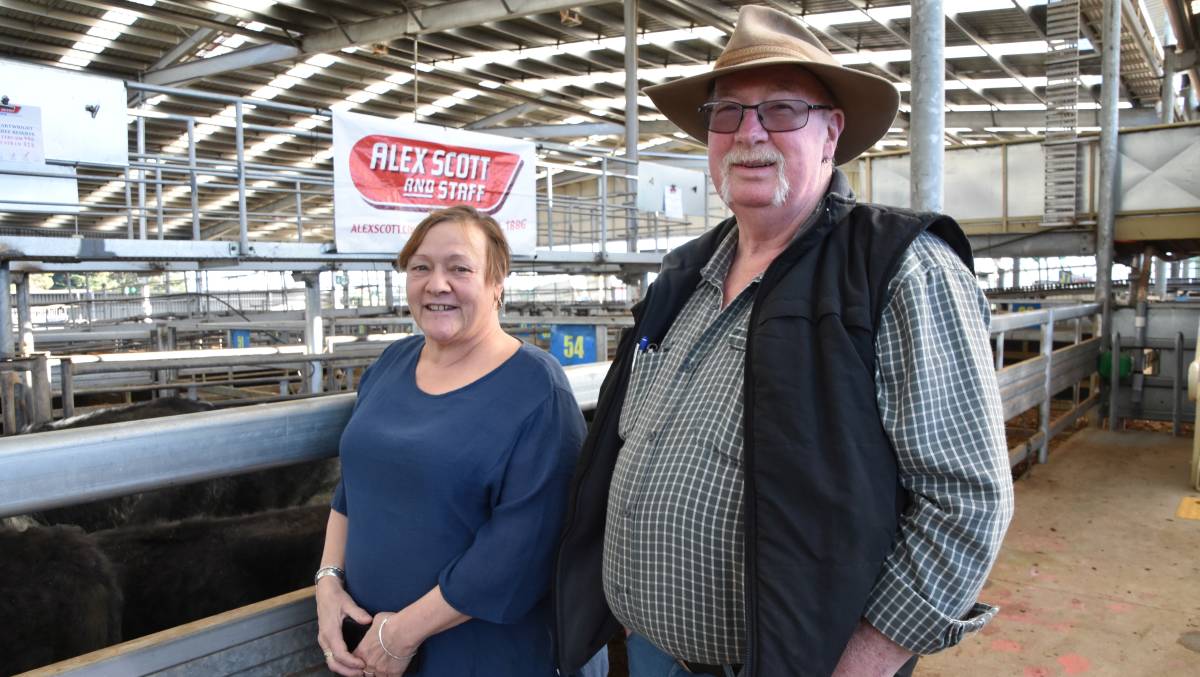 Cattle prices are holding steady despite the lack of a widespread break and increased slaughter levels.

Cattle prices are holding steady despite the lack of a widespread break and increased slaughter levels.

All eastern states cattle indicators opened the week higher, both on week ago and year ago levels.

The heavy steer indicator at 287.75 cents a kilogram carcase weight, nearly 20c/kg above the same time last year, continues to be the best performer as good quality, well-finished cattle remain in low numbers.

Meat & Livestock Australia market information analyst Toby Pitt said the demand for well-fed cattle had remained "remarkably strong", on the back of the lack of rain making it hard for producers to put weight on stock.

"However last week we saw cattle slaughter at its highest weekly level for 2019 at just over 156,000 head...we are seeing the dry conditions push anyone who has cattle that can go to slaughter as we head into winter.

"Slaughter does increase coming into winter as producers are always looking to offload as it is not ideal to have bulkier cattle in the harder season...but it is up nearly 10pc on this time last year for not dissimilar seasons.

"If we see a break in the season, we will see a rapid tightening of supply, but if it stays dry cattle will keep coming through and we will continue to see the price trend we are at the moment with finished cattle getting premium and young cattle struggling to find demand."

The Eastern Young Cattle Indicator (EYCI) was 469.25c/kg on Tuesday, back up 10c/kg for the week, but still down on a month ago when restockers had more confidence in the season.

Mr Pitt said the young cattle market had strengthened since February and was now sitting stable.

"We could potentially see an increase of prices with the turnaround of the season and if not supply will keep coming as people will continue to destock and are forced into selling above where they normally would," he said.

"Even though slaughter is high, it is going straight from paddock to processor, we haven't seen any increase in processor activity and yardings have been bang on average.

"But female slaughter was at 54pc through April so it is particularly cows being offloaded coming into winter - over the last fortnight the cow price has been steady - down 22c/kg on a month ago which is weather related rather than because of increased supply, as producers haven't seen the autumn break they are hoping for."

Mr Pitt added that lotfeeders were still trading stronger than processors and restockers, with feeders above 400kg climbing 40c/kg this week.

ANZ released its latest agriculture outlook this week, also pointing out the importance of the feedlot sector to the market, with lotfeeders buying half of all EYCI-eligible cattle in early 2019.

"The ability and capacity of feedlots to purchase cattle and trade at profitable margins has been critical in restricting the recent market low point to around 385c/kg cwt," the report said.

"The factors supporting lotfeeders' margins, despite the current high grain prices, are a tight supply of quality grass-finished stock, which is assisting to maintain grainfed prices, long-term low feeder steer and heifer prices, and a continuing strong export demand for Australian grainfed beef.

Mecardo analyst Angus Brown also focused on the feedlot sector in his latest look at the cattle market.

Mr Brown said delivered cereal and sorghum values had fallen 10-20pc since harvest, and grainfed cattle prices had risen strongly since January, at about 30c/kg higher than the start of the year for the past fortnight.

"While grain has gotten cheaper and the finished product more expensive, the continual dry has seen a decline in feeder prices...lotfeeders are currently paying similar money for feeders as earlier in the year, but are paying less to feed them, and receiving more for the finished product," he said.

"At current grain and grainfed cattle prices, lotfeeders could afford to pay 10-30 more for feeder cattle and still turn a small profit.

"Small profits are usually as good as it gets for lotfeeders over winter."