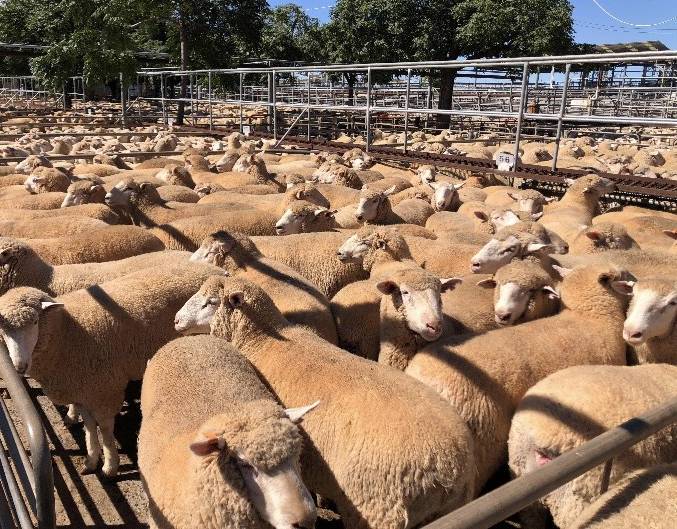 Lamb exports for May have lifted again signalling the overseas demand for Australian product is not diminishing.

THE traditional winter heavy lamb supply gap has hit a little earlier than normal, but if exporters want to keep up the month-on-month lift in lamb export shipments they may have to push the budget even higher to attract supplies.

Lamb exports for May have lifted again signalling the overseas demand for Australian product is not diminishing.

All up Australia exported a total of 29,540 tonnes (shipped weight) of lamb during May according to Department of Agriculture figures. That's nearly 2000t more lamb than was shipped during April.

The 2019 calendar year to date figure was also up about 13,182t when compared with the same time last year.

Breaking down the results further, the year to May shipments for NSW hit 29,017t, which was about 1120t more than the same period in 2018.

"The growth in demand from China and the US in particular, has translated into strong domestic farm gate prices, with the national mutton indicator breaking through 600c/kg (carcase weight) in May for the first time and lamb prices now on par with the record highs of August 2018," said Meat and Livestock Australia's Sheep Industry Projections June Update.

Lamb exports to China in May hit 7414t and continued the trend of solid demand to this market.

China purchased record volumes of imported product in 2018 and have continued to ramp up sheepmeat imports in 2019.

Australia also shipped about 5195t of lamb to the US during May. Australian lamb exports during the first quarter of 2019 jumped 27pc year-on-year, to 23,000t, spurred on by limited supply from Colorado feedlots.

But a reduced Australian breeding flock and generally poor lambing rates, combined with a poor weather outlook for winter has MLA forecasting a disruption to lamb supply in the coming months.

At the same time, MLA did concede that although supply was initially expected to be tighter in 2019, the first quarter lamb slaughter was up one per cent year-on-year.

The consistent lamb supply so far in 2019 is partially due to the highly irregular season, which has seen lambs that would typically reach slaughter weights last October to December hitting the market later than usual, MLA reported.

"In addition, faced with a lack of pasture, some producers were forced to offload more lambs earlier than initially planned."