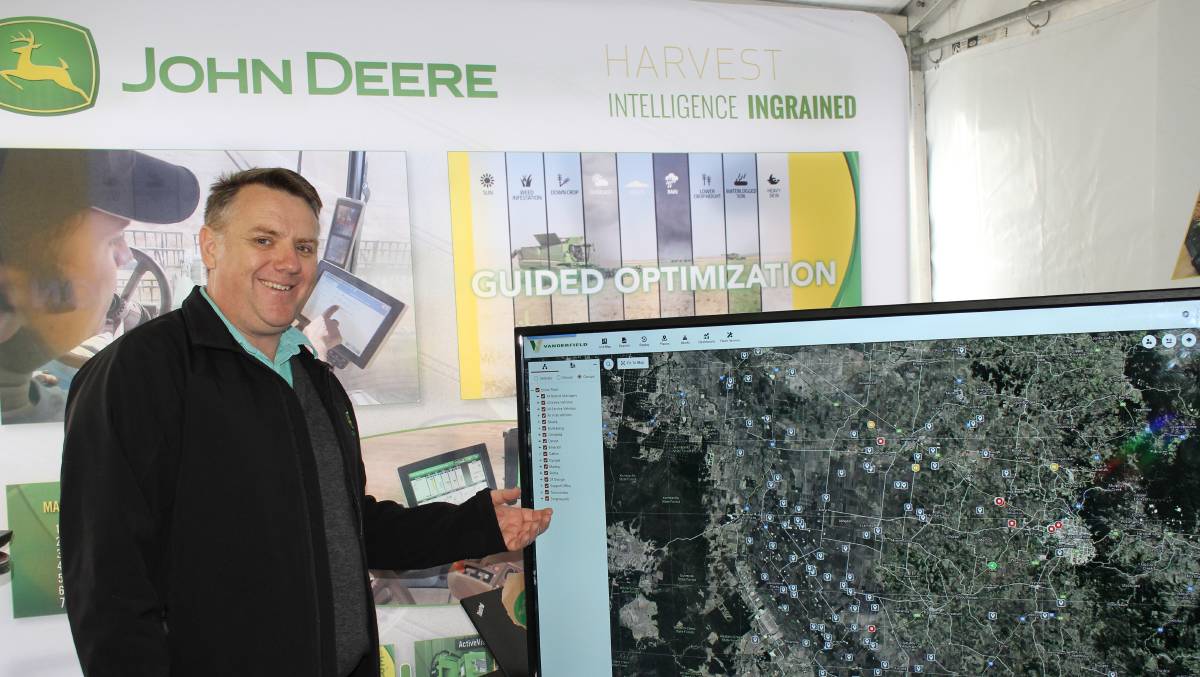 Intelligent machinery monitoring is ensuring service support is on its way before you even know you need it.

"John Deere machines now come standard with JDLink Telematics, which not only provides agronomic benefits, it also looks after machine health," he said.

"It allows us to look after the machines from a service point of view."

Mr Wallace said Vanderfield used an overview screen that allowed tracking of technicians travelling in the field as well as machines connected through JDLink.

"We can overlay our customers locations as well as our fleet of service vehicles," he said.

"If we have a breakdown in a location we know to send the closest technician, allowing us to effectively and efficiently get our customers serviced."

Mr Wallace said a new feature released last month allows Vanderfield to manage its technician fleet based on the urgency of a job.

"We are monitoring the machines live, this allows us to see if an alert is triggered or even to see what we call expert alerts, which are preemptive," he said.

"Expert alerts gather information, the driver of the machine may not notice anything, but the data collected while it is working is sent back to John Deere in the US and they can then preempt that there might be an issue with the machine about to happen.

"From that we can react, let the customer know that machine needs to stop and a technician needs to be sent out."

Mr Wallace said the system also allowed contracted servicing to be monitored, ensuring technicians and parts were on hand when work needed to be done.

"The engine hours are fed live to us, so we can schedule that workload," he said.

Mr Wallace said if there was insufficient service for data to be live gathered from the machine, it would be sent once it went back into range.

"Vanderfield have a team of five staff continually monitoring the machines from Toowoomba," he said.

Mr Wallace said to ensure there was a continual pool of trained service technicians two years ago Vanderfield developed its own apprenticeship program.

"Like most companies it can be hard to find a technician, se we started the Mechanical Advantage program where we develop apprentices with a strong emphasis on the Vanderfield and John Deere systems," he said.

"They still complete a government apprenticeship, but we give them two weeks additional training at our centre in Toowoomba."