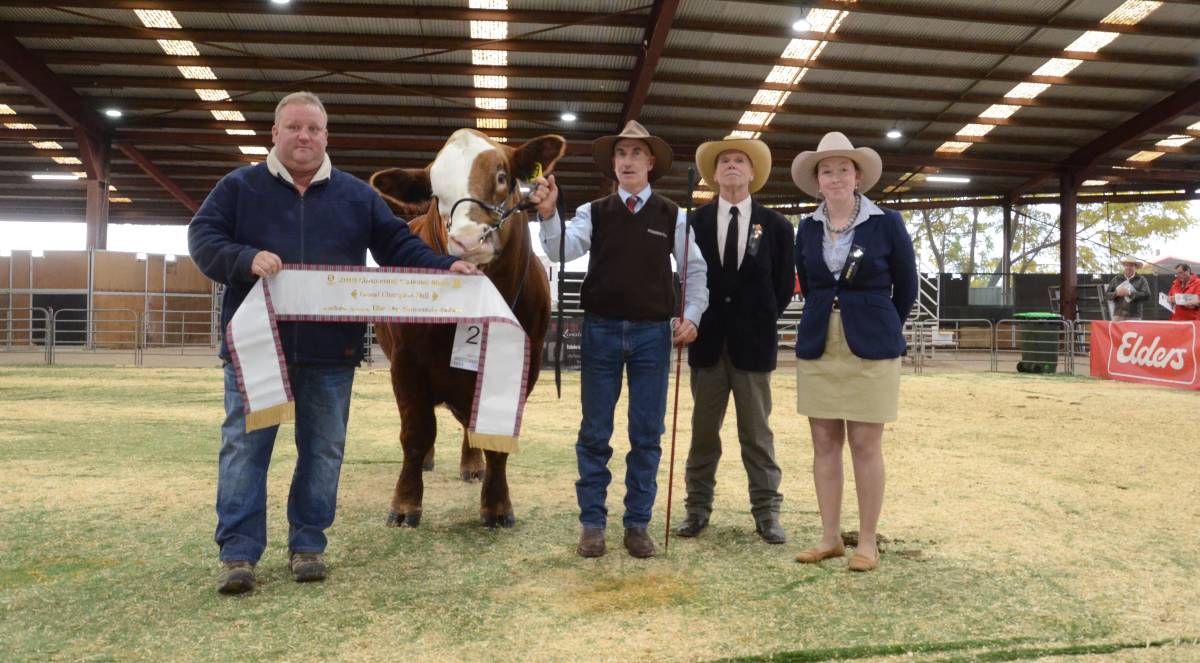 Judges spoke highly of the calibre of Simmental exhibits at the third annual Simmental National Show.

Buyers of the senior and grand champion bull would be exceedingly happy to have him in their paddocks, according to the judge, Robert Hutchinson, at the 2019 Third Annual Simmental National Show at Dubbo last Tuesday.

Mr Hutchinson was praising 25-months-old Settler Nelson, a son of Woonallee Harry, bred and exhibited by Richard Wilkinson, Settler stud, Bringelly, and weighing 1034 kilograms at 25 months and displaying an eye muscle area (EMA) of 135 square centimetres and fat distribution of 10 millimetres at the rump and 9mm at the rib while carrying at 38cm scrotal circumference. "He's such a big bull and floats around the ring. He's so relaxed he really knows this ring and holds his head up so easily. He's got real sire appeal," Mr Hutchinson said.

Miss Rayner said Power Surge was a clear standout in terms of completeness and overall balance. "There's plenty of length and punch to him," she said.

Power Surge weighed 612kg at 15 months with an EMA of 120sqcm and SC of 36cm and is the first Kill Switch son to be shown in Australia. 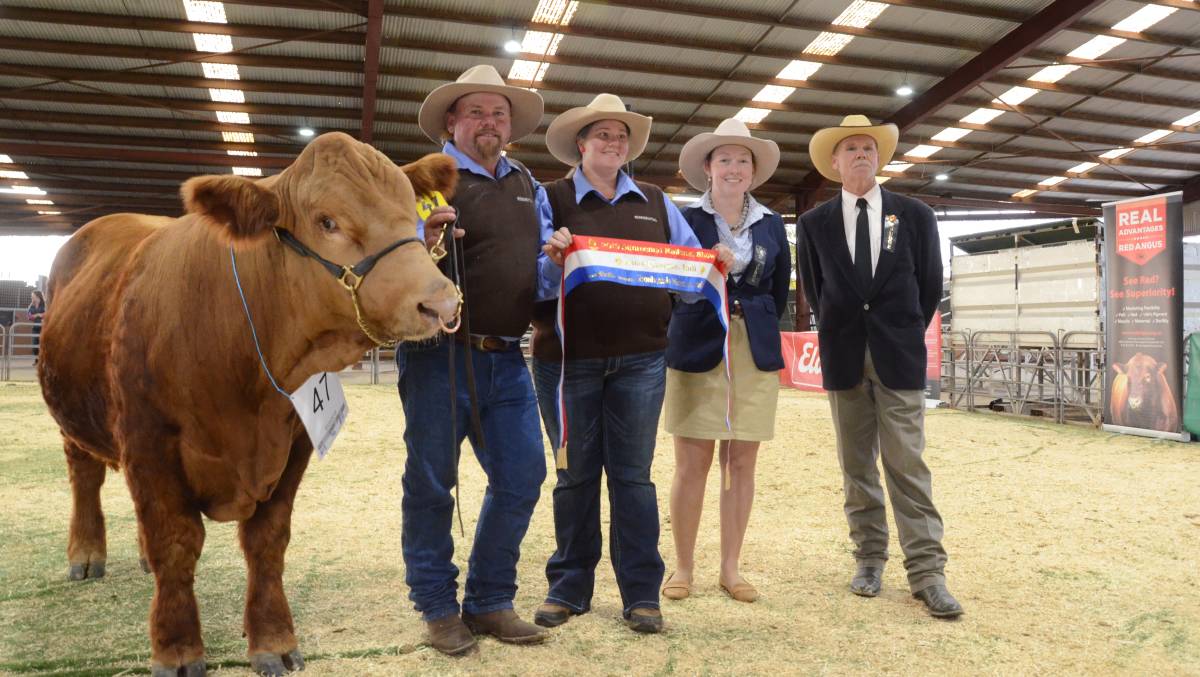 Junior and grand champion female, Loaderry Poppy, by Tullatoola Just Right, was shown by Luke Adams, Londonderry, and highly praised by both judges.