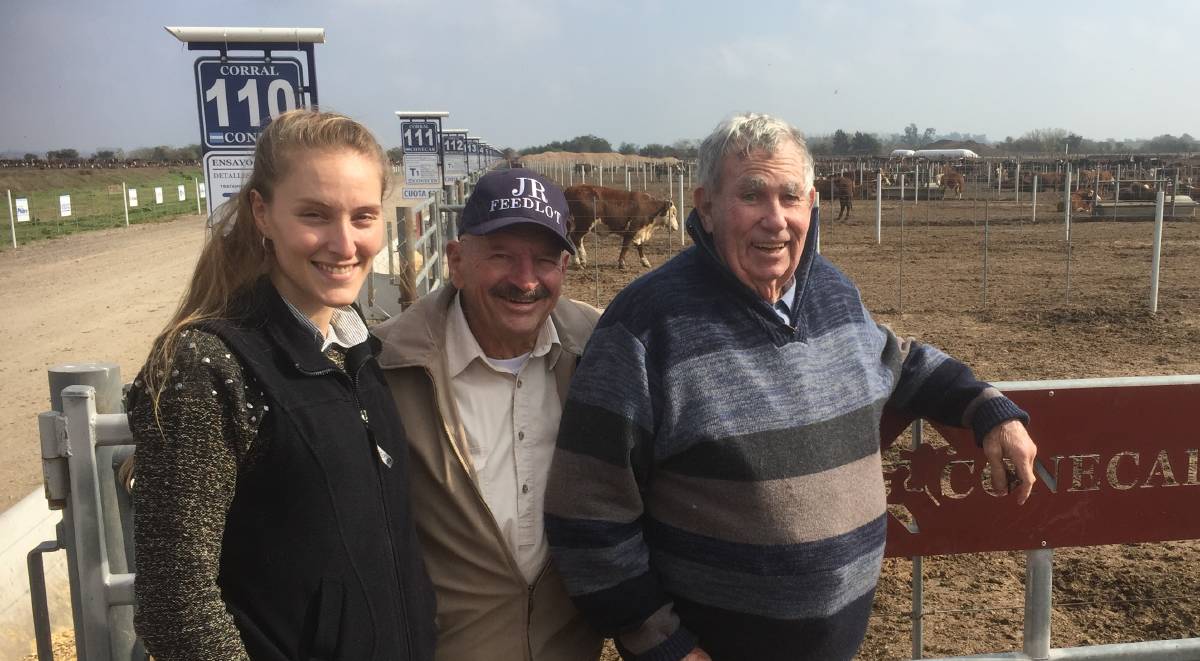 AUSTRALIAN beef producers gained an invaluable insight into the South American feedlot sector during a visit to the Conecar Feedlot in Argentina's famed Panpas region.

The 10,000 head showcase feedlot is located at Carcara in the Santa Fe Province, about 350km north west of Buenos Aires. The yard was visited during the recent Alltech Lienert beef tour to Argentina.

Conecar is predominantly a custom feed yard servicing 12 customers who supply beef into both domestic and export markets. Any spare capacity in the facility is usually taken up by the owners of the yard, who also operate a premix and stockfeed plant supplying other feedlot operators. 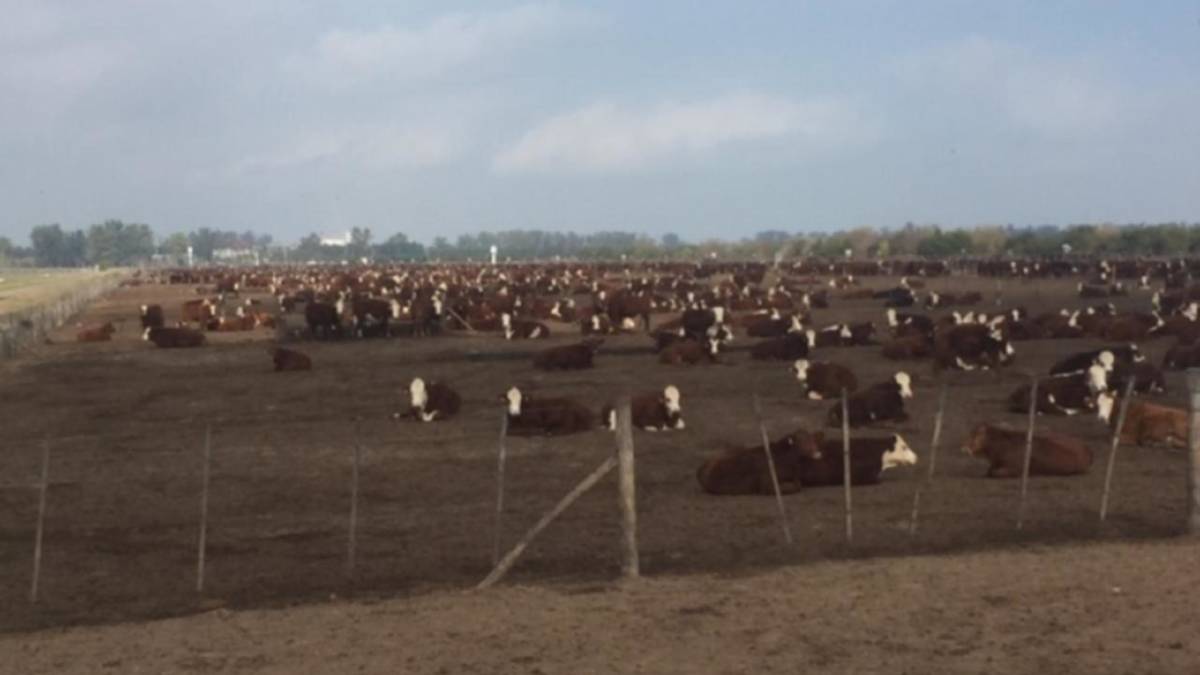 Commercial manager Matias Medina said cattle entered the yard weighing about 270kg and were sold at 450kg for the equivalent of only about A$635/head (about A141c/kg live).

Productivity was also below Australian expectations.

"We operate on minimum weight gains of about 1.2kg based on 9kg intakes and a 7:1 feed conversion ratio," Mr Medina said.

"Like everywhere cattle are fed, it's a constant battle between the cost of inputs compared to the ultimate price achieved." 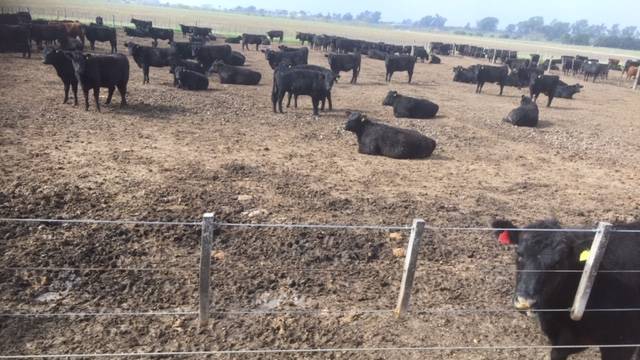 A long fibre is absent from the ration. Peanut shell is the only true fibre source in the finisher ration.

Alltech's Optisync is also added to lift protein in the ration with the slow release nature of the product designed to aid fibre digestion in the rumen.

Interestingly, the starter diet is only used for the first 15 days. The formulation contains lucerne hay, higher vitamin levels and the antibiotic, chlortetracycline,for overall health. To help prevent bovine respiratory disease the antibiotics tilmycin and mycotil are also added.

The strong focus on high quality nutrition and animal health certainly pays off with the yards recording a mortality rate of less than 1pc.

Alltech Lienert nutrition advisor Toby Doak said the most noticeable difference between Argentinian and Australian yards was the stocking density, with about twice the area given to each animal.

"That's about assisting with coping with challenges such as high rainfall in this area," Mr Doak said.

Mr Doak said he was also very impressed by the use of individual electronic identification tags on each animal.

"The feedlot is trialing new technology where pens of cattle are trained to walk over scales between the feed bunks and the water troughs," Mr Doak said. 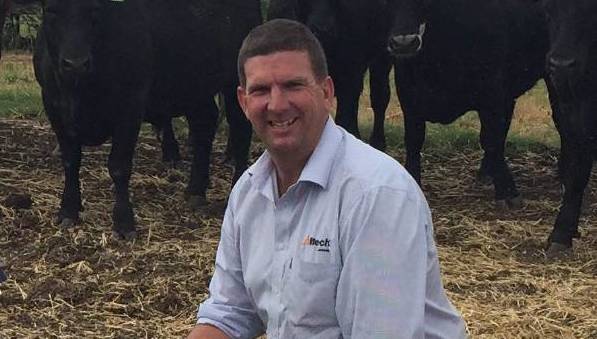 "Up to eight weight measurements are being recorded a day per head, meaning non-gaining cattle can be quickly identified and whole pen performance can be assessed enabling more informed decision making on feeding and husbandry practices.

"The information is very valuable as it removes the need to weigh cattle mid-program, which can cause growth checks.

"It also means in certain programs cattle can be removed from the yard when feed conversions fall below desired profitable levels," he said.

Argentina can certainly be considered a beef powerhouse, running an impressive 53.5 million cattle.

But scratch the surface and it's soon revealed Australia is almost achieving as much with a lot less cattle. 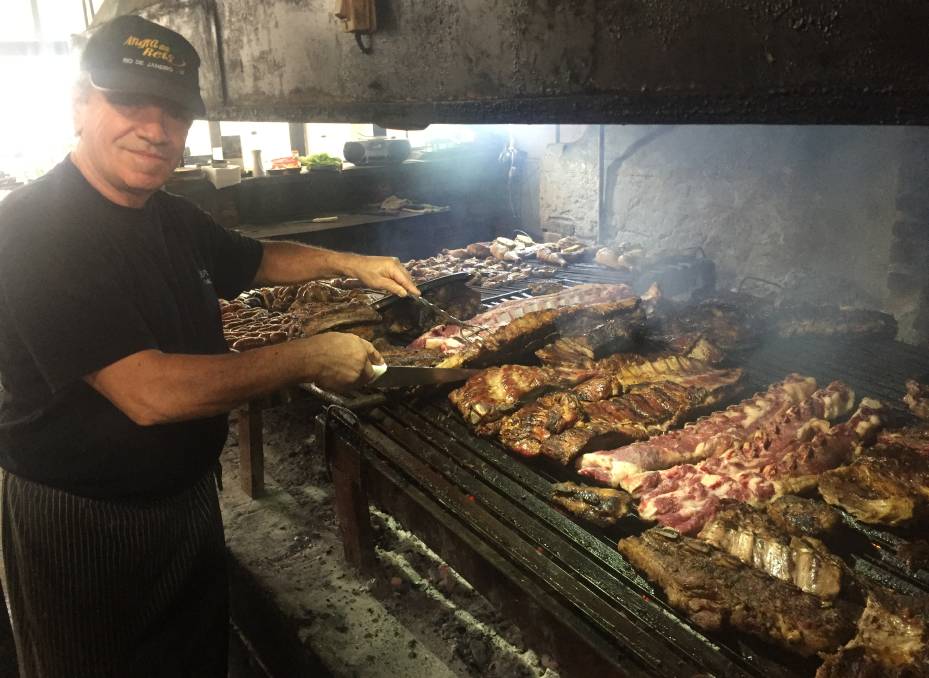 Beef is big on the menu in Argentina. Street side barbecues can be found everywhere.

According to Meat and Livestock Australia figures, Australia was producing only slightly less beef (2.13 million tonnes) from its pre-drought 27.2 million head herd, compared to Argentina (2.76mt). Add the 885,000 cattle Australia exports live and the production number is even closer. 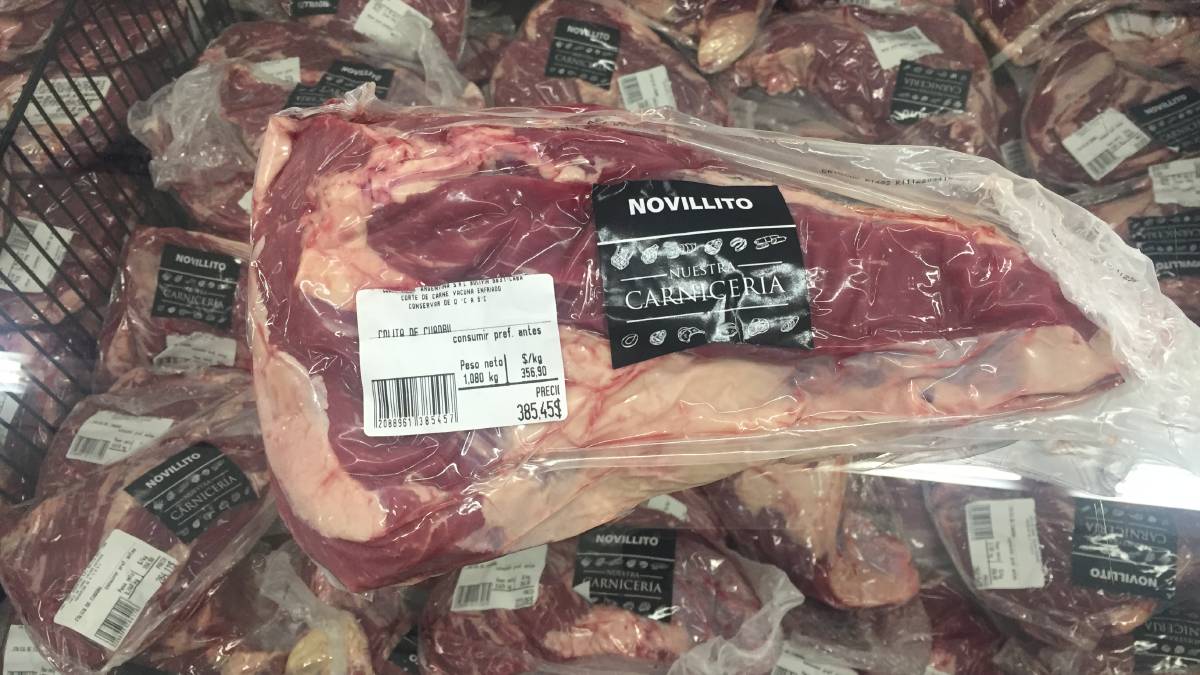 This striploin was on sale for about A$13/kg in a Walmart supermarket in Argentina.

One notable difference is consumption. The average Australian eats eats only 26.4kg of beef. Argentinians just love the stuff, consuming an enviable 56.6/kg.

In fact, participants on the Alltech Lienert tour to Argentina found while pork was pork and chicken was chicken, the all encompassing word for beef was meat.

Interestingly, the top five markets are the same: China, EU, US, Israel, and Brazil.

- Mark Phelps traveled to Argentina as a guest of Alltech Lienert.

RELATED STORY: 'Made in the shade: Argentinian dairy sets the pace'.