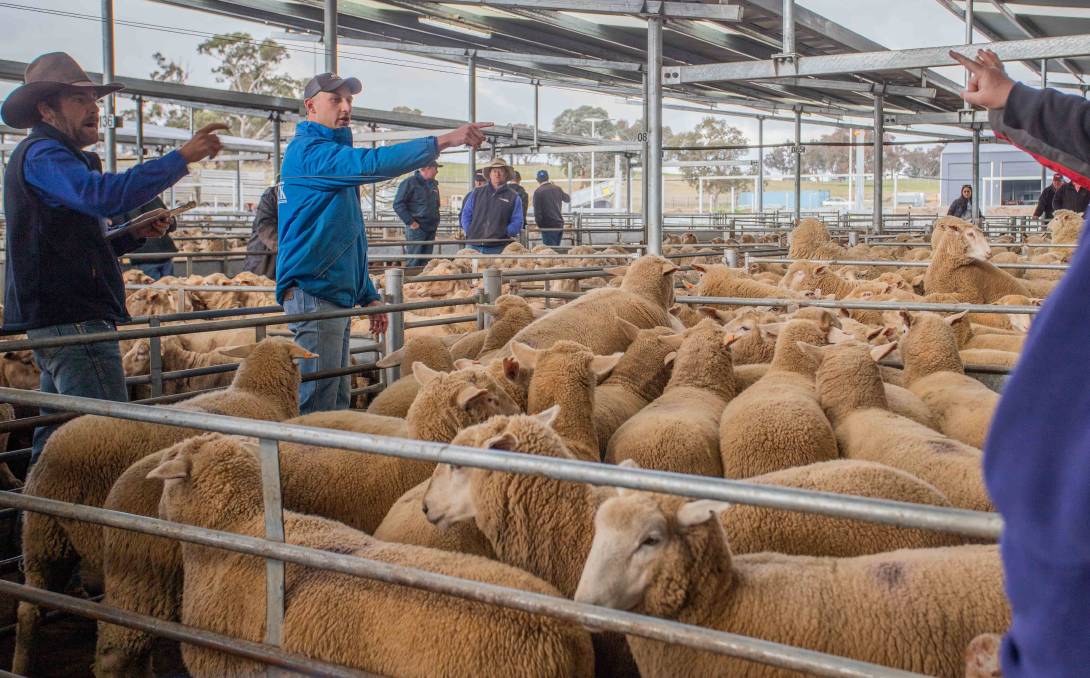 Nathan Sheahan and Sam Hunter of Agstock during the record lamb sale for the South Eastern Livestock Exchange on Wednesday. Photo: SELX.

Lambs at Forbes on Tuesday sold to a top of $344 a head, while at Yass yesterday lambs hit $342 a head. Both are record prices for those individual centres.

The top priced lambs at Forbes were offered by Malcolm Cruickshank, Parkes, for an excellent line of well finished lambs. His top pen hit $344, while the average across 250 head was $326.32.

Traditionally, once new season lambs start to hit the saleyards the lamb market cools, however the price slip may not be as evident this year due to limited supplies.

This week a handy supply of sucker lambs hit the Forbes market, but prices for trade lambs still lifted on average $3 to $4 a head.

The lambs were estimated to weigh 38 kilograms (carcase weight), making the sale 900 cents a kilogram.

He said the high prices were due to a shortage in numbers due to the drought.

New season lambs also made an appearance at Cootamundra lamb sale yesterday selling from $195 to $231/head.

Once again the trade lamb market was dearer indicating no negative affect on older lamb prices.

At Cootamundra the top heavy lambs sold for $314 a head.

Although the yarding at Carcoar this week was generally plainer, trade lambs were still $4 to $6 dearer.