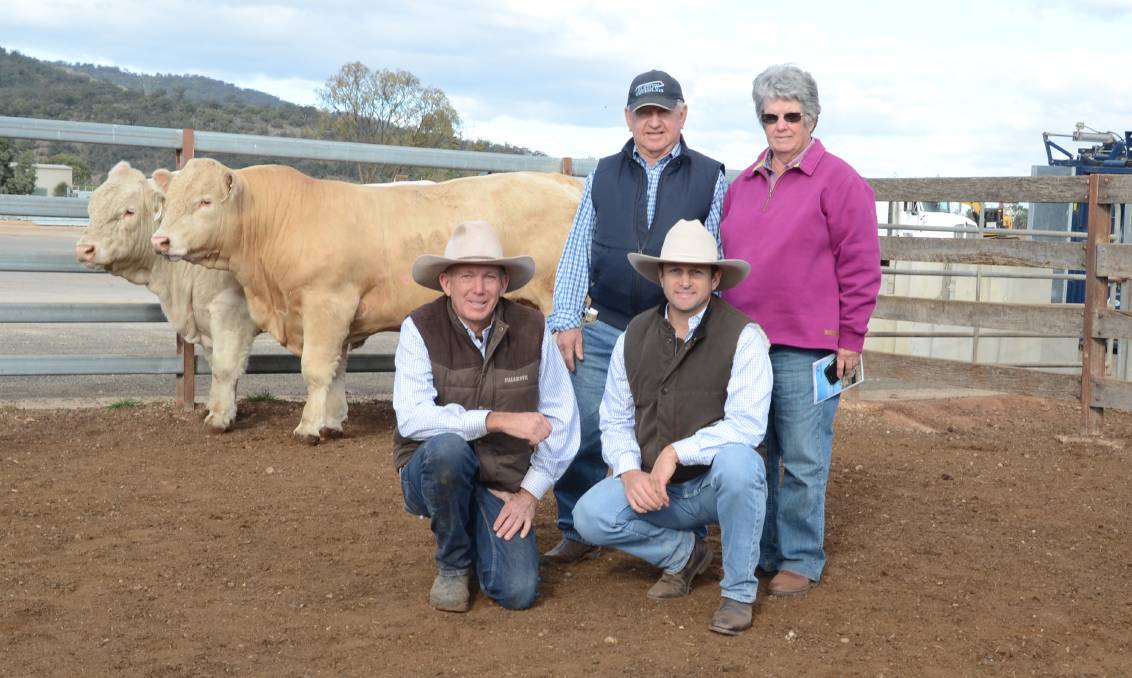 Bruce and Margaret McConnaughty were not going to be the losing bidders this time.

They stuck to their guns last Friday to secure Palgrove Natural (P) for top price of $22,000 at the Palgrove Hunter Valley bull sale, Scone, where 37 of 40 bulls sold to three states and averaged $6487.

Another three bulls sold after the sale to effect a total clearance.

Mr McConnaughty said he was the losing bidder in Natural's full brother at the Palgrove on-property sale, Dalveen, Queensland, last year, and was looking for a low birth-weight bull with homozygous polled genes and the red factor.

"He has a good pedigree, is in the top five per cent for fat cover and has an eye muscle area (EMA) of 141 square centimetres," Mr McConnaughty said.

Palgrove Natural is by TR Red Smoke and from Palgrove Bronwyn D69E by Palgrove Yukon Jack and weighed 842 kilograms at 22 months.

Elstow runs 200 females at Baradine and was established in 1978 on Rosedale females and a Palgrove bull.

Palgrove stud principals, David and Prue Bondfield, were delighted with the result, given the prolonged dry conditions throughout the Eastern Seaboard.

"The sale defied the dry conditions and the number of cows that have been sold out of the Hunter, "David Bondfield said.

The stud enjoys strong following from the Hunter Valley and presents bulls suitable for this beef breeding region, however, breeders from other areas and states are now also attracted to the annual offering as two bulls sold to Victoria and three to Queensland.

Three bulls sold at $12,000 each, the first Palgrove Necessity (P), was purchased by Ben Avery, Allendale, Blackall, Qld, and the third, Palgrove Nile (P), was secured by Maureen Jackson, Forbes.

The second bull selling at $12,000, Palgrove Nevada (P), was one of six bulls purchased for a $6917 by Peter Hannigan, Numulgi, near Lismore, who runs 500 black baldy breeders and began joining those to Charolais bulls some three years ago.

The sale was conducted by Davidson Cameron Clydsdale Taylor and Company, Scone, and McCallum Inglis & Co, Scone, with Luke Scicluna the auctioneer.