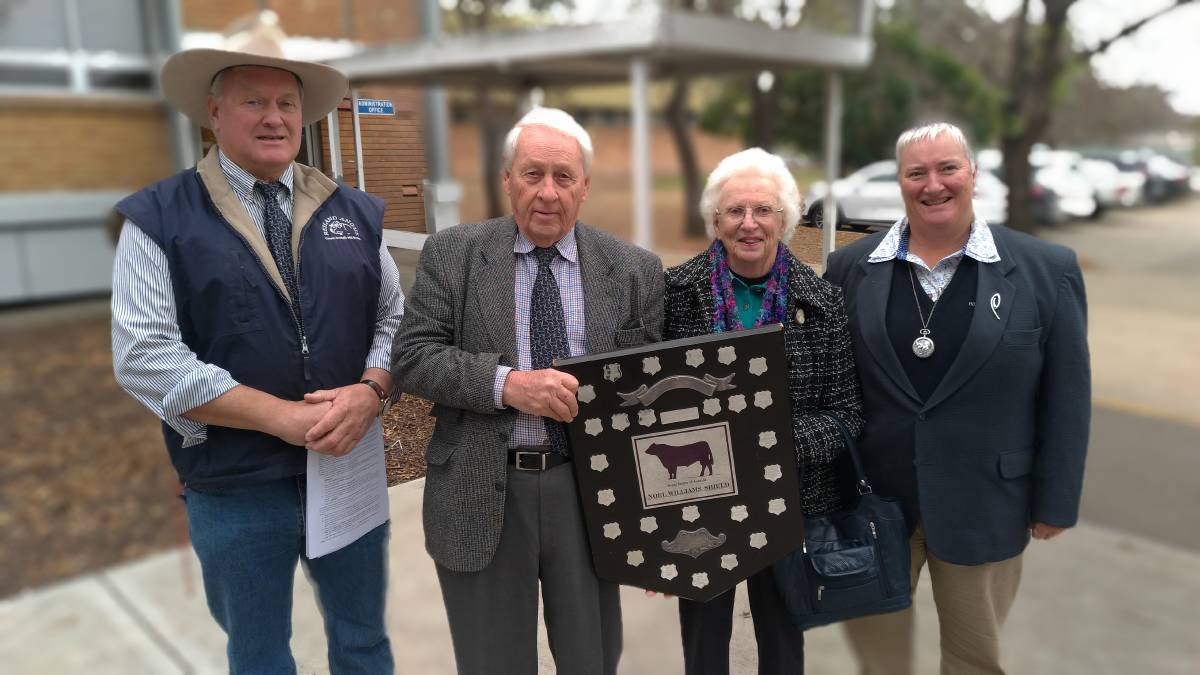 Scone High School has won the coveted Noel Williams Shield for the eighth time from the NSW State Committee of Angus Australia.

Students from the Upper Hunter studying agriculture at Scone High School prepared a steer which won the coveted Noel Williams Shield sponsored by the NSW State Committee of Angus Australia.

This was the eighth time a steer from Scone High School as been awarded the shield.

The Noel Williams Shield and prize money is awarded each year to the school with the highest scoring Angus steer in the Sydney Royal Easter show school steer competition.

The school steer section was first presented in 1994.

The shield is named after an instigator of the competition, Noel Williams, Berry Mountain Angus, and was presented this year by NSW State Committee of Angus Australia president Mark Lucas.

Scone High School agriculture teacher Justin Newling was justly proud of the recognition considering the amount of time the students have committed to the care of the steer.

"We have a very keen group of students studying agriculture and the preparation of a steer for the show is a major part of the curriculum," Mr Newling said.

"They spent 14 weeks preparing the steer for show, from the time he was broken to lead and including the feeding and grooming.

"It was a real thrill for all the students."

Mr Newling said the Scone High School has been involved with the showing of steers at Sydney since 1986 and the work involved shows the students the necessary attention in looking after livestock.

"It is really important as they learn how to feed livestock, how to behave around them and be mindful of their health and welfare," he said.

The NSW State Committee of Angus Australia presents the shield and it is sponsored each year by Reiland Angus, Gundagai and Tumut.

The winning steer was bred by B and M Brooker, Maincamp, Upper Rouchel weighed 536kg and achieved a total score of 81.5 points.

The shield has traveled to many parts of NSW and was once presented to Downlands College, Queensland.