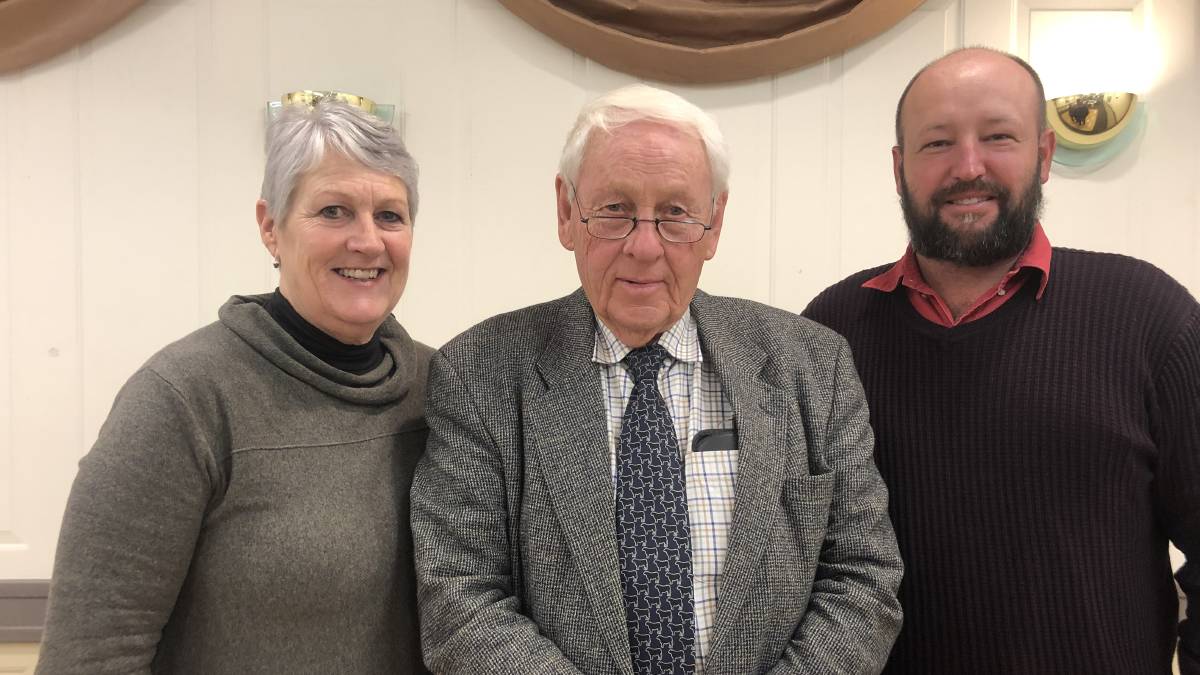 When the long serving supporter of the Angus breed in Australia, Richard Buck began work as an auctioneer's clerk at Sydney's Flemington saleyards in 1956, there was hardly an Angus in sight.

But since that time, he has watched the breed blossom over the decades and he is now stepping down as NSW State Committee of Angus Australia secretary/treasure after 25 years in the role.

During that time Mr Buck served in a secretarial role under 13 chairs of the NSW committee, and presided over an excess of 100 state committee meetings.

"The NSW State Committee and Angus Australia have grown enormously over those years,'' Mr Buck said.

"At the first Sydney Show in 1995 that I attended as secretary/treasurer, only a handful of Angus cattle were exhibited compared with the 2019 Angus Feature Breed Sydney Show where over 350 Angus bulls, females and steers were shown.

"I give credit to the NSW State Committee members and sponsors who have formed and supported the Norman Lethbridge Award, the Noel Williams Shield and the newly established Business Recognition Award.

"Without the support of those members and sponsors, the youth support given would not have been able to have been continued over these many years.''

Mr Buck has an unbroken attendance of the Sydney Show for the past 74 years.

During the 1970s and 1980s he auctioned steers, pigs and horses at the Moore Park Showgrounds.

As a small boy he grew up close to the showgrounds and would call on the dairy exhibitors to fill his billycan with fresh milk each morning at showtime.

He worked out of Flemington saleyards, the second oldest saleyard in NSW, for Country Producers Selling Co (CPS), and recalls the yardings were mostly Hereford and Shorthorn cattle in the 1950s.

"Flemington saleyards was located between the main railway line at Flemington Station and Parramatta Road, where the fruit and vegetable markets are now,'' he said.

"The floor of the saleyards was constructed of black cobble stones (across 12ha) which were brought from Britain as ballast in the sailing boats.

"The sailing boats were then reloaded with wool and sent to Britain.''

Mr Buck was appointed the manager of the fat stock department for CPS at the new Homebush saleyards in 1974 before he and his wife Jan started their own business, Richard Buck Stockmaster, in 1975.

Homebush saleyards were closed in 1990 to make way for the construction of the Sydney Showground and Sydney Olympic Park.

"The Angus breed itself just celebrated 100 years so that puts his contribution into perspective,'' Mr Lucas said.

"This is a man who has dedicated his life for 25 years doing the most brilliant service at not only state level but the benefit of Angus and the improvement of relationship building as a whole.''