With 56 registered bidders from four states interest was very strong.

Cascade stud manager Jack Smith was stoked with the result of the sale.

"With bulls being sold to Victoria right up to West of Bundaberg, Queensland, it's an incredible result with thanks to the support of our new and repeat buyers" he said.

The $18,000 top-priced poll Hereford bull and top price bull of the sale was 17-month-old Cascade Anzac P004, the only son of Injemira Anzac H006 L055 offered and was purchased by Bill & Kathy Lambert, Taronga, Paschendale, Victoria. They made the 2800km round trip to view the bull and were determined to take him home after seeing his linage in the flesh.

Bulk Poll Hereford buyers on the day were Okeview Pastoral, Wagga, who purchased seven bulls for an average price of $6857 and a top price of $9000. 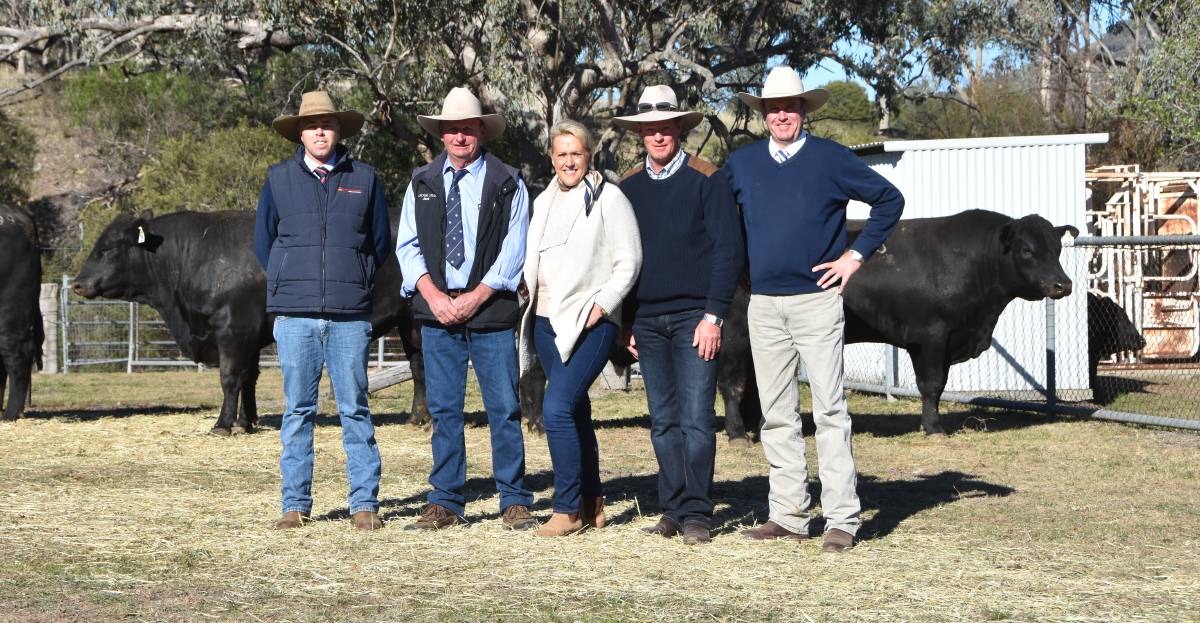 Bulk Angus buyers on the day were Philip and Belinda Tongue, Llanillo, Nundle who purchased three bulls for an average price of $7333 including the second top price Angus bull Cascade Ludlow N93 for $9000. "I like the lines, the genetics and the performance of the Cascade bulls" he said.

"When Cascade purchased the majority of the Bobanken stud, I followed the lines and purchased bulls from Cascade for the next 16 years" he said.

Sponsored by
Great success for small Poll Merino stud
Test
Beef, sheep and goat producers were given the latest regionally relevant insights.
Test
Almost all of NSW will see some rain this week as a north west cloudband sweeps across the state.
Test
China's demand on global markets will be sufficient to support all grain prices.
Test
JBS grass-fed program now has framework to ensure on-farm practices meet emerging consumer demands.
Test
What's a day in the life of a Clergate Public School student? James is here to tell us.
Test
State Government dissaray as Health Minister forced into isolation
Test
The NSW Government has today started to process previously successful rebate applications as part of the Emergency Water Infrastructure Rebates Round 1 ahead of Round 2 going live on July 1 2021.
Test