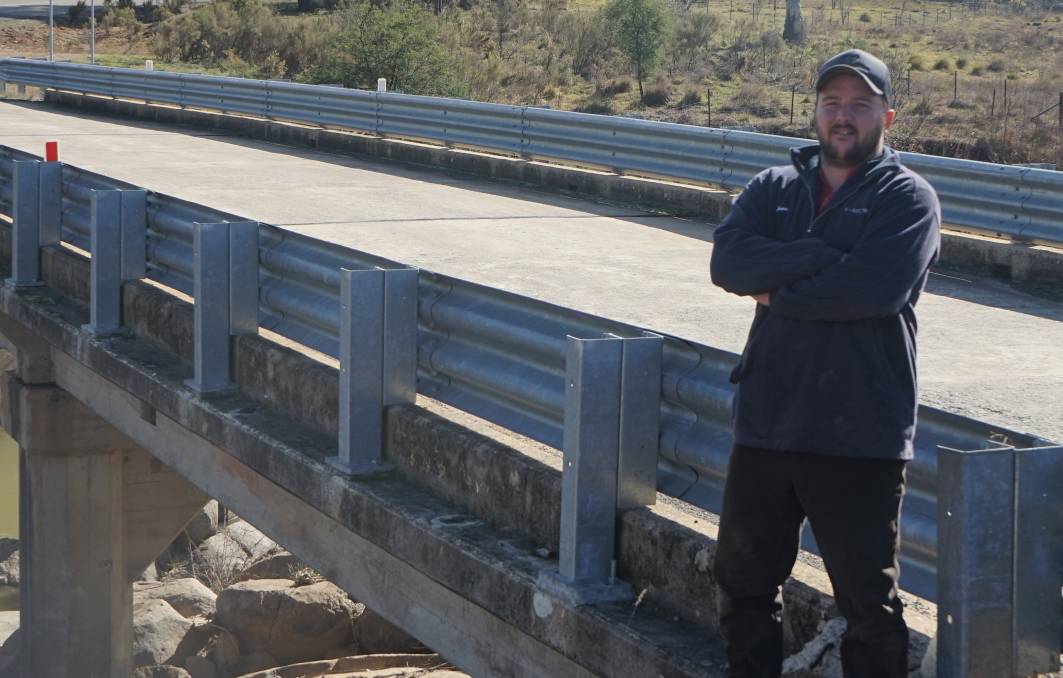 Scott Kensit at Old Man Gunyah bridge where load limits have been reduced to 7t for a single axel vehicle. Mr Kensit said the load limits will affect which markets he can send stock to.

Producers and drivers in the Upper Lachlan Shire say reduced load limits on bridges will cut off transport links and skyrocket cartage costs.

The Upper Lachlan Shire Council reduced the load on three concrete bridges, closed one, and will introduce further limits to 12 timber bridges within a week.

The limits were introduced as a safety precaution following an assessment by consultants Pitt and Sherry.

Cattle and sheep producer Scott Kensit's property 'Hollywood' is blocked by two bridges along a b-double route between Boorowa and Crookwell.

Mr Kensit regularly transports stock along the route to feedlots and sale yards.

"All my steers go to feedlots, a lot go out through Boorowa. If I go to Carcoar they would normally go along that route."

"Last year I had three B-doubles come in with fodder and three semis worth of grain, as well as truckloads of sheep and loads of cattle.

"I'll just have to wear it, but it limits my markets I can send stock too," Mr Kensit said.

He said that operators are having to bypass Boorowa Road and add an extra 100 kilometres onto their journey.

The council is looking into the installation of temporary measures at the concrete bridges.

"The council apologises to the community for any inconvenience caused but public safety must be our number one priority," acting general manager Andrew Croke said.