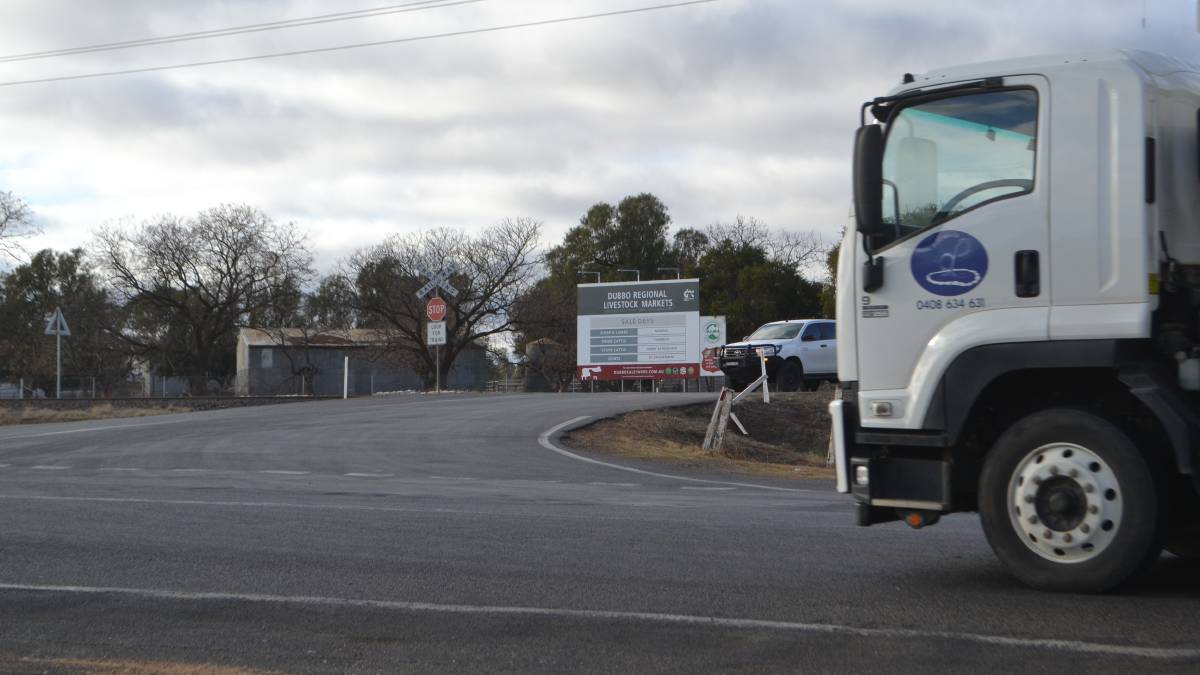 Works will include realignment and widening of the road, creation of dedicated turning and deceleration lanes.

The Boothenba Road intersection outside of the Dubbo Regional Livestock Markets (DRLM) will soon receive major upgrades due to funding from the NSW Government's Drought Stimulus Package.

Works will include realignment and widening of the road, creation of dedicated turning and deceleration lanes, widening of the median islands and new signals at a level crossing intersecting Boothenba Road near the Newell Highway.

Construction is expected to be completed in late 2021.

The NSW Government announced the $170 million Drought Stimulus Package as part of the 2019-20 budget.

Ross McCarthy manager of the DRLM said the announcement of the upgrades was fantastic and meant a significant amount of safety improvements to livestock and agents who use the intersection.

"This road is essentially the northern bypass to Dubbo, it links the Golden, Newell and Mitchell Highways," he said.

"It will also have great animal welfare outcomes and also truck maintenance outcomes because all the traffic stops at the intersection's stop sign and they will be able to just keep rolling now so it will increase efficiency and just be safer."

Mr McCarthy said depending on seasonal conditions the DRLM can draw agents and livestock from as far as Victoria, Queensland and South Australia.

"We've even traced sales coming in from the Northern Territory."

Mr Barilaro said the drought was hurting beyond the farm-gate, which was why it was important to support jobs and regional economies.

This is a long-term investment which will help local freight, agriculture and mining businesses... - John Barilaro, Deputy Premier

The deputy premier said Dubbo was growing, but this sort of infrastructure was here for the long-term.

"Dubbo Livestock Markets has an annual throughput of more than 1.3 million sheep and 200,000 cattle and with heavy vehicles becoming more frequent, there is limited space to queue creating safety hazards and disruptions for drivers," Mr Barilaro said.

"This is a long-term investment which will help local freight, agriculture and mining businesses to save time and money and importantly, it is a shovel ready project that will immediately generate economic activity and jobs in Dubbo."

Dubbo MP Dugald Saunders said the upgrades are not just significant for Dubbo, but the wider central west region.

"This project will provide immediate stimulus to the local economy by creating work for tradies, suppliers and other local businesses, putting money into pay packets which will be spent locally, providing a positive flow-on effect for the central west," he said.