Midnight Oil topped the bill at this year's festival. 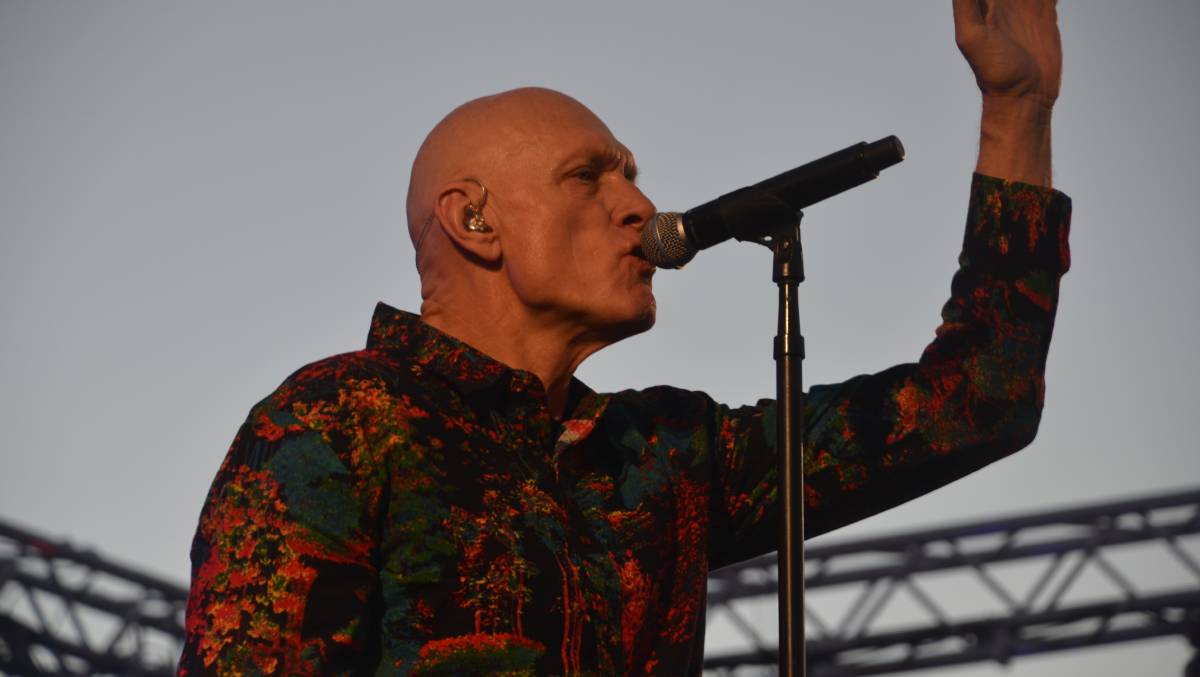 Billed as the "most remote music festival" the Big Red Bash takes place over three days against the jaw-dropping scenery of the Big Red sand dune, 40km west of Birdville, and it sold out in advance.

The event is slap bang in the middle of Australia, as front man Peter Garrett of headline toppers Midnight Oil put it.

"In case people from overseas are wondering how do Australians get to the middle of their continent, well this is how they do it," Garrett told the raucous crowd.

The time has come for Midnight Oil at Big Red Bash pic.twitter.com/uFxcvwXPiu

Garrett and the band took the stage on the final night, Thursday, and put on a huge show justifying the decision of organisers to delay the Bash by one week so Midnight Oil could play their only scheduled gig in Australia this year.

"We were in Dusseldorf, Germany two days ago so this is unreal," Garrett said.

Midnight Oil headlined a huge bill of artists including Kasey Chambers, the Living End, Steve Kilbey, 1927 and many others.

The story 40+ photos from the 2019 Big Red Bash first appeared on Farm Online.