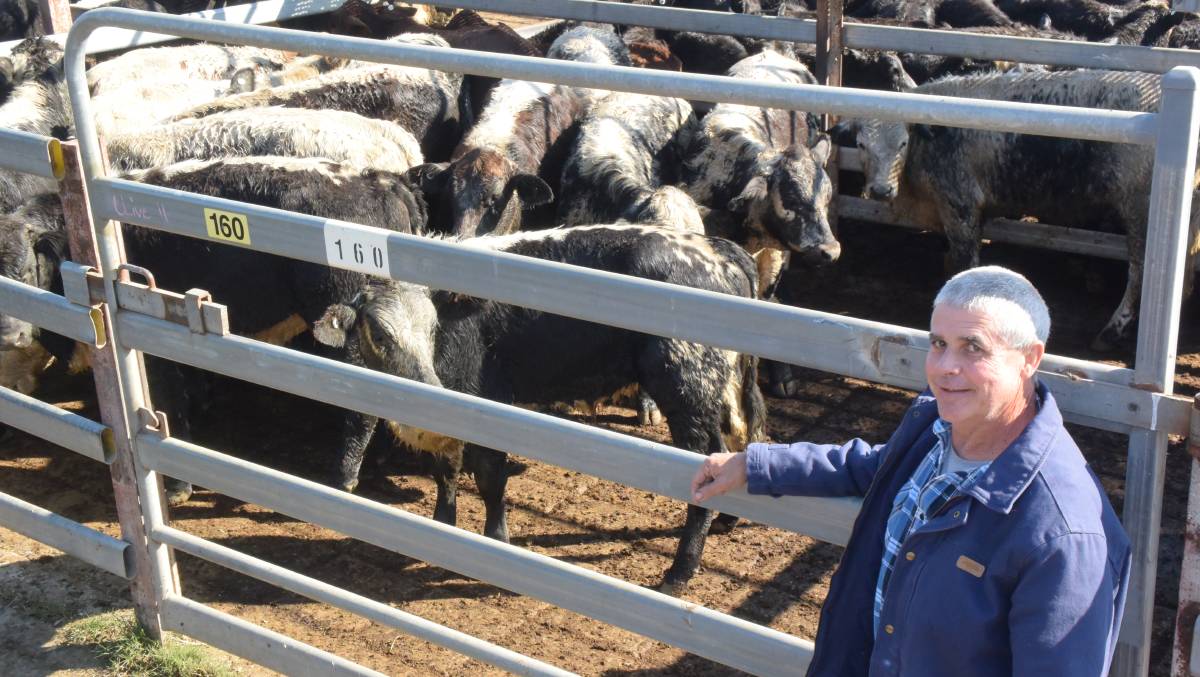 Peter Drayton, Southgate, with his first crop of tropically adapted Speckle Park which made 264c/kg or $704 on Friday.

As supply of good cattle continues to fall, prices rise and the best lines at Grafton store sale on Thursday reflected the market trend.

Cattle were sold to Victoria and Queensland, with some light weaners destined for a diet of pellets on the Darling Downs. A few cattle stayed local, but not many as frost and lack of rain have cruelled winter pasture. Trevor Winter, The Gorge, said he rode his motorbike over the river at the head of the falls and only wet half-way up the tyres when a meter would be more like it.

Mr Adams, in return, bought the valley's first run of AAA Speckle Park over Brahman/Hereford, 266kg, for 264c/kg or $704 produced by near neighbours Peter and Donna Drayton. The family's Charolais/F1, a more usual cross in this district, made 268c/kg for 290kg or $777. 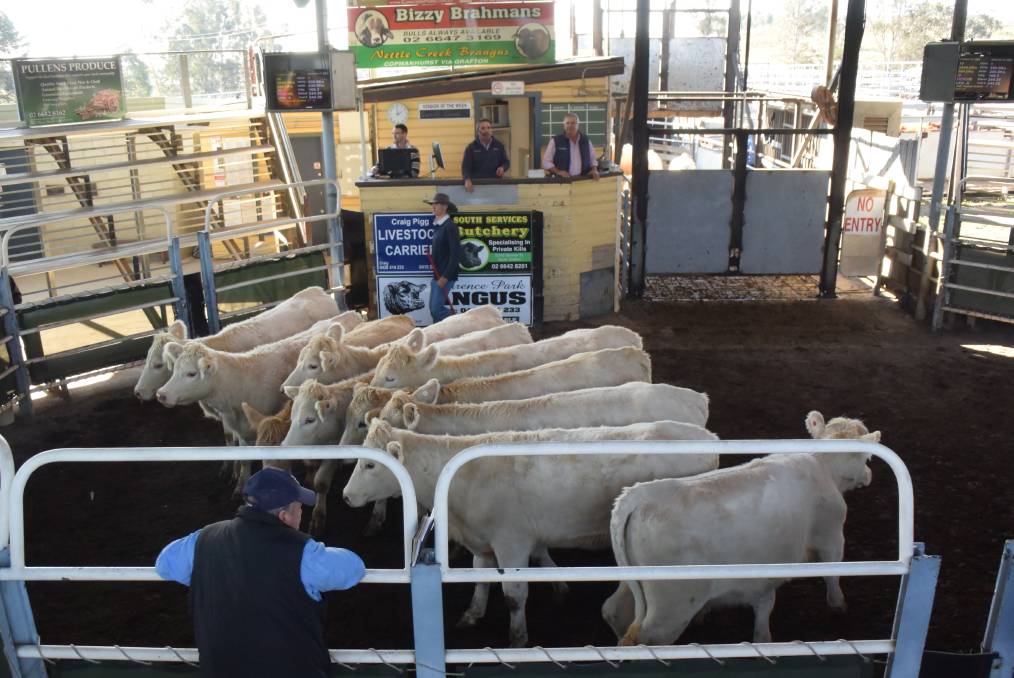 Best heifers were these Charolais from David and Vicki Munns, formerly Copmanhurst, making $945. 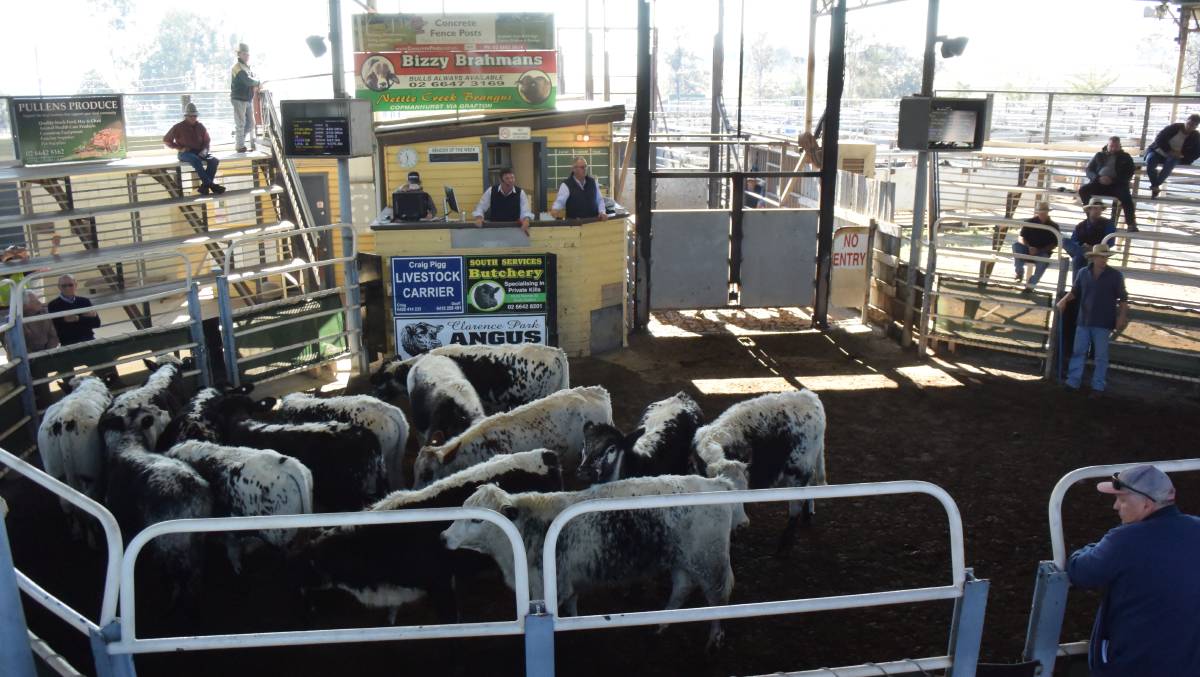 The first line of Speckle/F1 steers sold at Grafton saleyards offered an idea for the future. They were sold locally and we wait to see how they present down the track!

The best heifers were a run of the last Charolais out of stud cows from the Munns family, formerly Copmanhurst which had been on agistment at Dorrigo since April and presented in forward store condition making up to 246c/kg or $945 for 384kg. They were sent to Victoria for feeding ahead of processing.

Dry cows reached a top of 227c/kg or $1050 for 462kg of flatback Brahman cross which went to Northern Co-operative Meat Company at Casino for processing. 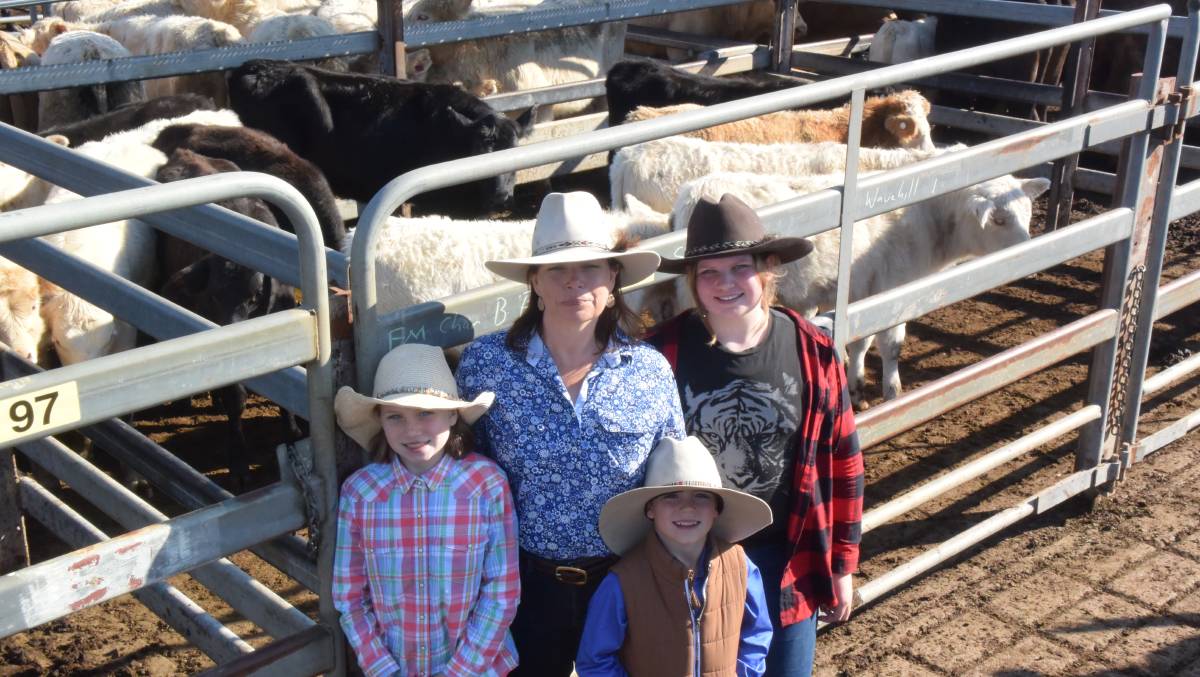 Simone Wills, Upper Orara, and her children Tayla, Aiden and Jorjaat the Grafton store sale on Thursday to look for cows and calves, which were in sort supply. They are next to a pen of Charbray from Brian Fahey, Ramornie.