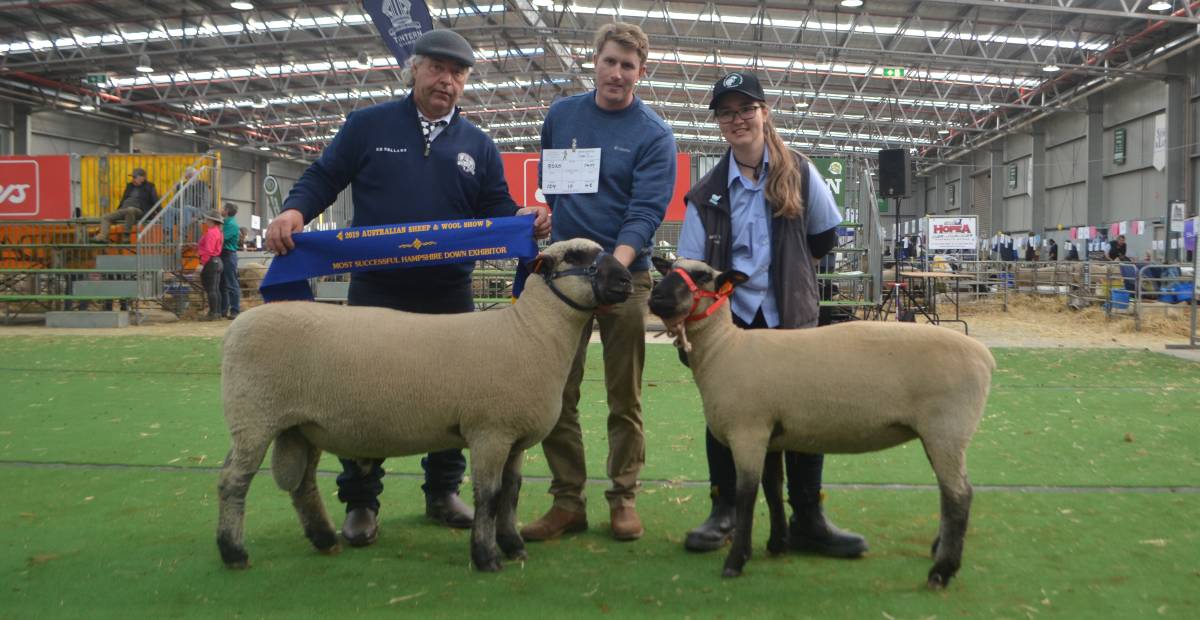 Mr Johnson has judged at the ASWS seven times.

As he worked through the classes to the championship for male and female, Mr Johnson pointed out to exhibitors and onlookers the value of the pelt on the sheep he awarded the championship ribbons.

"The Hampshire Downs are known for the value of their pelts and it adds to the return you get from these sheep," he said.

The supreme exhibit was awarded to the ram bred and shown by Mathew Hill, Aurora Park, St Helens Plains, for his champion ram which had been successful in the born between April and June 2018 class.

"He is an exceptional ram," Mr Johnson said.

"He has a great head, with a lot of meat through his twist, great bone and paraded well."

"He had a beautiful head and neck extension and his muscle covering was very good," he said.

When it came to the ewe championship, Mr Johnson said you couldn't judge the sheep on their potential, you had to judge them as you saw them on the day, when explaining his choice for the sash.

The champion ewe, successful in one the one and half year class and bred by Aurora Park, was considered by the judge to have the best hide in the show.

"She is a very nice ewe, and her pelt adds extra value when you come to sell them," Mr Johnson said.

"She has good bone and depth, with good wool all over."

The reserve champion ewe, successful in the one and half year class, was awarded to the Boonong Park stud, Langwarrin.

The group of one ram and two ewes, any age was won by the Boonong Park stud, while Aurora Park showed the group under one and half years.

Aurora Park was the most successful exhibitor.