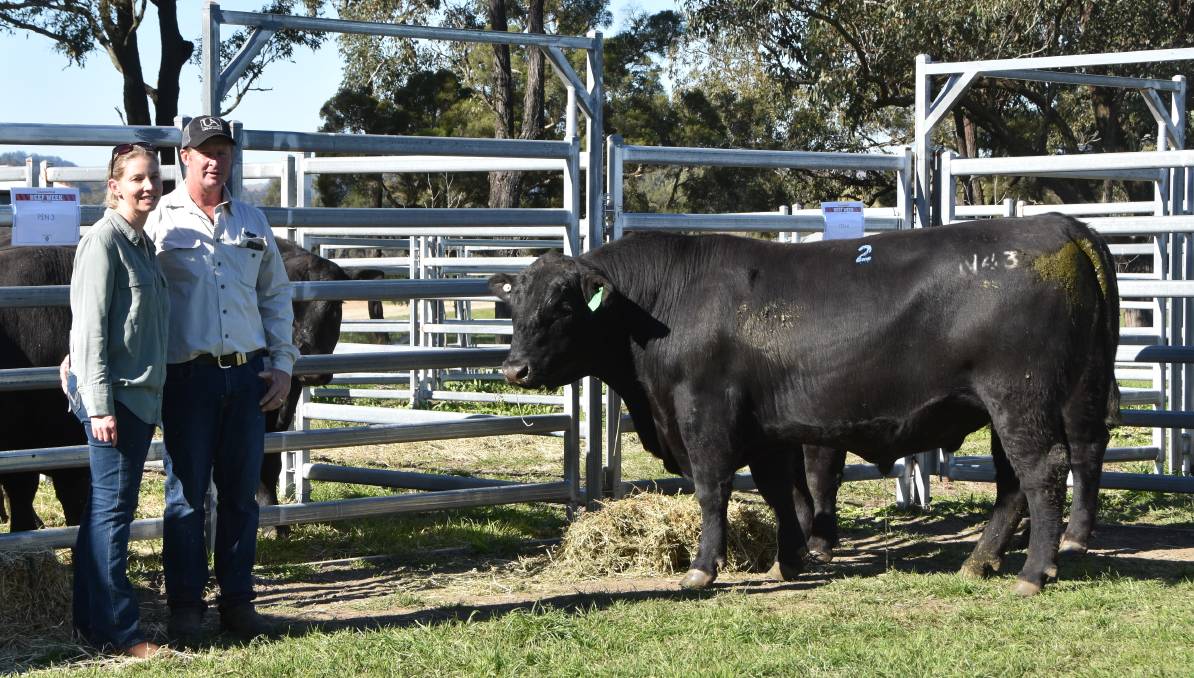 Urban Angus stud held its annual sale at Wallarobba on Saturday, the stud sold 17 bulls out of 19 on offer for a 90 per cent clearance, averaging $5147 with two bulls selling at the top of $7000 and selling all of the Angus Heifer lots for a 100 per cent clearance, with the pregnancy tested heifers selling for a top of $1400 and an average of $1350 and the unjoined heifers for $700 each.

Urban stud principal Matt Urban was proud of the bulls on offer and the consistency.

"Our program is about consistency and the results after the sale shows that, with both new and repeat buyers we are very happy with the results" he said.

The first $7000 top-priced bull was 23-month-old Urban Newsworthy N43, a son of Kenny's Creek Equator J223 and out of St Pauls Katie J173, weighing 810 kilograms, with a scrotal circumference of 43 centimeters and was purchased by R and E Boorer, Gloucester.

The second bull to hit $7000 was 22-month-old Urban New Blood N59, also a son of Kenny's Creek Equator J223 and out of Urban Ester H11, weighing 802 kg, with a scrotal circumference of 39.5 cm and was purchased by Tim Phelan, Kimbarra Pastoral co, Glenwilliam,

Tim Phelan, was also one of the bulk buyers on the day, purchasing a heifer lot for $1400 each to complement his top price bull. Gary Johnson and Dorney and Shultz also purchased two lots on the day.

The sale was conducted on the helmsman system by Ray White Gloucester and Elders Scone.