A court has ruled the name of a 19-year-old Dubbo man accused of pulling feathers off of a distressed emu can be made public.

A court has ruled the name of a 19-year-old Dubbo man accused of pulling feathers off a distressed emu can be made public.

Jye Leslie Schultz asked the court to issue a non-publication order that would prevent his name being disclosed.

Video footage of Mr Schultz allegedly committing the act of animal cruelty sparked outrage when it was circulated on social media last month.

The footage allegedly showed Mr Shultz dragging the emu around and ripping its feathers off while it was laying powerless on the ground. 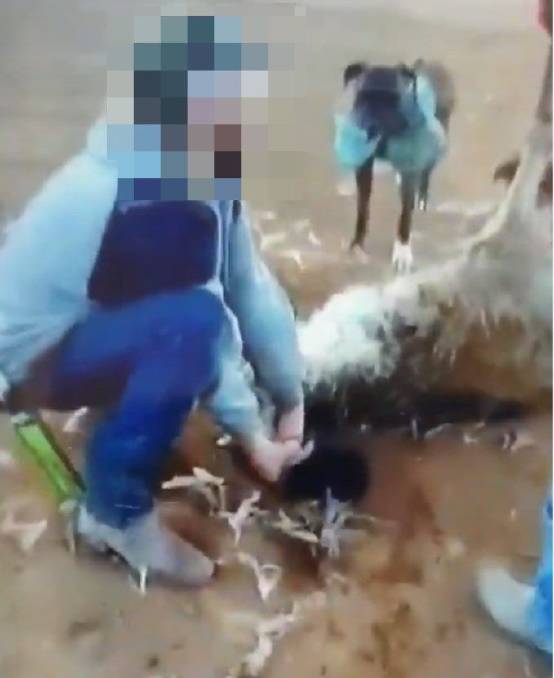 CONFRONTING VISION: A screenshot from the video which allegedly shows a man attacking an emu. Photo: NSW POLICE

A laughing bystander filmed the incident on the side of a road at Quambone, near Coonamble, in the state's north west on June 9.

After community members contacted police, Mr Schultz was arrested at his home on June 12.

He was charged with recklessly causing prolonged suffering to an animal and has not yet entered a plea.

The court heard the letter contained allegations members of the Schultz family had been abused in the street and were fearful of going out in public because of the publicity the case had attracted. Because of those allegations and media scrutiny, Mr Schultz asked the court to issue a non-publication order. Police opposed the request on the basis it was in the public interest and consistent with the principle of open justice.

Magistrate Van Zuylen declined the request and allowed for Mr Schultz's name to be made public.

He said the court was "extremely concerned" at the way Mr Schultz and his family were allegedly being treated, but people who received threats could and should report them to police.

The case returns to court September 4.