A background in livestock extension and an interest in understanding how farmers use - or do not use - applications (apps) on their smart phones has led Penny Schulz into a PhD studying that very subject. 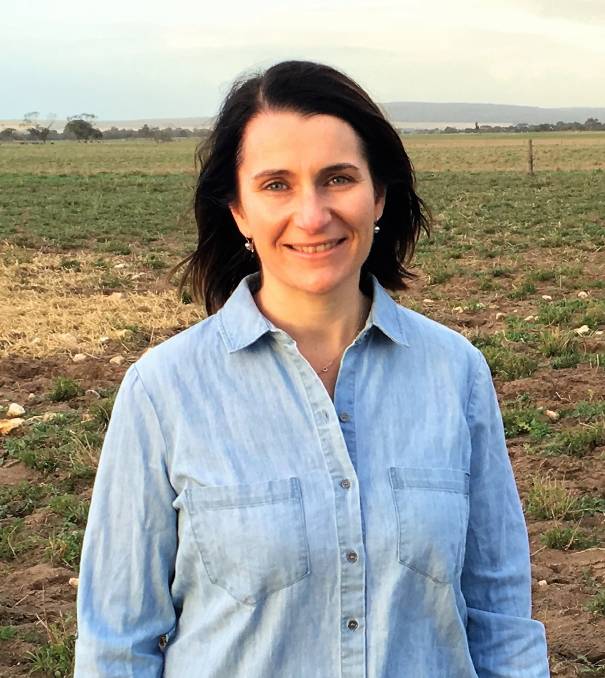 A background in livestock extension and an interest in understanding how farmers use - or do not use - applications (apps) on their smart phones has led Penny Schulz into a PhD studying that very subject.

Penny Schulz, of Field, SA, is a sheep and cattle farmer, in partnership with husband, Jason, and mother-in-law, Joanne, as Schulz Livestock. They produce first-cross lambs and operate a beef seedstock business, Raven Limousin and Limflex.

She is currently studying a PhD in Rural Science with the University of New England, focusing on technology and using applications on smart devices.

Some of the key findings so far for what drives farmers to incorporate any technology in their operation - whether equipment or apps - is ease of use and relevance to the task.

"Often the people who develop the apps, think they are useful and easy to use but we need to make sure this is the case," Ms Schulz said.

"I'm trying to find out what are the factors that will see apps taken up and used by farmers."

Adoption barriers do not seem to be related to commodity type, gender or linked to age.

While 'app' adoption was highest in younger age brackets, use in older age groups was much higher than expected and she warned developers not to ignore the 55- to 70-year-old demographic.

"Farmers want apps that can help decision-making and efficiencies and to access and record information relevant to their job," she said.

"The level of adoption for smart phones and apps is quite high. I've found farmers are pretty quick to self-identify barriers to use. The time it takes to learn to use the app is a barrier.

"Then there's connectivity, which is a significant issue with so many black spots in rural areas. Regular updates and apps that require a lot of data input may be other barriers.

"Developers are now finding ways to get around connectivity issues by enabling the app to be used offline - so existing data can be read and updated out in the paddock, then uploaded when the farmer is in range of decent wifi or internet coverage. Integration across tools and platforms is also very important."

Ms Schulz said there were some key similarities for apps that work and are considered relevant by farmers.

"When the budget includes market research and development involving the end-user, you tend to end up with apps that are relevant and easy to use," she said.

"There's a fine line to getting it right. But there are other industries - finance, banking, health - that are quite mature in app development. App developers don't have to reinvent the wheel.

Her research to date has included reviewing the limited research that has already been undertaken in this area, online surveys and telephone interviews with farmers and app development teams.