Geoff Davey has been using Stockscan for about 14 years, using the collated data to build a picture that helps identify the best breeding lines in his stud flock 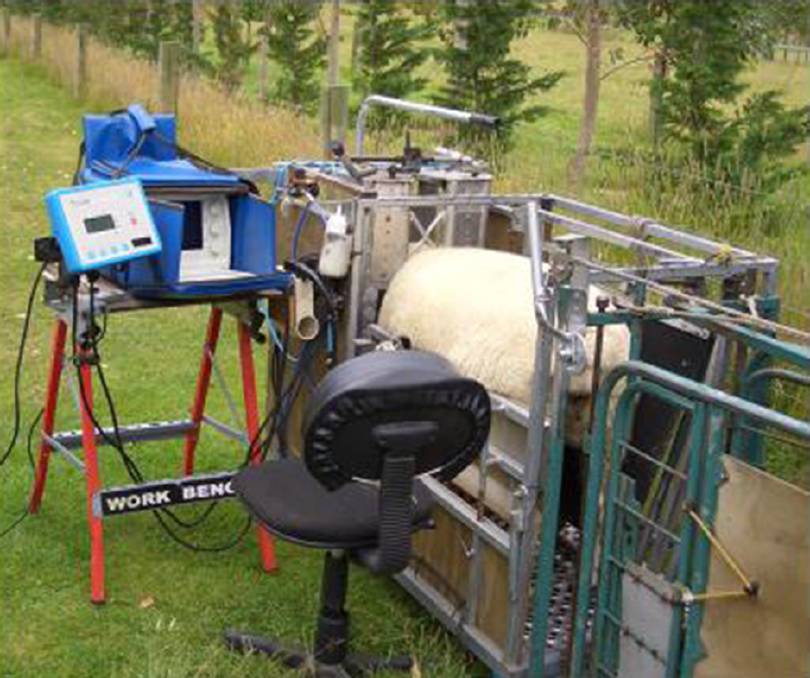 Geoff Davey has been using Stockscan for about 14 years, using the collated data to build a picture that helps identify the best breeding lines in his stud flock.

Mr Davey was so impressed with the quality of the collected data, he began scanning other farmers' flocks. Last year he scanned at least 12,000 sheep. His work sees him travel across Victoria, Tasmania and southeast South Australia.

The Stockscan concept was brought to Australia from New Zealand about two decades ago, with a focus, in particular, on eye muscle area.

"It's a tool that helps measure eye muscle, fat and growth of lambs; and relates those back to the sire and ewe," Mr Davey said.

"Commercial producers want to turn off prime lambs with good growth, selling 16 to 18 week old lambs, with a dressed weight of 23 kilograms, straight to the abattoirs.

"I'm also looking for high early growth in my lambs and in the first 12 months of age for the ewes and rams."

Mr Davey initially classes his sheep visually, expecting the sheep to walk long distances on pastoral properties and have legs that mean the animal stands square; has a wide shoulder structure without creating difficulties during the birth process; and is covered by a short, dense wool. The Stockscan process enhances the visual assessment.

"Stockscan provides raw data. We bring in the ram lambs at eight months, weigh them and scan them for muscle depth and width and fat, focusing on the loin. Your loin chops and backstraps are your highest value cut," Mr Davey said.

"We don't want anything above five millemetres of fat, preferably 4mm.

"When you scan your rams and build a database of information over years, it benefits your clients. When you have figures on all your rams, people chasing early growth can rely on that collected data."

It's a tool that helps measure eye muscle, fat and growth of lambs; and relates those back to the sire and ewe. - Geoff Davey, Stockscan

He scans his ewes too, with 50 per cent culled based on the Stockscan figures, then another 20pc are eliminated from the flock on visual assessment.

"I only keep 30pc and they're kept on breed type and soundness," Mr Davey said.

"Ewes are the other half of the lamb's growth potential."