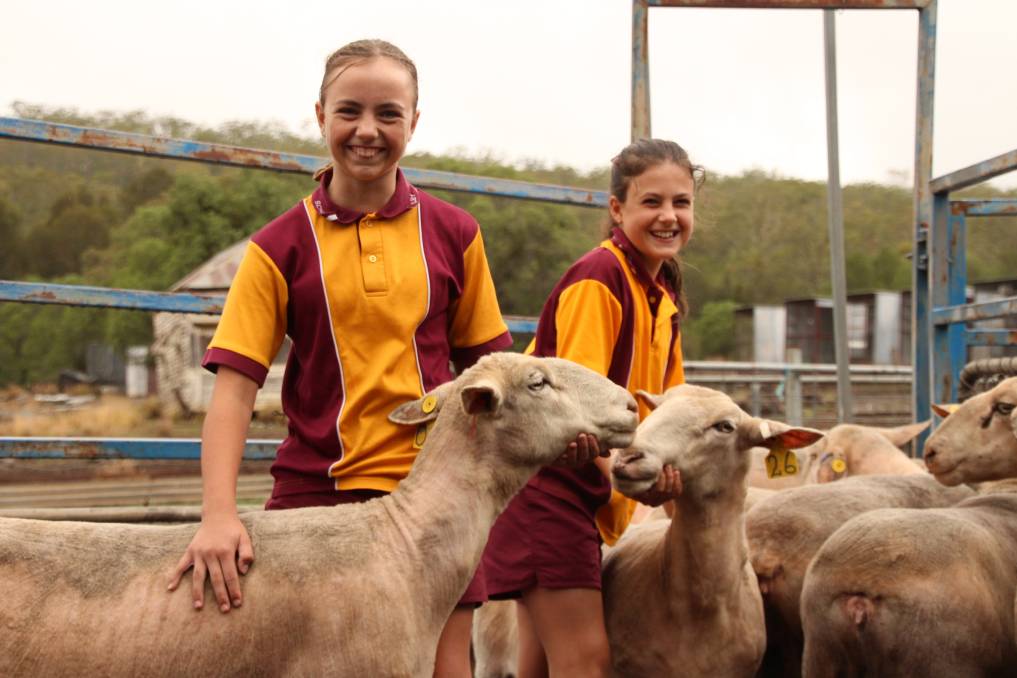 BOOSTING STUDENT INVOLVEMENT: Evy Cochrane and Grace with some of the donated ewes collected in March from Pride of the Downs Stud.

DALBY State High School students are getting hands-on experience working with stud sheep, thanks to the help of two White Suffolk breeders.

Peter Donnan, head of science and agriculture at the Queensland school, said White Suffolk stud sheep were part of the agriculture program alongside the Dorper prime lamb production, as a way to encourage more students to get involved at the ag plot.

The school has had White Suffolks since March, starting with 12 ewes from Andrew Herron, Pride of the Downs, Pittsworth; and Josh Milton, Milton Park, Allora, as well as the loan of a ram from Mr Herron for a six-week joining.

"Originally we were thinking about creating a Dorper stud to combine with the prime lamb production that we already have, but Andrew talked to me about the possibility of starting up a White Suffolk stud instead, and we decided it would be more educational to have a different breed for the stud," Mr Donnan said.

"We'll be using them to educate the students about the breeding side, and we can always compare the White Suffolks to Dorpers, and also breed crosses to see how they compare in producing a prime lamb."

The school runs junior and senior agriculture classes, along with the Innovate Ag group of students which studies Certificate II in Rural Operations and Certificate III in Agriculture. 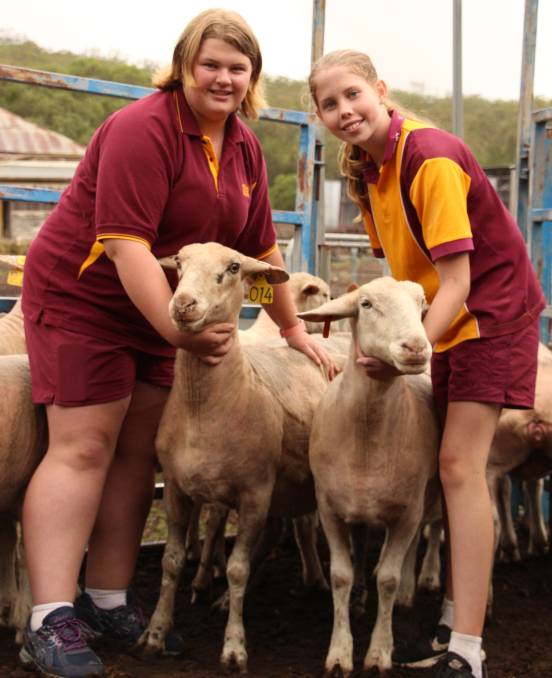 Sarah Wilson and Madi Martin taking delivery of our donated ewes from Pride of the Downs Stud in March.

"In rural operations they do a unit called prepare livestock for competition, so having the White Suffolk sheep gives them the opportunity to use them, as well as cattle, for the certificate competency," Mr Donnan said. 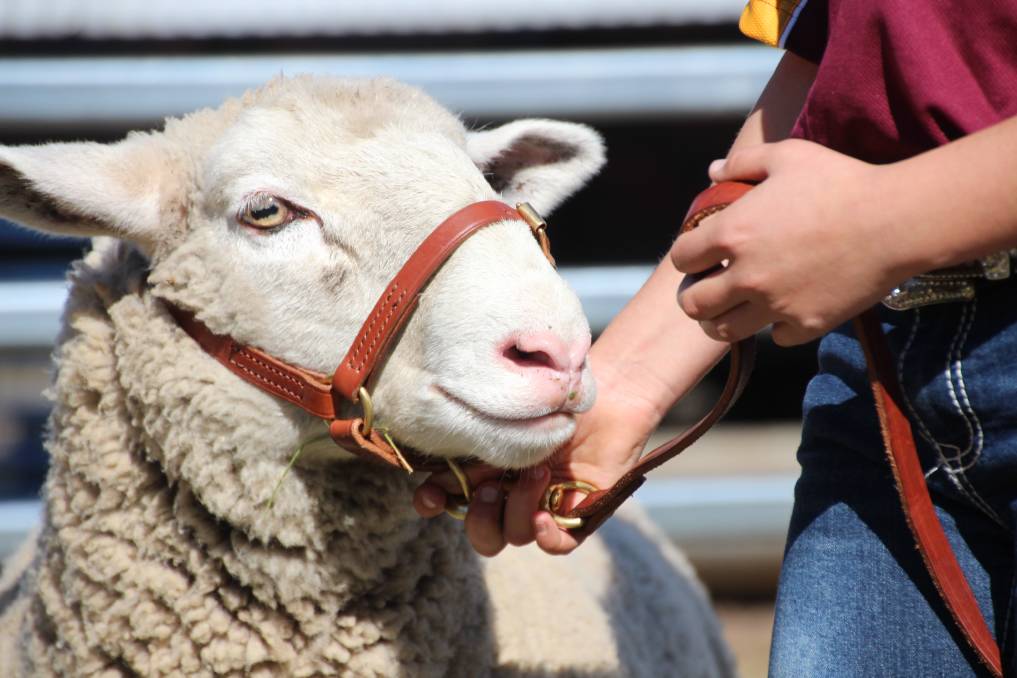 One of the ewe lambs, Opal, being halter trained.

The school has also started a sheep show team. Eight students have put their hand up for a weekly session after school, and they'll visit regional shows, as well as the EKKA at Brisbane.

"We have about 10 different shows that have meat sheep sections as well as junior judging in our region, so we'll select some of those to go to. There's a lot involved in the process of preparation, showing, and judging. We had some students go to Marburg Show, which includes schools from Brisbane, and it was good for them to have their first experience of actually going to a show."

Adding White Suffolks to the mix will also attract more students to the practical side of the subject.

"Not everybody is interested in cattle, especially the younger ones who might be a little intimidated, so having sheep provides more opportunities for the students."

The comprehensive agriculture program is run over two campuses, including the site of the former Dalby Agriculture College, which means the school has plenty of land to work with.

"We have about 360 hectares plus 115ha we use for raising the cattle.

"A lot of the property is devoted to broadacre cropping, where we grow sorghum, mung beans, oats, barley and chickpeas, as well as specific paddock for livestock, but we also put them on crop stubble. We also have a horticultural plot where we're growing 1500 broccoli plants, and we're about to investigate feeding broccoli and carrot plants to the sheep."

The next step is a workshop run by Josh Milton and Chris Ruby, who has Poll Dorset sheep.

"Andrew Herron was really keen to help the kids learn about showing sheep, and he ran a workshop soon after we got them, demonstrating to the kids how to prepare the sheep for showing. Soon Josh and Chris are going to do a full-day workshop with them to learn about nutrition and the judging side of things."