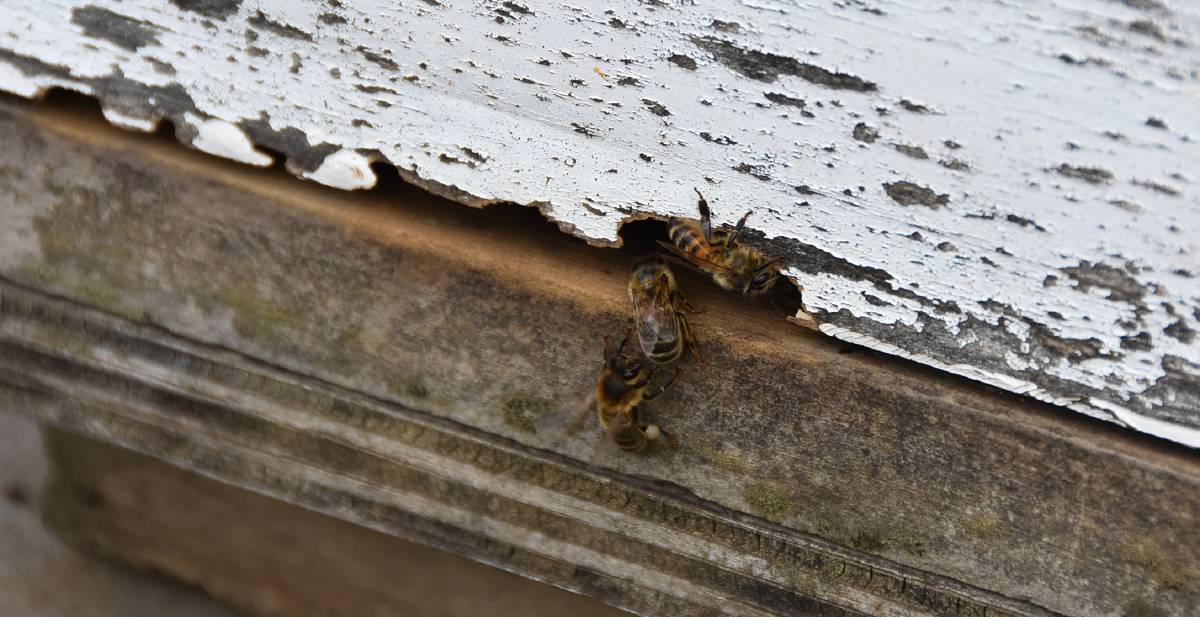 BUZZ: Some crops under protected cropping require cross pollination and honeybees are regarded as one of the most effective pollinators.

Bees need to see the sun, which can be tricky when they work in polytunnels.

POLLINATION within polytunnels and glasshouses presents problems for growers but work is being done to help bees lift their performance.

There was plenty of interest in the pollination session held during the Protected Cropping Australia Conference 2019 at the Gold Coast last month.

The session looked at various challenges when it came to pollinating covered crops.

Dr Romina Rader from the University of New England gave an overview on the importance of pollination, detailing research that showed crops without pollination have poor fruit set and the fact that some crops needed cross pollination for production. 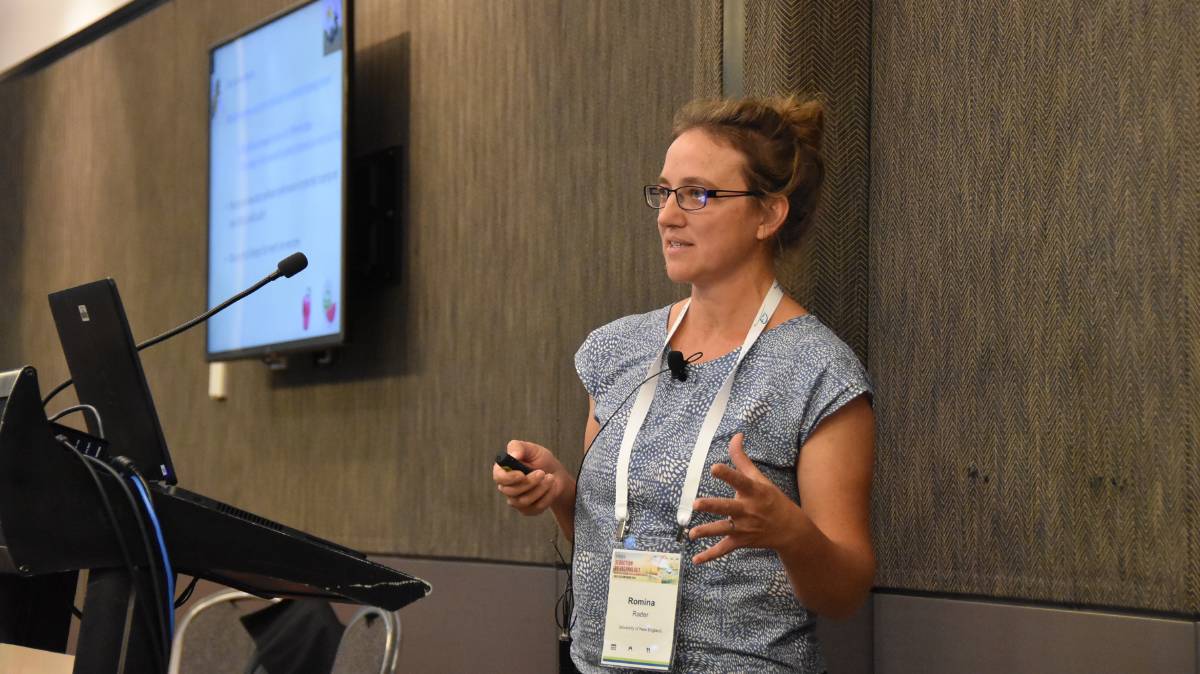 TOPICAL: Dr Romina Rader from the University of New England giving an overview on the importance of pollination.

She said insect pollinators did not respond well to some farm management conditions with polytunnels being one scenario which could impact foraging activity and bee health.

DR Lisa Evans outlined her New Zealand research which looked at covered kiwifruit crops where large numbers of bees were found sitting outside the hail netting.

The project used RFID tagging to assess the impact of hail netting covers on the foraging behaviour of individual honey bees (Apis mellifera). 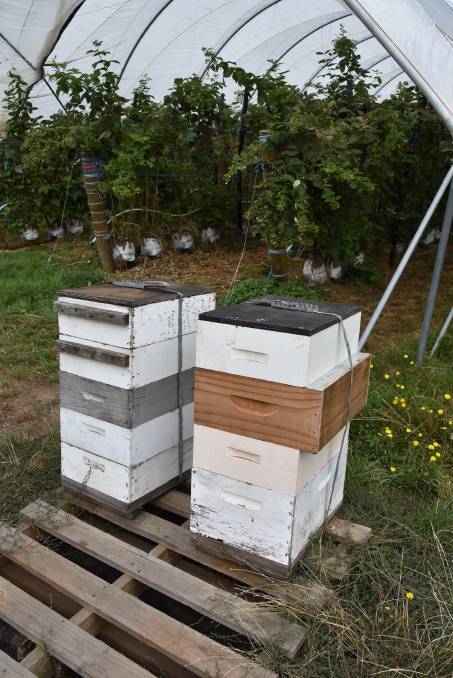 Additionally, it assessed impacts of covers on hive strength and pollination outcomes in kiwifruit blocks.

The study found three quarters of bees were failing to return to the colony in covered orchard situations.

It also found that the bees under the covers were staying undercover and weren't foraging as frequently. 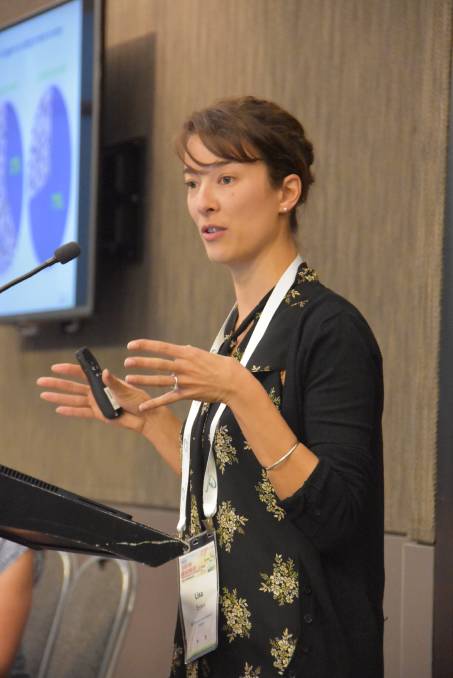 With bees using the sun for navigation, placing netting between them affected that ability.

Parts of the study tried manipulating the farm design, including large "holes" within the netting so as to allow bees to see the sky.

"In some cases we found the hives under the holes did better, in other cases not, and in some there was no difference," Dr Evans said.

It was an issue reinforced by long time beekeeper and honey expert, Bruce White OAM.

He too saw the trouble bees had in pollinating crops under protected cropping conditions, stipulating that bees needed ultraviolet light for navigation.

"If you are going to have an enclosure and you want to have pollination, you really need to consider what type of cover you are putting on," Mr White said. EXAMPLE: Beekeeper, Bruce White OAM, shows off what a frame may look like within a healthy hive.

He said the need of the colony was the driving force behind what bees did.

A COMMON observation among researchers has been a lower rate of pollination and therefore fruit quality within the middle area of tunnels. 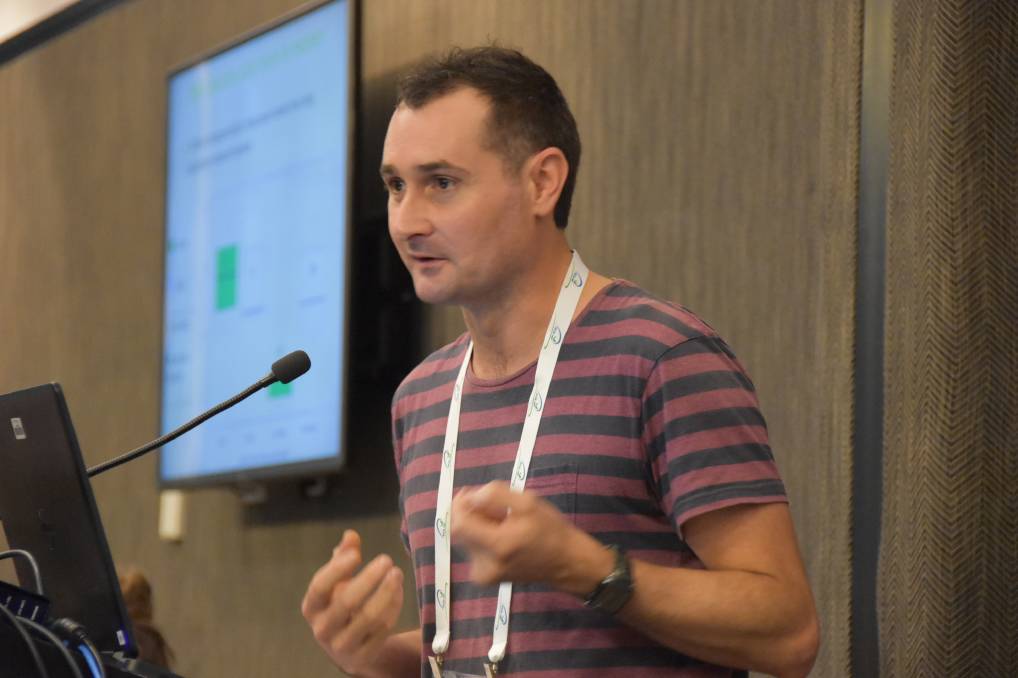 His research found a greater abundance of flower-visiting insects at the open edges of tunnels in comparison to the centres, which was most pronounced for tunnels covered by polythene.

The project also recorded the temperature and humidity along the lengths of the tunnel and found it was hotter in the middle.

However, he said the relationship between honey bee foraging, tunnel temperature and humidity was not yet clear, with further analysis needed.

She said a healthy bee was a hard working bee and a lot of that came down to what they had to eat.

"A healthy athlete won't survive on a diet of cheeseburgers," Ms Rudder said. 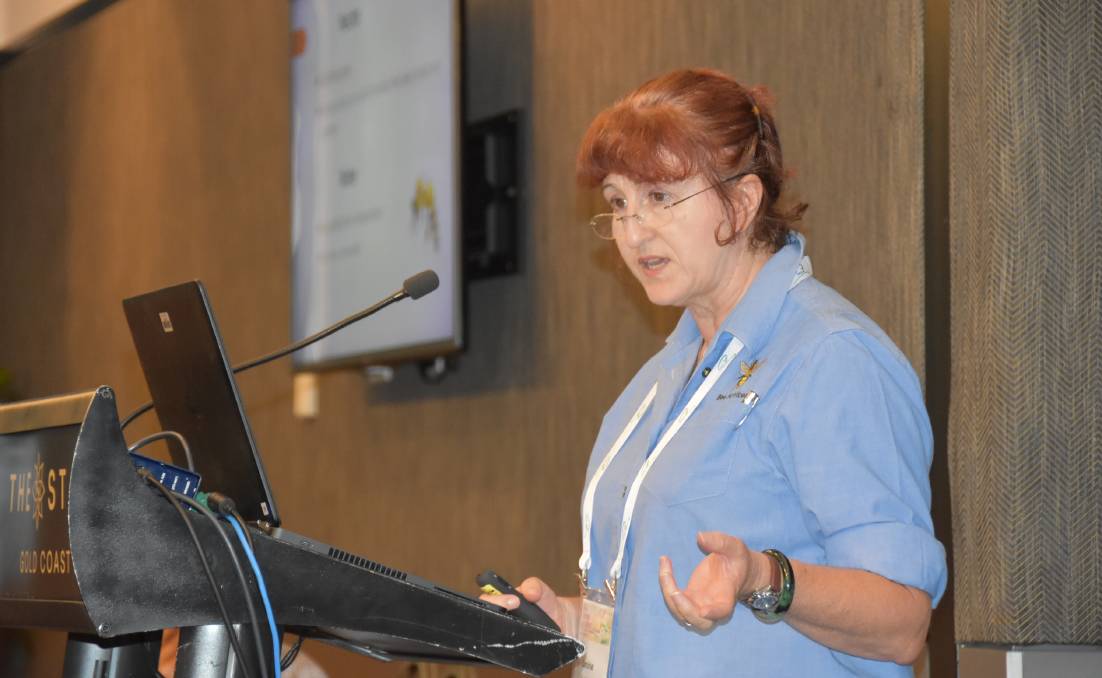 BE HEALTHY: Janine Rudder, Bee Services, tells the audience about a bee's diet and heath requirements in order to be an effective pollinator.

"We need to have a large strong brood. The increased foraging is what we need for improved pollination."

Worker bees raised on the higher protein diet (pollen) will live longer, work harder, fly further and are less susceptible for diseases, according to Ms Rudder.

"The main focus for the beekeepers is to keep their hives alive and healthy, not just before, but also during and after providing pollination services," she said.

In advice for growers, she said bees were going to find pollen sources for the needs of the hive that may not necessarily be what the grower wanted pollinated.

Ms Rudder gave several points for farm owners to consider when engaging a beekeeper for pollination services, such as: