A trial just outside of Cowra, NSW, could redefine the way compost is used on farm, thanks to composters Australian Native Landscapes (ANL) and MRA Consulting. 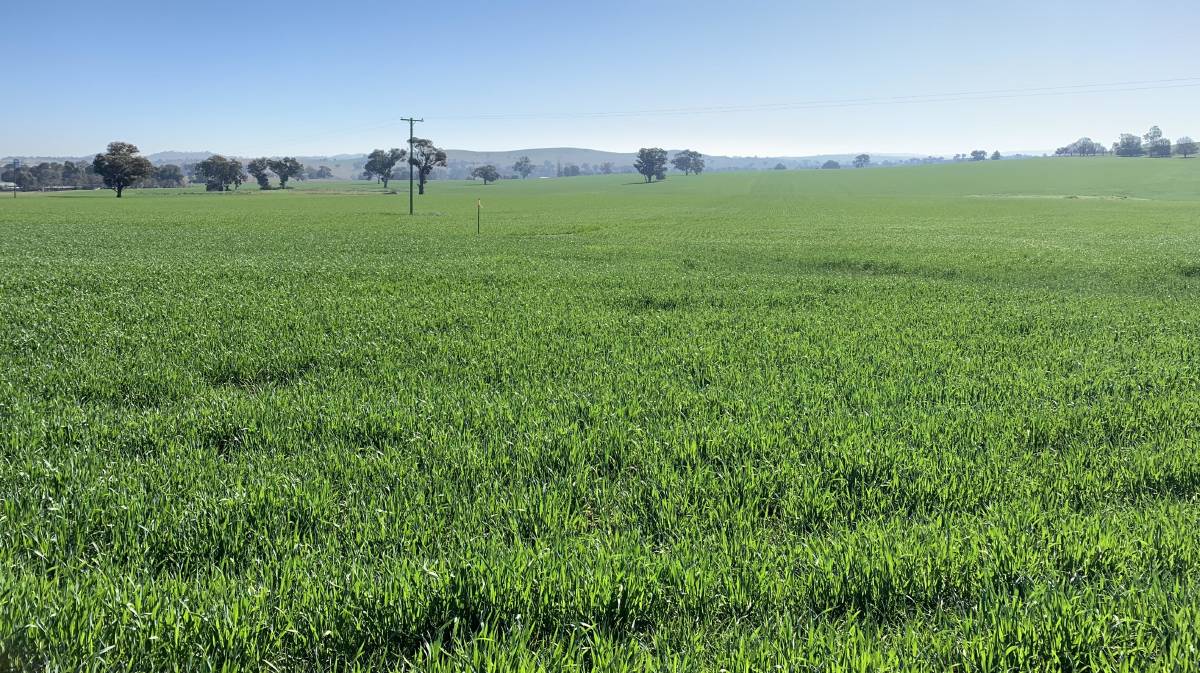 STRONG: The trial crop near Cowra, NSW, which received pelletised compost at time of sowing.

A trial just outside of Cowra, NSW, could redefine the way compost is used on farm, thanks to composters Australian Native Landscapes (ANL) and MRA Consulting.

The two have combined to showcase the economic potential of pellitised compost.

While farmers know that compost is beneficial for soil and crop productivity, many have found spreading it is not a financially viable option.

This trial, being conducted at the wheat farm Rojahnah, puts compost in the tube of an air-seeder along with the wheat seed.

On a four hectare trial area, owner Rodney Wright sowed the pellets and the wheat crop with an air-seeder.

Funding for the trial is being provided through the NSW Environment Protection Authority's (EPA) Organics Market Development grants.

The trial incorporates monitoring of soils and production by the project team and comparing results with a control crop with no compost to identify any benefits in terms of growth and soil chemistry.

Both MRA Consulting and ANL expect this will prove to be a cost-effective way of applying compost and improving productivity.

"This trial came about through farmers wanting to use compost but finding it not economic to spread compost on a large scale," she said.

"So the idea was then to pelletise the compost so it would be easier to spread through the air-seeder.

"This is the future for compost application.

"This trial is demonstrating how it works and what the pelletised product can do to improve the ability of soil to maintain moisture and therefore benefit production.

"Compost has the proven ability to increase water holding capacity of soils and applying this way is cheaper and more direct than spreading."

The compost, sourced from ANL in Blayney, NSW, is pellitised in South Australia before being transported back for use.

The EPA have recently funded a pelletising plant in NSW which is expected to be running this year.

ANL advisor, Roger Crisp said there was a dual benefit to applying compost in this form.

"Applying compost in this way vastly reduces the cost of application and puts organic matter right where it is needed - close to the seed," he said.

The project will be conducting a workshop on the trial site in September which will give farmers an opportunity to see the results.