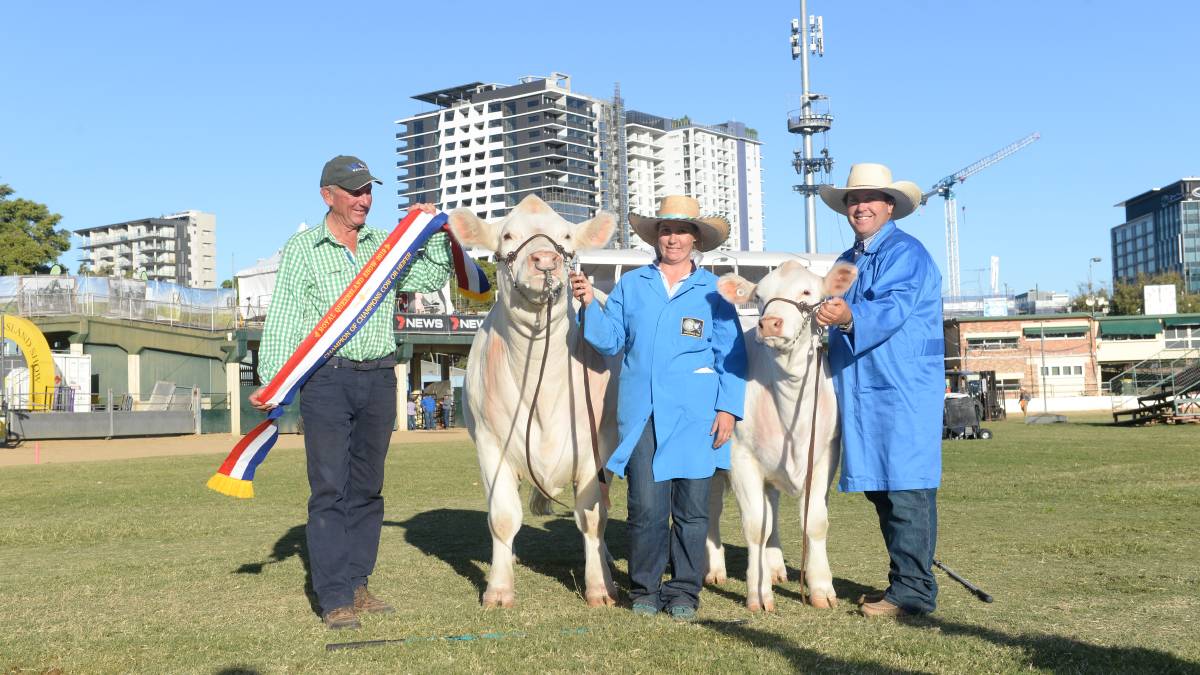 See the results from the Ekka's Champions of Champions.

It was a case of a result exceeding expectations when rising four-year-old Charolais cow Wakefield Amaze 38 claimed the champion female in the Ekka's interbreed competition.

The Frizell family of Wakefield Charolais, Armidale, knew they had a quality cow in her, enough for them to choose to exhibit at the Ekka for the first time in about six years.

A daughter of Advance Domino D36 from Wakefield Amaze 10, she was the supreme exhibit at the Charolais National Show in Dubbo.

She's also been nominated for Charolais Miss World for Australia.

Mr Frizell said they were hoping she would do well but she had surpassed their expectations.

"You couldn't never predict this... it's one of those things that just happens occasionally," he said.

"You don't breed a cow like this every day, we're just very lucky to have her.

"Her mother has been a donor dam for quite a few years so she's had a very big influence on our herd."

Mr Frizell said even though she was Wakefield Amaze 38 is on her second calf, it's her first time being exhibited as a cow and calf unit.

"She's got a cracking heifer calf at foot this year and she weaned twin calves last year as a first calving heifer.. we're thinking she's going to breed probably as well as her mother," he said.

Judge Roger Evans of Tamworth, focused on structural soundness and length of body in selecting the winner.

He first narrowed it down to his top eight of Hereford, Red Angus, Brangus, Droughtmaster, Square Meater, Santa Gertrudis, Charolais and Simmental.

In his top four the Red Angus, Hereford and Limousin also got a look in but ultimately Wakefield Amaze 38 triumphed. 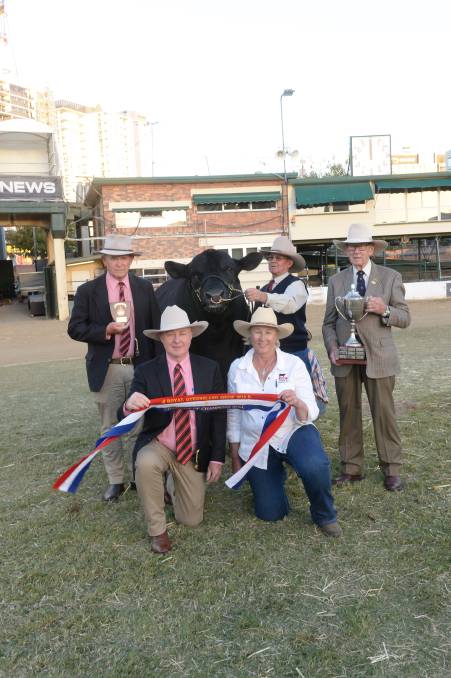 The EKKA finished on a very satisfying and exciting note for NSW Angus breeders Chris Knox and Helen Alexander, DSK Angus, Coonabarabran, when their powerful Angus bull was sashed champion of champions.

"He is a powerful bull with strength of spine and is a clean mobile sire with the ability to walk and has weight-for-age," Mr Evans said.

"He is the complete package."

DSK YXC New Age N17 has a weight of 1142 kilograms and an eye muscle area of 144 square centimetres.

Helen Alexander said the win was a satisfying way to end the show.

"We are really finishing the show on a high," she said.

"We have won this award three times now, firstly with our Charolais cow in 2004 and in 2005 with our Angus bull."

The short-list included the Droughtmaster, Charolais, and Brahman breeds.

Mr Evans praised all exhibitors saying the bull which paraded before him would have a tremendous influence on the Australian beef industry. 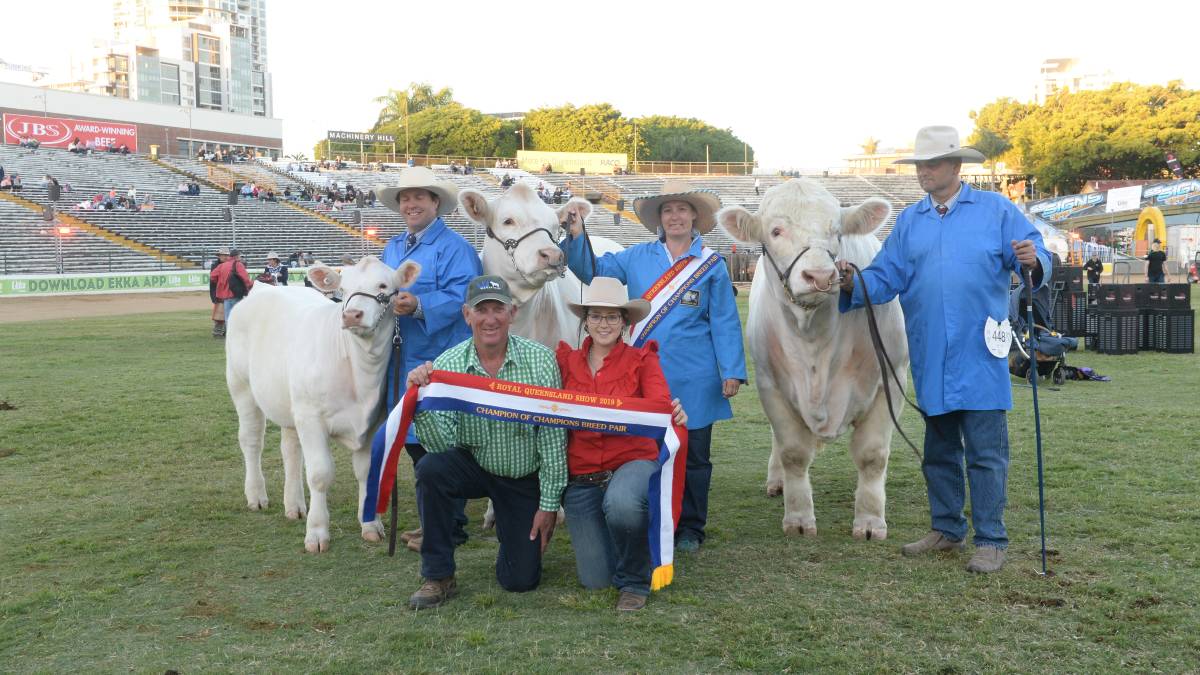 When it came to the pairs interbreed, it was the Charolais pair that came out on top, featuring Wakefield Amaze 38, along with 4 Ways North Star, exhibited by David Whitechurch and family 4 Ways Charolais, Inverell.

Mr Whitechurch said he had won some local shows in NSW but this was his major show.

"He hasn't mated any females yet... this will be his first season for whoever buys him," he said.

Mr Whitechurch said the result proved the Charolais breed was still at the forefront of the beef industry.

"It goes to show it's not just a fluke, they can do it quite regularly," he said.

Mr Evans said the quality of cattle in the interbreed made it a tough but enjoyable decision process.

"It was a very close decision in all three classes but the cream of the crop always rises," he said.

Mr Evans said the Charolais breed had "put the runs on the board again".

"That's a tremendous cow that's out there doing a great job on the calf and a powerful bull that was very close to being the top in the bulls but as a pair they really do complement each other very well."

"In the last 10 or 12 years, they've probably won the pairs eight or nine times, that's testament to the work of the breeders and the dedication to bringing the cattle here."