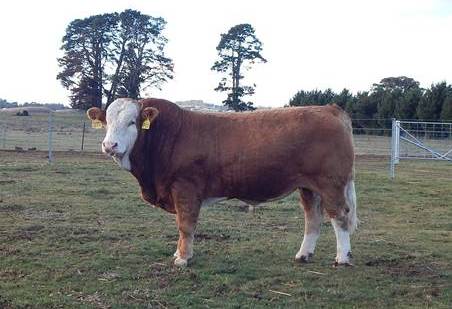 Advertiser content: Don't miss out on this unique opportunity to buy some of the top Fleckvieh cattle in Australia on September 6 at the inaugural Focus on Fleckvieh sale.

This is advertiser content for Fleckvieh Society of Australia.

Highly adaptable and able to thrive in all climates, Fleckvieh are one of the most efficient cattle breeds on the planet.

And there'll be a unique opportunity to buy some of the top Fleckvieh cattle in Australia on September 6 at the inaugural Focus on Fleckvieh sale.

For the first time ever, the sale will be held online only through Auctions Plus, allowing anyone to place a bid from anywhere in the country.

"Fleckvieh is the world's only true dual purpose breed specialising in both beef and milk production," said Bruce McColl from the Fleckvieh Society of Australia.

"Particularly on the beef side, it's a Euro breed so you get all those great attributes that a terminal sire offers, but they also have superior maternal traits, fertility and longevity and great temperament. They also make great replacement heifers with added milk, so it's a superior mix."

Because of their earlier maturity patterns, Fleckvieh also have the ability to reach market targets earlier than most other European breeds, which makes for greater profits for the producer.

The sale will feature 95 lots across 17 studs throughout both New South Wales and Queensland, so there will be the opportunity for buyers to secure a lot that will be suitable to their breeding program.

"The sale covers a wide spectrum of cattle, so within that it'll showcase a lot of the large genetic diversity that the Fleckvieh breed has to offer," said Mr McColl.

"There will be a lot of the animals available from the beef line, which is well suited to Australian conditions, with proven genetics from Australia, South Africa, North America and New Zealand. 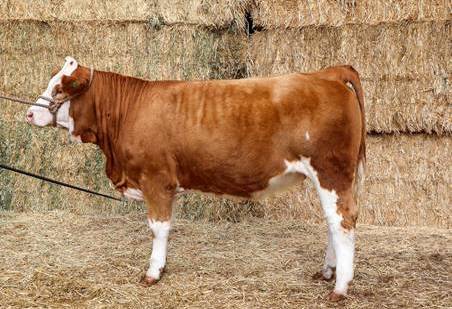 "There'll also be more dual purpose type animals which do extremely well in dairy situations. They have been extensively performance recorded in Europe to add milk, growth, carcase traits, fitness traits and longevity into the dairy herds. This means for a more robust, easy care dairy cow with excellent milk production and the added cull value of the calf and cow."

The Fleckvieh Society of Australia held its first multi-vendor sale in 2018 at the Royal Canberra Show.

Almost 80 Fleckvieh cattle were entered into the show, which was used as an opportunity to showcase the breed's ability to be used in both beef and dairy operations.

"This genetic diversity makes for maximum hybrid vigour in a crossbred situation and has a very low inbreeding coefficient as a purebred." 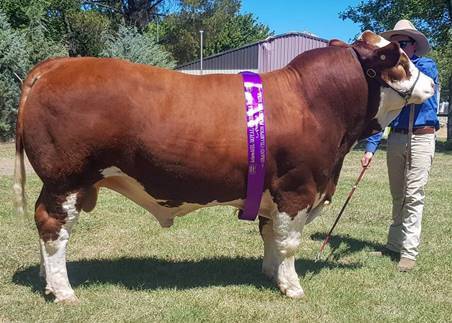 For this reason Fleckvieh is now gaining popularity around the world as astute breeders realise the versatility, adaptability and the excellence of both beef and milk traits that Fleckvieh offers.

"This makes for an excellent cross over Angus, Hereford and Brahman females, or any other breed for that matter and will add growth and carcase traits to the progeny meaning more dollars in your pocket," said Mr McColl.

"With the extremes in climate that we are currently facing, Fleckvieh is well suited to adapt and cope with these challenges. With a thicker hide than most cattle breeds, they are heat and parasite tolerant.

"This is an excellent opportunity to introduce some Fleckvieh genetics into your herd and with cattle prices set to explode once the rain arrives there may never be a better time to buy."

The Focus on Fleckvieh sale is on Friday September 6 at 1pm Eastern Standard Time on Auctions Plus. For the full catalogue, visit Fleckvieh.

This is advertiser content for Fleckvieh Society of Australia.