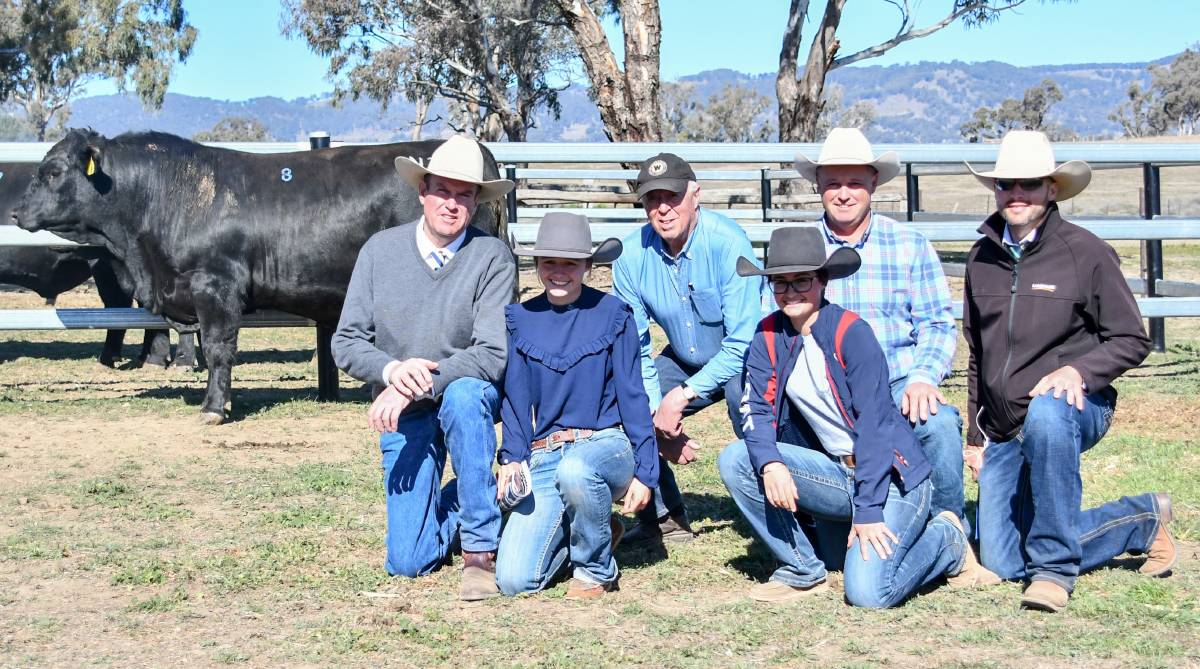 The vendors were extremely pleased with the strong clearance.

Vendors Andrew and Trudy Chapman with Peter and Judy Howarth offered a reduced line of 46 Black Simmental and SimAngus bulls with all but two selling for a $6386 average. An additional bull was sold at the conclusion of the sale. 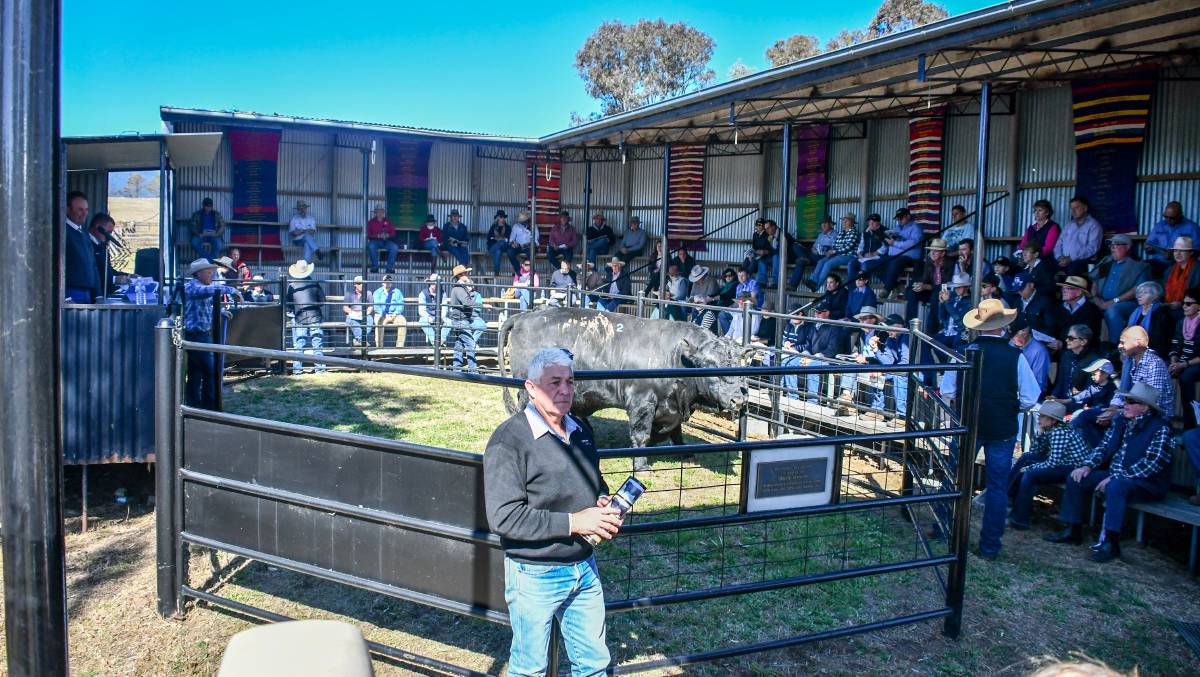 A strong crowd filled the grandstand with 34 registered bidders present on the day.

At 23 months, N271 weighed 888 kilograms with a scrotal circumference of 39 centimetres, rump and rib fats of nine and seven millimetres and an eye muscle area of 123 square centimetres. 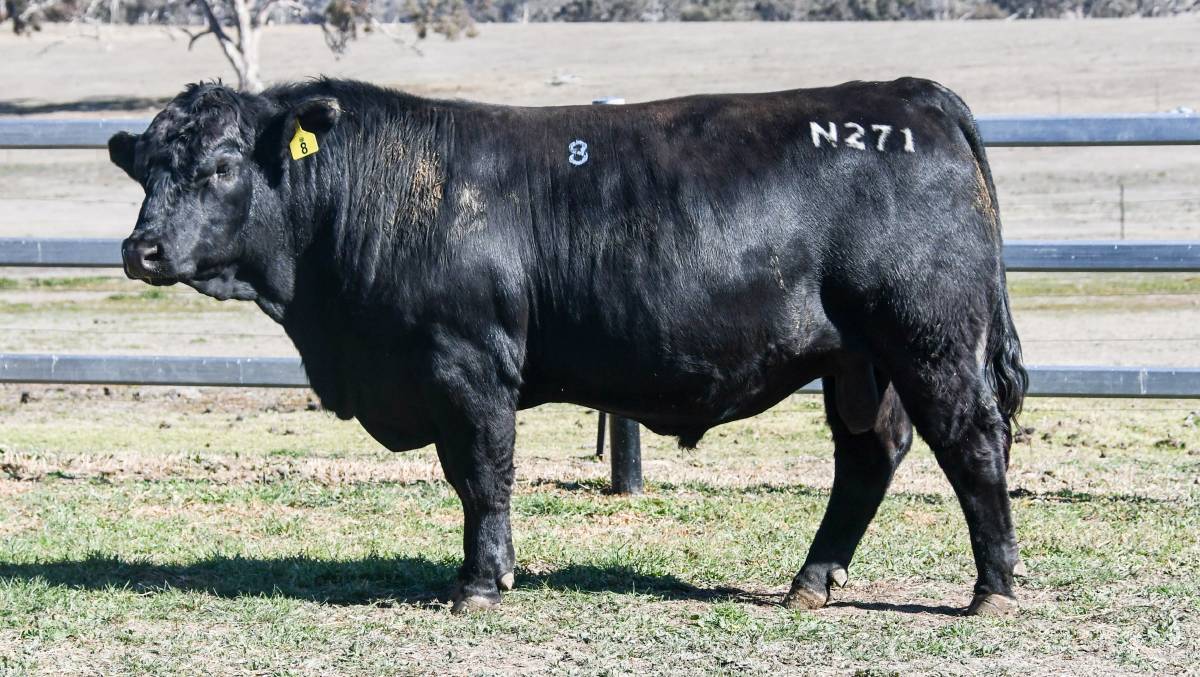 The $14,000 top price bull was bound for South Australia.

"Tom (Baker) hadn't seen the bull and he asked for a recommendation and that's one of the bulls I recommended," vendor Andrew Chapman said.

Speaking to The Land, new owner Tom Baker said the bull would be put to work with stud cows and then probably go into a heifer herd in the spring.

"Just loved the skin and hair type and softness the bull offers and obviously an outcross pedigree, which we are striving for, and a really complete bull," he said.

"A bull that we can use either on heifers and cows and do a really good job."

Out of Wombramurra K126, he was a son of former Australian record priced Black Simmental bull, Bonnydale Augustus L84, who Mr Chapman said had performed well for their herd.

"He is putting great mobility and great skin type (into the cattle) and extra growth," he said. In what was their biggest offering of Augustus sons, all 17 sold at auction to average $6647.

Bulk buyer on the day was Jim Robinson Pty Ltd, Nundle, who secured seven bulls during the sale to averaged $5000. 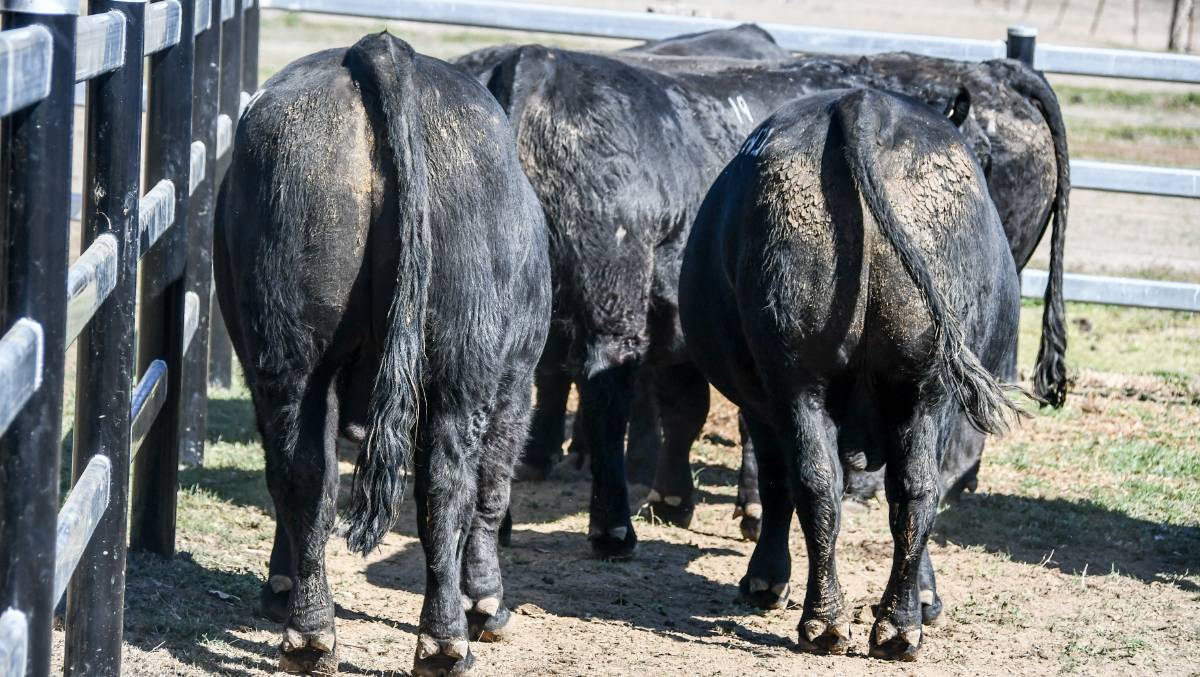 A total of 46 bulls were on offer.

The sale saw a total of 34 registered bidders including Roma and Theodore in Queensland.

Mr Chapman was excited by the result post sale.

"In the current climatic conditions it's just an absolute fantastic result, we couldn't be happier," he said. 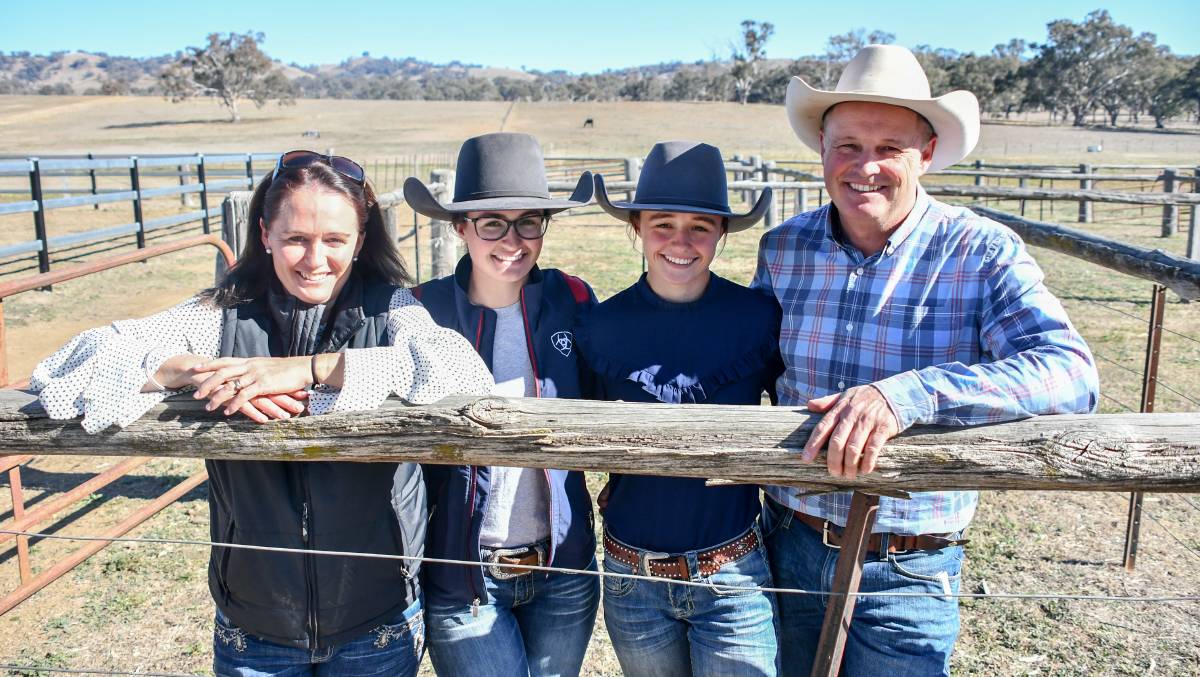 Proceedings were conducted by Landmark with Tamworth's Paul Dooley as guest auctioneer.