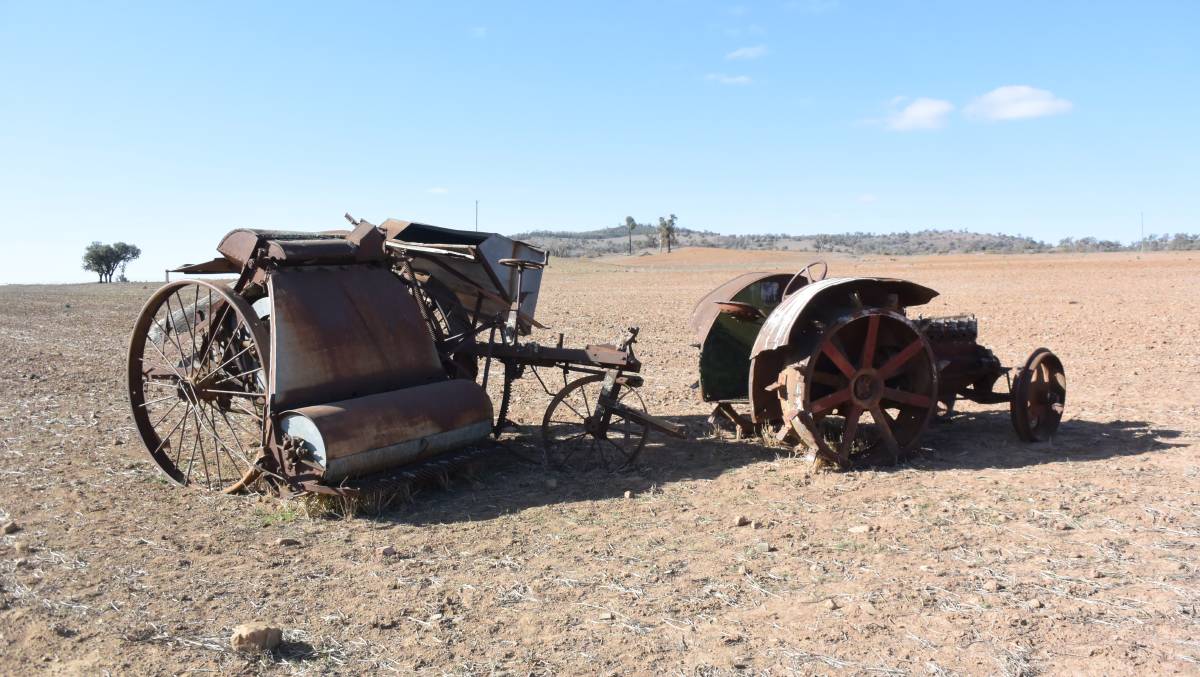 This drought is the worst in a century but was predicted by solar cycles, say students of ancient geometry.

When will it rain and for how much longer will farmers have to feed? Proponents of solar forecasting say there will be more pain before this once in a century drought is finished.

Honest to god, when is it actually going to rain?

There's no sign of the right side of an Indian Ocean dipole, nor a real win from reversing polar winds - New Zealand might get a drenching but not NSW.

Perhaps one should only pay attention to opening springs, or burrowing frogs coming out of hibernation ... and what about sunspots - or the lack of them!

Frustrated with missed queues on actual winter rainfall events, farmers are turning a cold shoulder to modern meteorology- unfairly so in my opinion when you consider the accuracy of visual models, scaled down to a close locality.

It's when percentile numbers are flashed up on a screen from many of the third party forecasters that information gets blurred.

"The weather's got a lot of moving parts," commented Limousin breeder Andrew Harries from Loomberah south of Tamworth. "But when someone predicts 90 per cent chance and it doesn't happen then you've got to wonder about their accuracy - and perhaps their ethics!"

It just so happened that Mr Harries recently discovered a burrowing frog hiding beneath a cow pat in his yards and if that's not a sign of something, then we might as well start looking at the stars.

In fact, our biggest is showing signs of deadly calm and that is not a good thing, say observers, who reckon a good pummeling from a burst of radiation jostles the stratosphere in helpful ways.

All that energy ionises particles of dust which clump and attract moisture, which fall and rise before someone, eventually, gets some rain.

With the price of hay at $450 a tonne, maybe it's no surprise that 40 people, mostly farmers, have already paid $2400 each to book a seat and listen to an Inigo Jones inspired disciple explain why the drought's not over yet.

The venue is the Quality Hotel, Melbourne airport, with the function running all day this Friday, September 6. 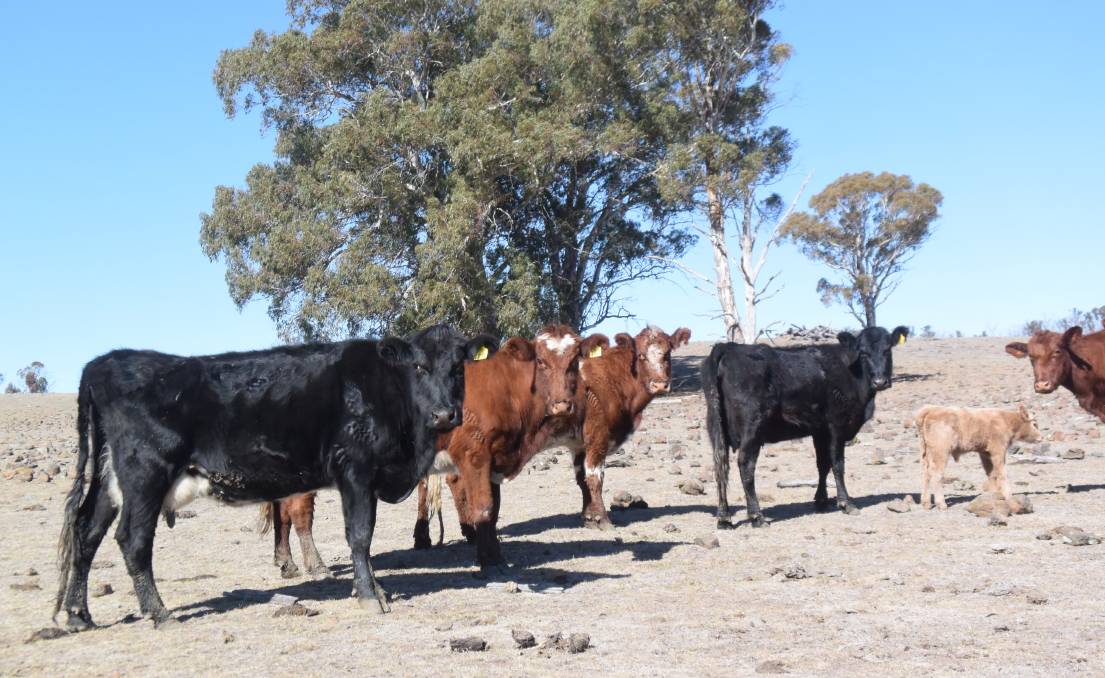 Some of his own observations that help flesh out this forecasting model include the impact of elliptically orbiting planets, including our own, with a corresponding rise and fall of available energy.

"I still have cotton growers as clients," Mr Barton says. "They understood that this drought was coming 10 years go. Those that paid attention reduced debt when times were good. You can't reduce debt in a drought."

Associate professor of paleo climatology, Dr Rob Baker, at the University of New England, Armidale, is another student of solar cycles and believes his knowledge should be spread free, for the public good and the mental health of the farmer.

Dr Baker's next talk will be at Barraba's Playhouse Hotel on September 12 and again at Narrabri and Dubbo at a later date. His free lectures "sold out" at Armidale and Tamworth, with 60 people coming to each venue, while a talk to NSW Young Farmers at Walcha attracted 20 out of 25 members.

One of his believers is Tim Wright, Lana, near Uralla, who destocked early, partly on Dr Baker's calculations. The regenerative farmer has yet to buy hay. 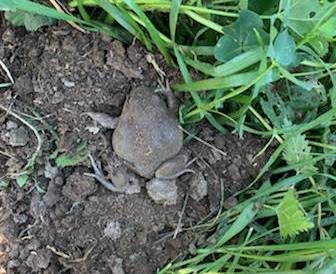 Burrowing frog comes up for air in a protected corner of the cattle yards at Loomberah. Picture by Andrew Harries.

Sunspot activity is central to astrological forecasting. Like cattle respond to a rising plane of nutrition, increasing activity on the surface of the sun is a good thing. Sadly, right now, the activity is at its lowest ebb in 100 years. While there is movement at the station it may be a little while before sunspot activity helps bathe the majority of the state in average rainfall. We might even return to acute drought before things stabilise.

"Financial institutions need to consider this information," Dr Baker says. "This drought is part of a long term cycle and in the past, extreme events have always followed."

This forecaster says there remains skepticism for the physics behind solar predictions, particularly from the Bureau of Meteorology and even from within his own university, especially when he suggests this drought has less to do with CO2 levels in the atmosphere and more to do with a lack of ionising cosmic rays.

Dr Baker says the Bureau's standard deviation relies on years mid 20th century that ignore the period before the Federation Drought, unlike forecasters behind the Queensland Government's The Long Paddock.

"I believe The Long Paddock is more meaningful in terms of climate fluctuation," he says.

"A lot of farms have records going back to the 1880s and it is useful to see how individual localities compare to regional averages."

Further work on this subject could be enhanced with the tracking of significant high pressure systems and further study of deep ocean temperatures.

Considering that the sun's changing magnetic field plays a large role in stratospheric ionisation he suggests cosmic ray sensors currently placed in the northern hemisphere should also be located in the south, particularly the mid Pacific Ocean, perhaps Tahiti - a location which also plays a role in tracking the Southern Oscillation Index. 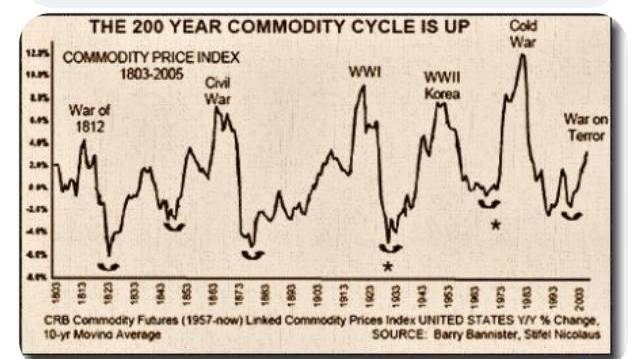