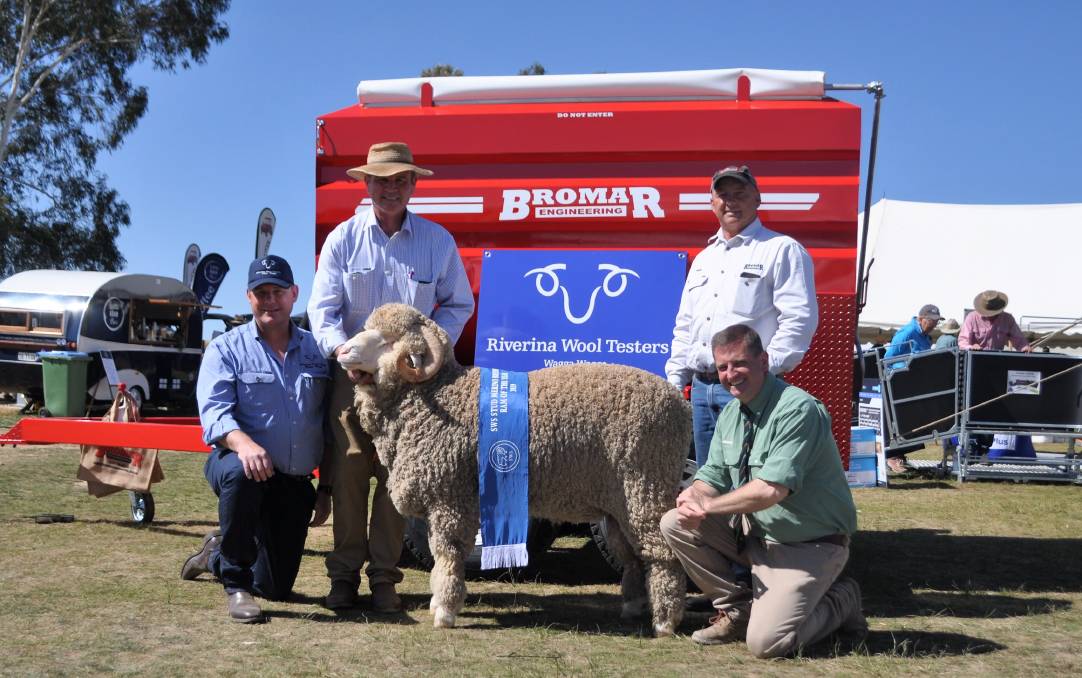 Yarrawonga receives Wendouree Shield for the pen of three rams.

After three years in the runner-up spot, Tara Park has come out on top at the 2019 South West Slopes Stud Merino Breeders Field Day.

Mr McGauchie said the ram's overall scale and structure made him the winner against some tough competition from the Yarrawonga ram in second and Brundanella ram in third.

"The Tara Park ram is beautiful on his feet, he's got good width through his body and great barrel so he'll have really good doing ability when he gets out into the paddock," Mr McGauchie said.

"Clearly he's got a lot of wool on him, he's well covered, he's a very complete sheep."

"His sire was Tara Park 6281, who was by Tara Park 4339, which goes back to an old family line that's been around for a couple of decades which is quite phenomenal, they just keep going," Mr Evans said.

"To have that sort of depth of genetics in a family line, you know their predictability's going to be good." 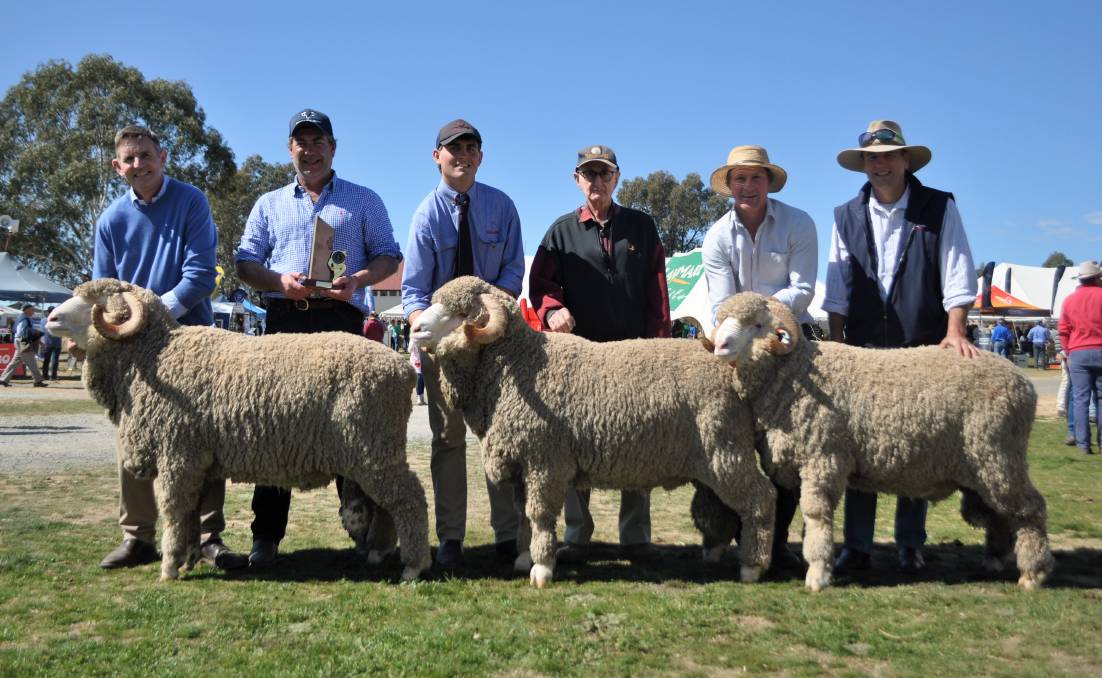 Last year's ram of the year winners, Yarrawonga, still had their share of glory on the day, winning the Wendouree Shield for Pen of three Merino Hogget Rams.

Yarrawonga was followed by Grogansworth in second and Brundanella in third.

Mr McGauchie said they chose the Yarrawonga group for their evenness, quality of wool and structure.

Yarrawonga stud principal, Steve Phillips said the group of three rams were sired by Alfoxton 430, a ram they bought for $30,000 at the Merino National at Dubbo in 2017.

"They're probably the best horned rams we've ever breed and we're over the moon to have won it," Mr Phillips said.

The Spectators Choice Award, which was voted on throughout the day, was awarded to one of the field days founding members, Wendouree Merino Stud of Grenfell.

There were 58 studs displaying rams, the field day becoming more popular among exhibitors and spectators each year.