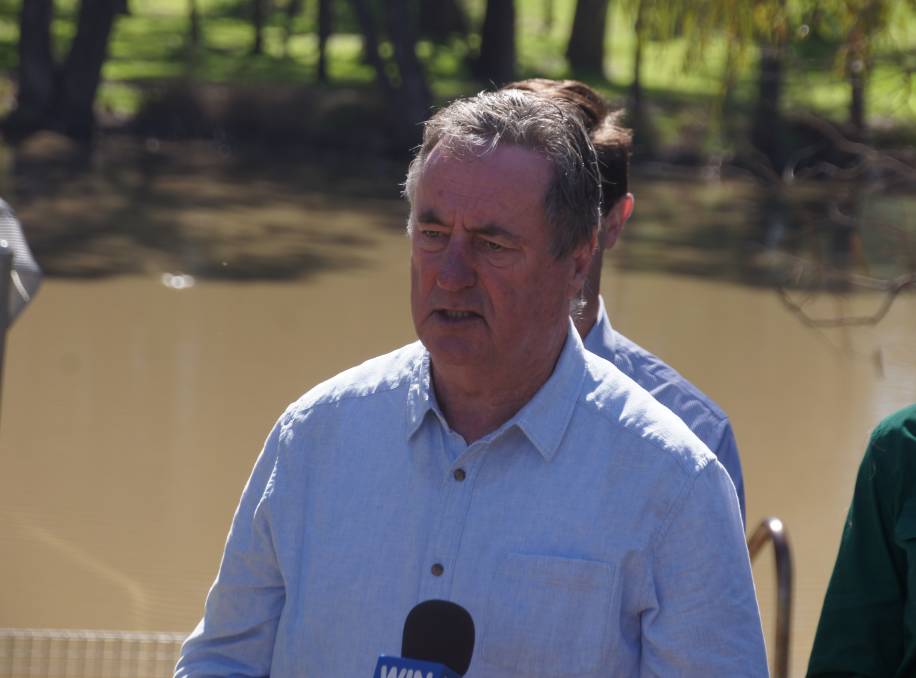 But the new water compliance head honcho, the former inaugural Australian Crime Commission chairman, is shaping up to be anything but a cliche in his role to oversee and hopefully improving water use compliance across all Basin state jurisdictions.

Mr Keelty said the complicated and varying state compliance regimes which regulate private pumping from rivers and groundwater must be reformed, the influence of political donors on water policy needs to be straightened out.

And irrigators calling for increased water allocations when it gets dry should think again.

Mr Keelty recognises it is tough to manage an irrigation farm through dry times, but don't expect him to advocate for more access to alleviate the pressure.

"If the risks is about access to water, and suddenly you find yourself in a situation where you need more than what you've accounted for, that's a business decision risk," he said.

"I have a degree of empathy but at the end of the day those are business decisions like in the commercial world of manufacturing or finance.

"This won't be the last drought. You need to factor that in to whether you need to be in this business or not."

He said he wanted a compliance regime that offered a "single source of truth" so it was easy for water users who want to comply to do so.

"We've got a ludicrous situation where it's a national asset yet each state has got its own licence arrangements.

"If you compare from one jurisdiction to the other, the licences are different but it's the same body of water - so tell me how that makes sense to anybody? I think there is a lot more to be done to simplify it.

"The complexity of the policies make it so difficult for the person who runs a business out of this for the average Joe Citizen to say how much water is there, how much am I entitled to get, what is everybody else getting? We have got to get to a single source of truth."

He suggested the Waterflow app, which is designed to provide accurate, real-time information to show irrigators which broker is selling what water products, and where, including historical trade data to help them get the best price, could be expanded to assist compliance.

"What I would like to see is us talking about what lies beyond the Murray Darling Basin Plan for the next 30 years. Where will all this be by then, what is the legacy you leave behind?"

Keelty will soon deliver a major report to the Water Minister on the Northern Basin, where he has worked as Northern Basin Commissioner for the past year and political donations are on the agenda.

"I've had a look at political donations for the past 12 months and it isn't as transparent as we might think.

"It's aligned with the growth of lobby groups. To actually link a decision by a politician to an actual event and donation and a lobby group's role in that, whether it be an active role or a passive role is very difficult to do.

"It's to everybody's' advantage that we have a much more transparent system. I'm waiting for the ICAC (Independent Commission Against Corruption) out of NSW to see what it says, but I think we need to have a higher level of transparency around political donations."

What does the new "tough cop on the beat" think about irrigators standard of compliance with water rules?

"There are some formidable cases where people have not complied and that was exposed by the media not by departmental processes," he said.

"But the majority of people I've encountered are earnest and hardworking people salt of the earth Australians who are dedicated to this through generations of investment."