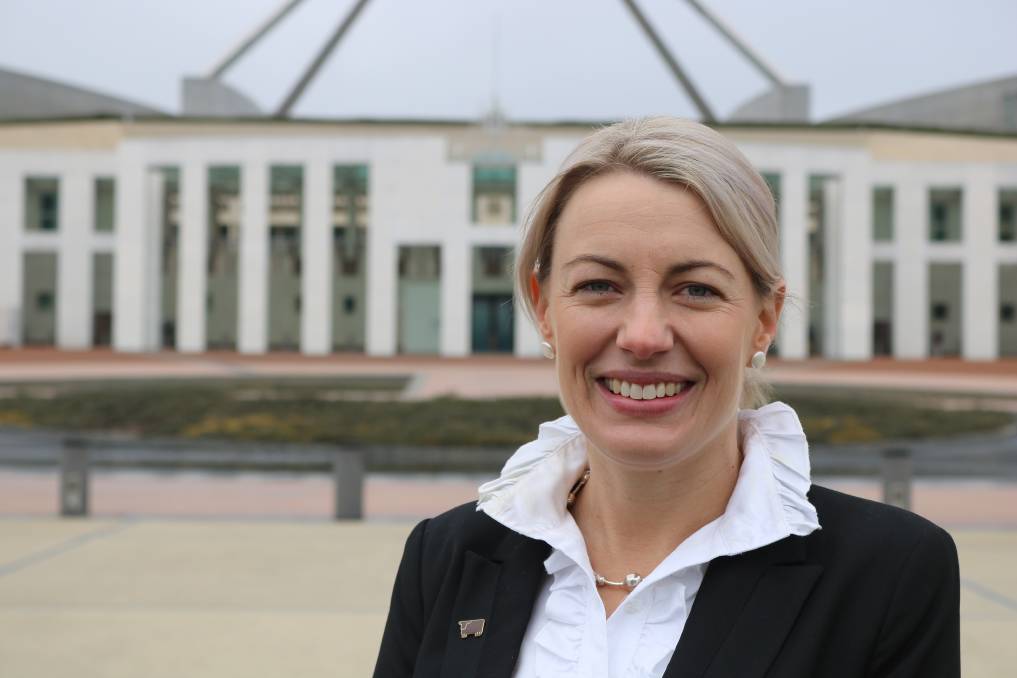 As the NAB Agribusiness Rising Champion winner, Elisha Parker is excited to be part of the beef industry's national advocacy and policy work.

Our people are definitely our industry's greatest asset - an asset we need to make full use of.

It is often said of Australian agriculture that our greatest asset is our people.

Proof of the wealth we draw from the individuals and families working in our industry, has been made abundantly clear to me in the most inspiring ways in recent weeks.

In mid-August I spent a week in Canberra as part of the NAB Agribusiness Rising Champions initiative, hosted by the Cattle Council of Australia.

With six other finalists from around the country, we were privileged to spend time with some of Australian agriculture's most dynamic leaders and see firsthand how beef industry advocacy manages to flow from a farm-gate level, through to the highest tiers of government.

The formal and informal experiences of the week mean we are now better equipped to be effective rural leaders and communicators.

It's an obligation that I personally feel strongly about delivering on, especially given I was judged the 2020 Rising Champion winner.

It's a huge honour given the outstanding field of this year's finalists and the national winners who have preceded me over the past 10 years.

The opportunity I now have to be part of the beef industry's national advocacy and policy work is very exciting.

I'm keen to ensure my Cattle Council contribution complements the work I'm already involved with in my home state of Queensland, where producers have organised campaigns in response to dangerously misguided state government attacks on primary production.

In fact, I flew to Canberra for the Rising Champions week direct from Brisbane where we had been at the Ekka promoting producers' stewardship of the land.

I was one member of a team of more than 20 highly energised producer volunteers who took the opportunity over 10 days at Ekka to engage with our city cousins as part of our 'A True Story: From the heart of Queensland' campaign.

Our site gave more than 6000 Ekka patrons the chance to see a day in the life of a Central Queensland cattle station via virtual reality technology - leaving a lasting impression on participants about farming families' genuine care for environmental sustainability on their land and far beyond.

The positive interest our site drew gave visitors a chance to talk face-to-face with farmers, something far too rare nowadays.

At the same time, we took the opportunity to hand out 9000 Farm Vegetation and Great Barrier Reef fact sheets, 6000 kids Superhero Farmer stickers, 100 Connect to Ag teacher curriculum packs and 2500 vegetable seeds for kids to get a hands-on understanding of food production.

In Queensland, our most urgent battles are against our state government's incomprehensible attack on producers by wrongly accusing us of killing the Great Barrier Reef.

At the same time, the state government is enforcing an unworkable vegetation regime on landholders which, in many instances, is actually preventing producers from practising sound, responsible and sustainable land, soil and vegetation management.

In the past, we have seen similar issues arise in other states and nationally, and similar threats will continue in the future.

That's why it is so important that we as producers are ready and willing to speak up.

The support of the Australian public that farmers have always enjoyed is under attack by governments and anti-farming groups who, driven by political opportunism or extreme dogma, are trying to plant distrust amongst the community.

In terms of talking to city consumers or the media about the environmental, economic and food security imperatives of Australian agriculture, nothing is as powerful as hearing straight from producers ourselves.

Our story - that of hard-working families and small businesses - is an incredibly powerful tool in fighting back against anti-farming myths and laws.

The genesis of our group was built on promoting direct engagement between consumers and farmers.

If we can mobilise the support of the community and if consumers are willing to tell government, "Don't touch our farmers, they feed us and keep the country healthy," we'll be an even stronger force for good.

Governments must never forget that picking a fight with farmers is fraught with peril.

The last month has confirmed a lot for me.

We need to take a multi-faceted and adaptable approach to producer advocacy work and, as individuals, be willing to speak up for our industry.

We've got such a compelling story to tell and there's a clear interest from consumers to learn more about the way their food is produced.

Yes, our people are definitely our industry's greatest asset - an asset we need to make full use of if we are to ward off threats to our future.