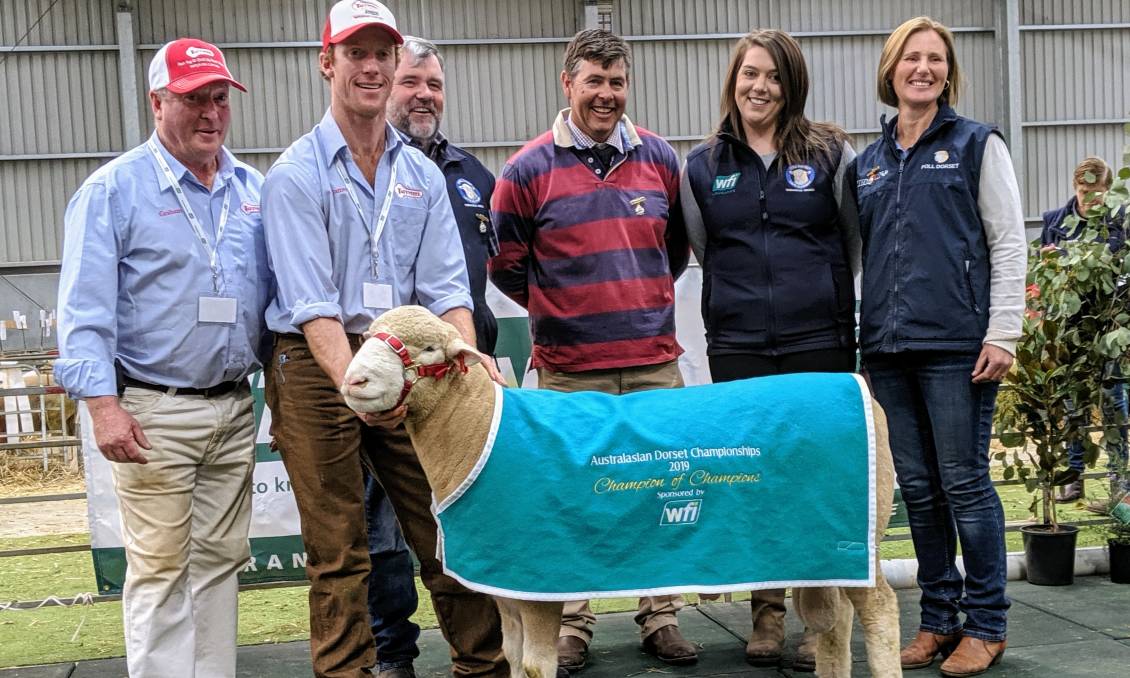 And it was Tattykeel's Sydney Royal Show ram which came out on top with a total of eight points (with the lowest points accrued being the winning exhibit).

Tattykeel 180068, named Bonanza, was by Tattykeel Jackpot, and had Tattykeel Torque as a grandsire on both sides.

Stockscan figures taken on farm at the end of August measured the ram at 151 kilograms with an eye muscle area of 57.16 square centimetres and 12 millimetres of fat.

Bonanza will be offered at Tattykeel's annual on-property stud sale.

"He's balanced for the shoulder set he's got, he crosses over both ideas of longer, leaner and thicker muscular, he's probably a bit of both and that's what got him over the line," he said.

Mr Gilmore said the new competition was a great concept, and it was why he returned to the event with a show team.

"If someone has gone to the effort to try and do something that is interesting, then you have to support it," he said.

While entrants in the Champion of Champions competition were eligible to compete in their appropriate general class at the event, Mr Gilmore left his in the pens until the big show.

"I didn't enter those sheep in the general classes because they had already won a championship somewhere else, I thought it would put more interest into that final class to have sheep that were just coming out for that class," he said.

"We've won two other ram of the year championships, one was where the rams had to go to certain shows and got points for where they finished in their class at each show, that was won by Tattykeel Hercules," he said.

"The second time there was a champion all round it was Tattykeel Topgun - the ram sold to Valley Vista for $24,000 - meaning we've won three so there is a bit of luck involved, but they were all in different formats and I think this is the fairest format.

"People have got to be commended on trying new things, and it is a good concept; the only hassle is when its done at the last show it puts a lot of pressure on the last judge."