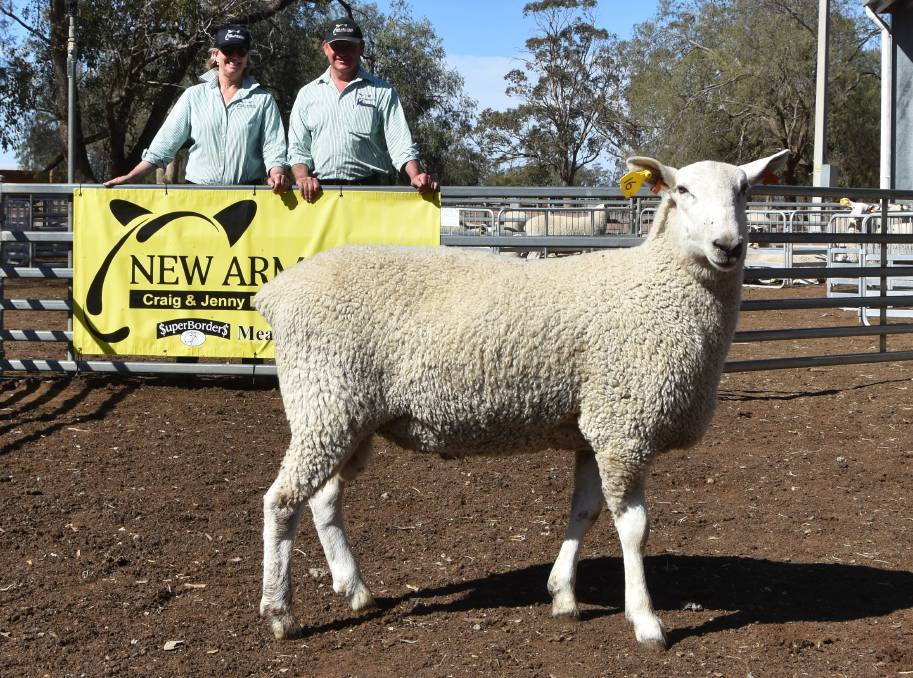 All bidders were repeat purchasers who value the New Armatree bloodlines.

The auction was held under the new all weather sales area, with the persistent flies keeping everyone busy.

The top price ram was one year old tag 35, a triplet sired by New Armatree 16/0324 and in the top 20% for LambPlan in maternal weaning weight, weaning weight, number of lambs weaned and 141.1 for the Border Leicester crossing index.

The ram was purchased by David Greig, Bellevue, Tottenham, who purchased a total of five rams including the second top price ram at $1900 a twin sired by New Armatree 15/0070. The Bellevue draft averaged $1560 with the top of $2100. Nick Forbes, Manager of Myalla Station, attended the sale on behalf of Hazledean and has been purchasing New Armatree rams for four years. He was looking for rams with good birth weights, number of lambs weaned and extra fat.

"The lines do a good job for us and they sell well (bred) out of our older merino ewes," he said.

New Armatree stud principal's Craig and Jenny Bradley, were pleased with the results of the sale given that many repeat buyers had decreased their flocks.

"The top price ram, hits all our breeding objectives," she said.

Mr Bradley believes the first cross market will be strong, when the drought breaks.

"Anyone that is breeding first cross ewes, is sitting in the box seat, when it rains they will be a hot commodity," he said.

The sale was conducted by Halcroft and Bennett with Steve Colwell as auctioneer.