The nine-megawatt solar farm is at Bullarah, 95km west of Moree. 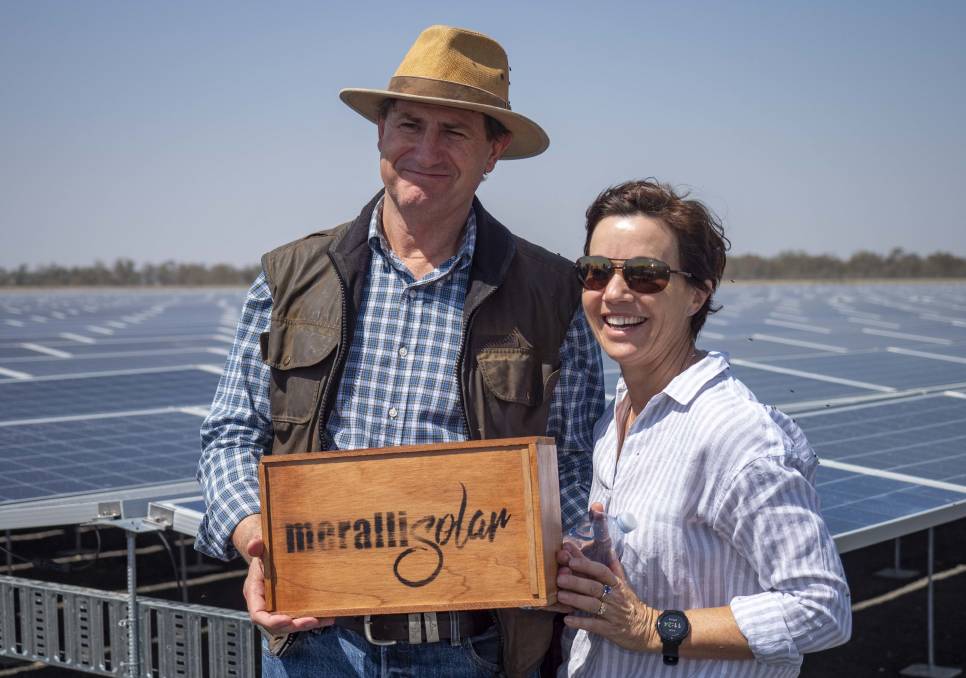 One of the "smartest solar projects in the country" has been officially switched on near Moree.

The project was cutting-edge and showed "what the future could possibly be like right across rural and remote NSW," Northern Tablelands MP Adam Marshall said as he opened Kanowna Solar Farm.

The opening attracted a crowd of about 50 investors, guests and suppliers.

"This solar farm is renewable energy at its absolute cutting edge and represents what the future could possibly be like right across rural and remote NSW," Mr Marshall said.

"Due to the farm's isolated location, engineers have pushed the boundaries when it comes to creating new ways to store solar power and connect to the grid.

"Meralli Solar has pioneered a design and build more efficient than other manufacturers, and has used innovative DC technology to maximise output and battery storage, so they are able to send power to the local grid at times of peak demand.

"It's been an absolute privilege to attend today's opening and experience first-hand what the future of solar energy in our region looks like."

The Kanowna project uses a low environmental impact frame system to pack in almost 28,000 solar panels, all sitting less than a metre high, on a site of just under seven hectares.

One of Meralli's principals, David Mailler, likened other solar farms to Ferraris and the Kanowna one to a four-wheel drive workhorse.

"Whilst other solar farms are often costly and complex, ours are ingeniously simple," he said.

He said many Australian enterprises had difficulty competing for subsidies with overseas companies but "Meralli was born out of sheer bloody-mindedness".

"With all our projects being entirely privately funded, we've proved the economics work," he said.

"We're all about the triple bottom line: economics, social and environment."

The story 'The future of solar': smart farm opens west of Moree first appeared on The Northern Daily Leader.