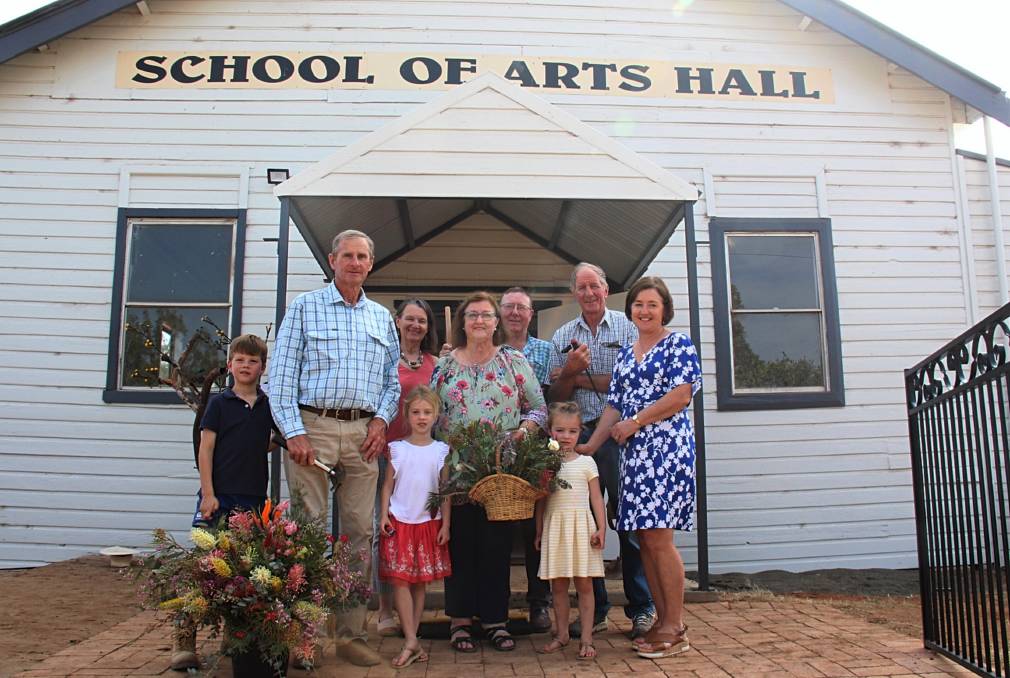 Members of the Burren Junction School of Arts Hall Committee at the re-opening on the weekend. Pitcured is Philip Powell, Coral Marshall, Elizabeth Powell, Sandy Stump, Philip Marshall and Lucinda Stump with the Powell's grandchildren Harry, Rachel and Maggie Powell. Photo by Ali Smith, The Courier.

The drought is biting but there is one remote NSW town which refuses to go quietly.

Burren Junction School of Arts Hall is the town's beating heart, a building that once symbolised hope and prosperity.

So when it was condemned in 2014 a group of the town's volunteers rallied to keep it's doors open.

"It's got heart and soul...it was the last significant building in Burren Junction and if it was torn down there wouldn't be much left," hall committee secretary Lucinda Stump said.

The hall was built in 1914 and over time it's walls have seen many dances and weddings, meetings, festivals, school events and charity functions. It even held school classes when Burren Junction Public School's numbers were high and they need more room.

It was the venue for the Victory Ball after the Second World War to welcome home the town's soldiers and it also marks the names of those who didn't come home, at the war memorial.

But in 2014, at a school bush dance, one of the local fathers fell through the floor so it was condemned by Walgett Shire Council.

Later that year, at a shire meeting, local after local stood up at a meeting with the council at the RSL, which has since closed, to argue in favour of retaining the hall and not demolishing it to make way for something new.

"If we wanted to retain this building, with all its history and charm, we were going to have to fight for it," she said.

That's when they formed a hall committee of volunteers including president Coral Marshall and secretary Elizabeth Powell to help restore the hall.

The committee received an initial state government grant from the then local member Kevin Humphries to start on the restoration work, which saw a new public toilet installed in the grounds of the hall.

But it didn't stop there.

Lucinda, who is a teacher at the school, said they crowd funded for curtains in 2016, so they could put on a school play because "after all, you can't have a play without curtains".

They raised $4000 almost overnight, and were donated the material for the curtains.

"The play was followed in 2017 by another one, both of which were attended by a large proportion of the town," she said.

"It became clear that the hall meant so much to the community and was going to be regularly used, and the council were soon persuaded to join the committee and source some substantial funding for its restoration." 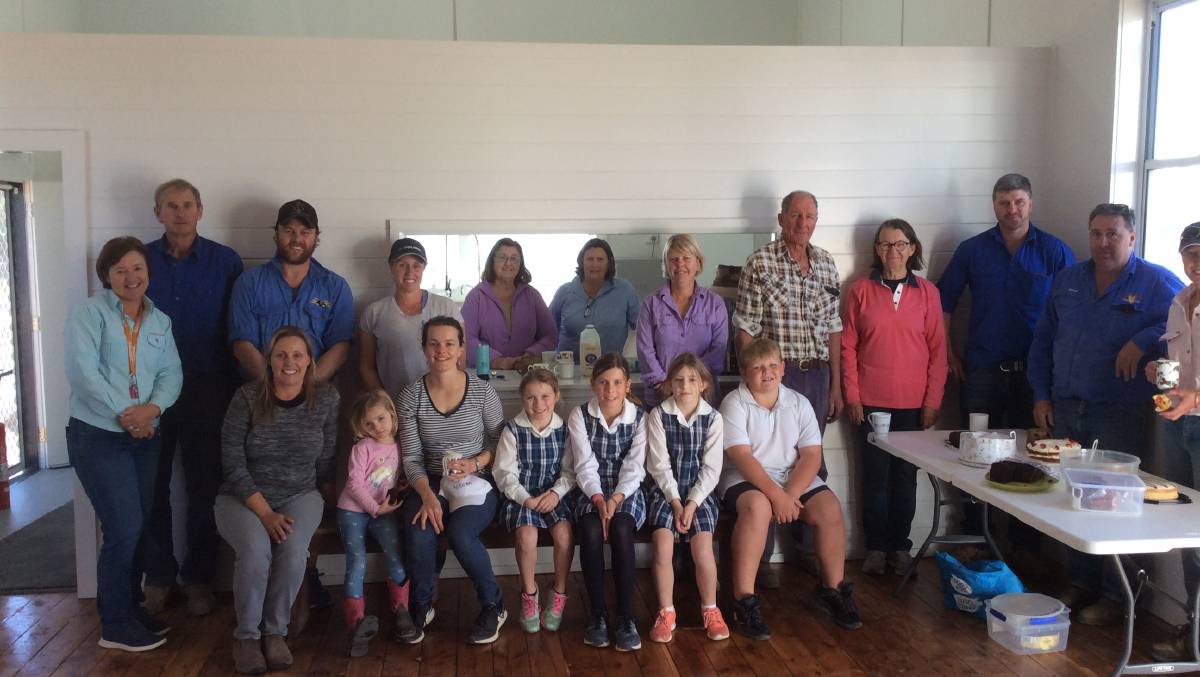 The committee started with a fairly modest plan where they cordoned off the supper room and painted the back of the stage.

The honour boards were restored and the committee sourced funding from Veteran's Affairs for a war memorial, which was unveiled last year.

"We started with limited ideas, then we got carried away," she said.

"But we needed so much money that any number of cake stalls wasn't going to do it."

Lucinda said support for the hall grew and so did the committee's ambition so they began applying for every grant they could find and held a number of working bees.

In late 2018, a building team from Coonamble, under the direction of Luke Crawford, began work to re-stump the hall and demolish part of the previously condemned supper room.

Lucinda said the committee worked closely with the builder and the council to ensure that the grant money was well spent and the integrity of the hall was maintained.

"This resulted in keeping the charming smoker's room to the side of the hall, which had initially been earmarked for demolition," she said. That room has now been turned into a little museum housing memorabilia about the history of the town.

Meanwhile, she said the committee had attracted the support of the younger members of the district who made a short video about their goal for the hall.

This video, which can be seen on YouTube if you type in Burren Junction Hall Supper Room Project, won a $25,000 grant from the Royal Agricultural Society of NSW for the installation of a commercial-style kitchen.

The committee secured grants for school play lighting and further funding from the Tackling Tough Times grant to air-condition the supper room and concrete an outside entertainment area.

After a three-year long journey, the community of Burren Junction held its final working bee restoring the hall on August 1.

More than 20 people turned up to pick up brooms, paint brushes, mops and sponges and complete the long list of outstanding jobs.

"It was wonderful how hard everyone worked...and we worked almost all day until it was all done," she said.

The town's hard work paid off on the weekend when the Burren Junction CWA branch held a flower show that coincided with the re-opening of the hall and more than 300 people turned up.

"The drought may be having its impact, but we are one remote NSW town which refuses to go quietly," she said.

"The story of the Burren Junction School of Arts Hall is one of persistence and generosity." 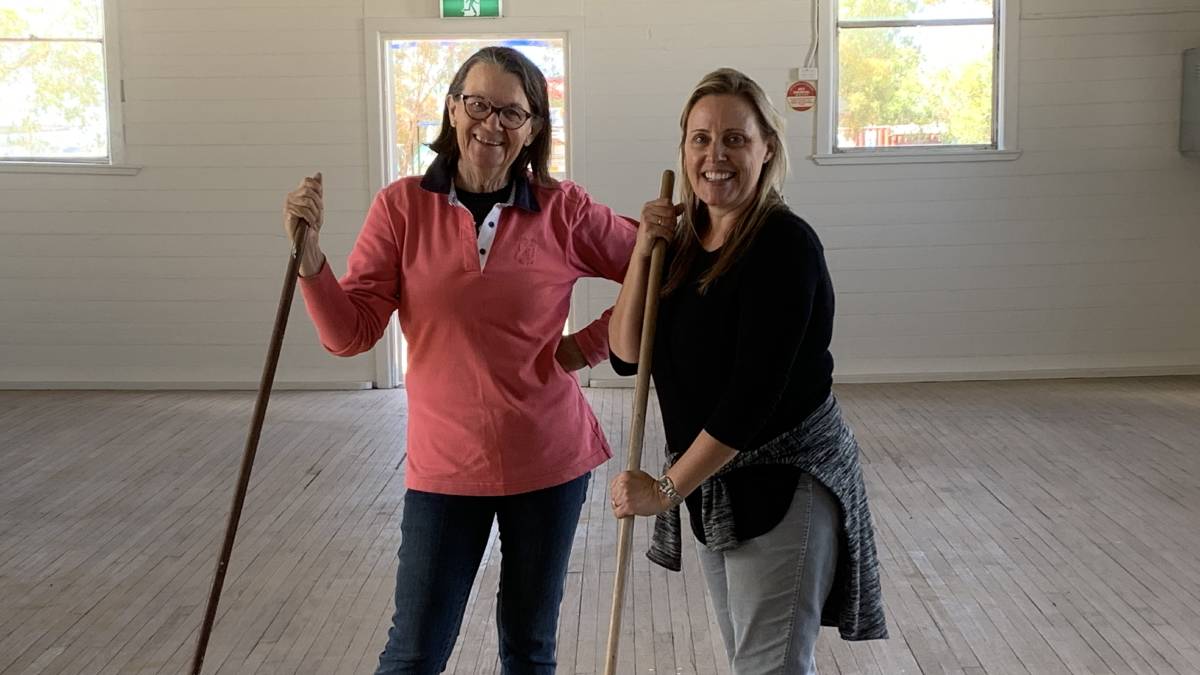 Coral Marshall and Suzie Moore were among many volunteers who helped to keep the doors open of the Burren Junction School of Arts Hall. Photo by Lucinda Stump.