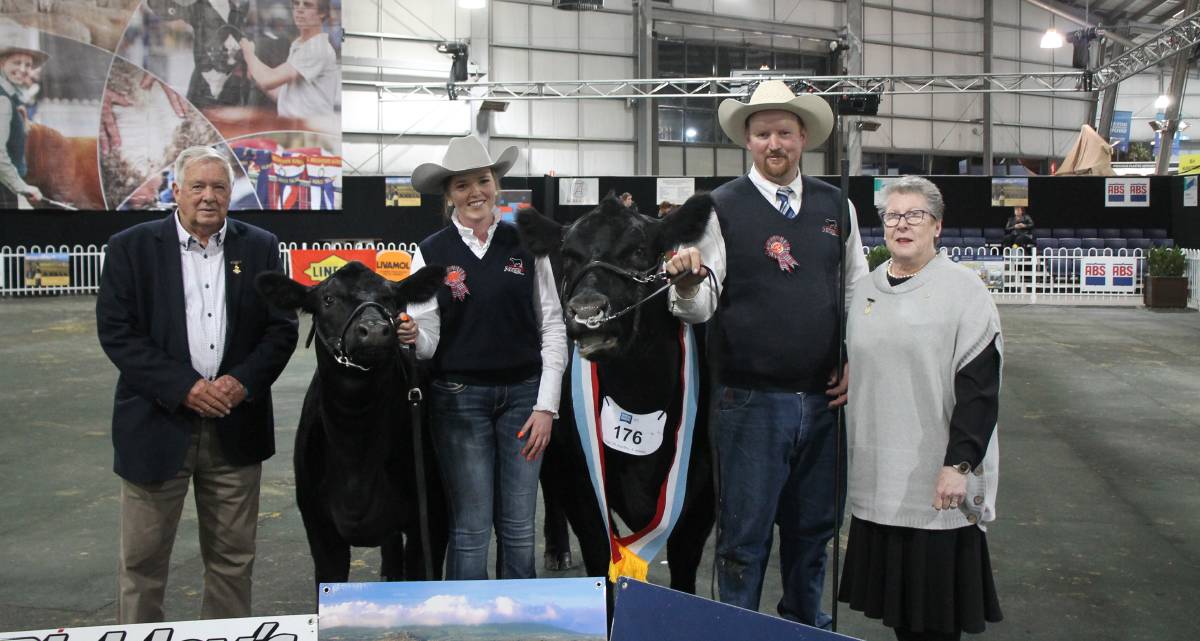 NSW dominates winning all but one interbreed title in the beef cattle section of the 2019 Royal Melbourne Show.

Manager Tim Lord was very happy with the win.

"This is the first time I've won supreme of the whole show here," he said.

"We've had interbreed divisions before, but never supreme of the show, so it's all worth it."

"This cow's calved at 22 months and it's done the local shows throughout autumn and now the calves' at the maximum age so I'll wean her when we get her home." Mr Lord will now starting getting the winning cow ready for the show circuit in two years time.

"We're just about to join her again to calve next spring."

The Evans family also secured another win for NSW when their senior female, Nagol Park YZ Romance N148, won reserve senior beef breed female in the interbreed, behind the overall supreme beef exhibit of the event.

One of the owners of Waterford Charolais Sapphire Halliday said the win makes it two years in a row in the class.

"It's a three quarter brother to last year's winner," she said.

One of the interbreed judges Nicole Nicholls described the bull as an outstanding exhibit.

"He's got muscle, he's got length he's got strength,"she said.

"It's right across his top, right down his hind and he handles his feet and legs really well.

Congratulations to the breeder, you should be very proud of yourselves."

While the Charolais missed out on the top prize in Melbourne the breed was picked as the supreme breeders group, with three animals from Kenmere Charolais Stud at Holbrook catching the judges eye.

Sapphire Halliday said the breed was well represented this year.

It's good for the breed that enough of us can get together and it shows the unity," she said.

"It's such a great time that people get together and discuss what's going on home.

"We try and support each other as much as we can and it's a nice environment to do that at the show."

The interbreed competition marked the finish of livestock judging at the Royal Melbourne Show.