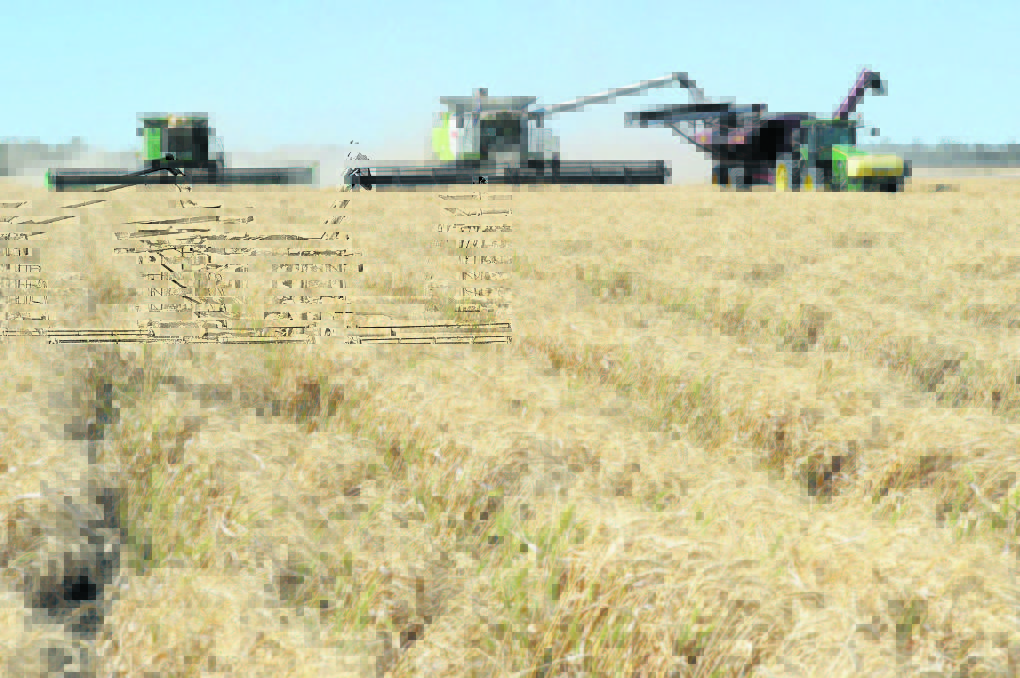 It's been another difficult year for grain farmers with substantially below-average winter rainfall followed by a hot, dry spring.

CLIMBING temperatures and ongoing dry weather - not the start to October that farmers were looking for.

Temperatures will climb into the low to mid 30s this week across southern NSW, putting what's left of the cereal and canola crops under acute moisture stress.

It's been another difficult year for grain farmers with substantially below-average winter rainfall followed by a hot, dry spring.

Southern NSW had escaped the worst of the drought seen in the north of the state, but the impacts are now being felt. It's the finish southern farmers had feared.

More of the southern cereal crops are being cut for hay.

Machinery dealers are reporting strong demand for hay baling equipment as more farmers across southern NSW and the Victorian Mallee opt to cut crops for hay.

Contractors are running at capacity cutting and baling crops around the clock.

At the same time, they are being forced to turn away phone calls from other farmers who want to cut crops for hay.

Hay prices have tumbled as the flood of new supplies hit to the market.

The Bureau of Meteorology issued its latest seasonal outlook for the October to December which showed a high chance of below-average rainfall and hotter than normal temperatures.

They said the positive Indian Ocean Dipole remains the major influence on Australian climate over the coming months.

Recent rains across the Eyre Peninsula, Yorke Peninsula and Mid North in South Australia and the Victorian Wimmera will help to consolidate crops in these parts.

Further yield declines are anticipated in NSW and WA as well as parts of Victoria and SA.

Some private forecasters are saying the national wheat crop will decline to about 17 million tonnes from the Australian Bureau of Agricultural and Resource Economics and Sciences' (ABARES) current 19.1 million tonnes.

If realised, this would be comparable to the 2018 drought levels.

Wheat and barley prices also eased in all states, with barley leading the way lower.