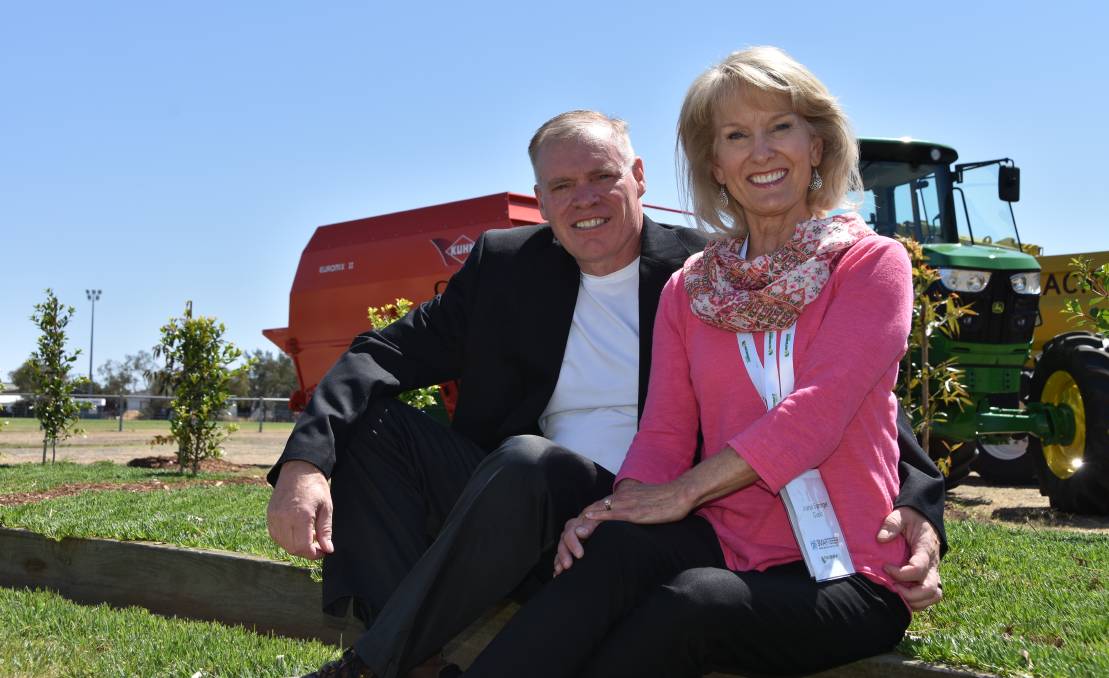 KNOW YOUR WHY: Colonel Sam Barringer and wife Joanie at Smart Beef 2019 in Dalby.

US Military veteran at Smart Beef on food security, vegans and behavioural science.

FORGET endless data sets and science-back evidence, the path to communicating with anti-meat campaigners is in changing our own mindset and being able to communicate our 'why' in an engaging manner.

So says Colonel Sam Barringer, a veterinarian by trade who spent 30 years in the US Air Force and US Army, during which time he was deployed to 25 different countries and earnt numerous medals and awards for exemplary performance in combat.

His entertaining keynote address at Smart Beef 2019 in Dalby honed in the idea food security and national security are intrinsically linked.

"We've had lots of conflicts but when countries fall there is a universal principle. If they have food security, there is no outside force that can come in and do anything but shed blood," he said.

"We spend a lot of time thinking about what makes our country great. At the end of day, if agriculture doesn't do its job and you don't have food security, how quick does Australia, or the US or any developed country, devolve into chaos?

"History shows it only takes days. Recognise the importance of what you do."

Therein lies the answer to how the beef industry should engage with those advocating for an end to animal production.

If agriculture was not doing such a good job, no one would be able to choose a vegetable-only diet, Col Barringer said.

"Go to a third world country where food security is not in tact - what do people eat? Anything they can.They are not picky," he said.

"Upstart groups are a function of how well we do our job. People have the capacity to make these diet choices because no one is hungry. Inexpensive, high-quality food to the masses allows for choice of diet.

"Isn't liberty about choice? People who go to war fight for all, even those who make choices they don't agree with.

"So don't be critical of these choices, celebrate that we have freedom so people can make choices.

"If you tell your story from this angle, it takes away friction."

An understanding of universal human behavioural science is as important to a producer of beef as learning all the challenges that surround cattle at the cellular level, Col Barringer argued.

Take the 'backfire affect' for instance. This is a cognitive quirk we all have that rejects facts and data that contradict our core beliefs.

"Instead of convincing someone on our point, hitting them with endless facts backfires and further entrenches their position," Col Barringer said.

As an example, he discussed anti-vaccination parents in the US. Graphs and data were initially in a seminar run by the US military to show vaccines are 100 per cent safe but at the end, even more parents did not want to have their kids vaccinated. When they switched to telling personal stories, the reverse occurred.

"We can't allow the backfire effect to derail us," he said.

"One fact is enough. The best persuasive tool at our disposal is the ability to tell a good story - real-life accounts. Appeal to the heart rather than mind."

That's where knowing your 'why' comes in - and the idea of food security.

"Why are you feeding cattle? Food security means my boys don't have to go to war. It means Australia is safe," Col Barringer said.

"If you know your why, every day results in excellence."