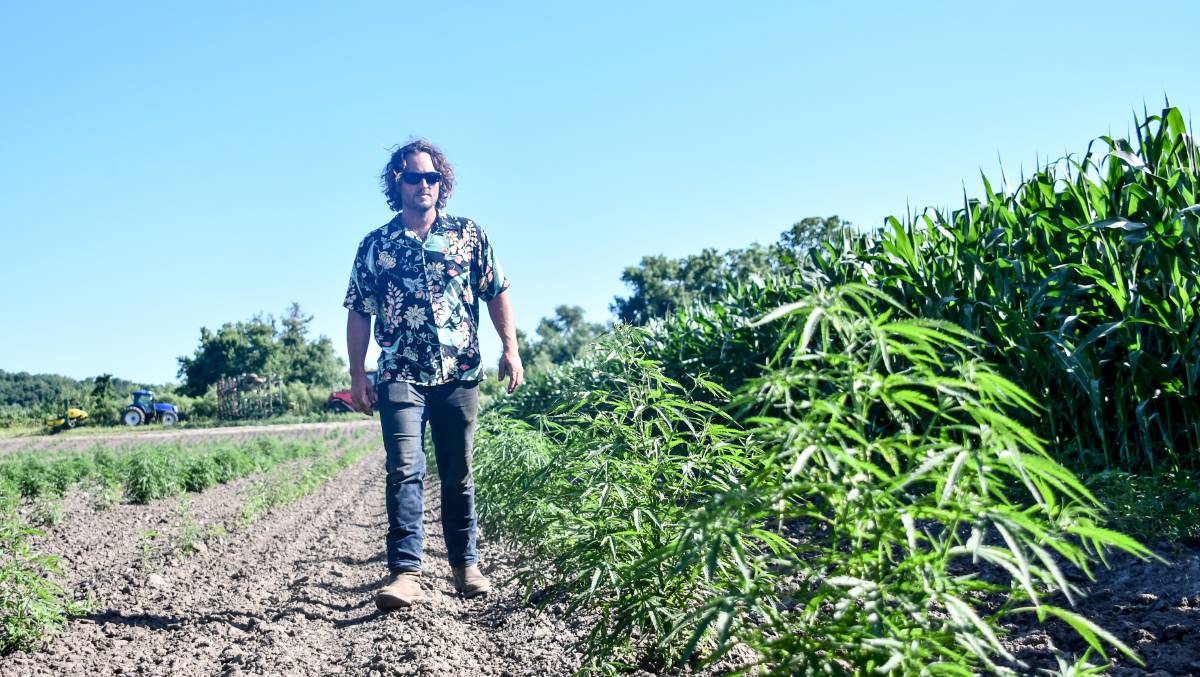 Aaron Peterson of Minnesota with some of his hemp crop in July this year.

The Peterson family are no strangers to business restructure.

An American farming family are among a host of Minnesota growers taking up new hemp crops as prices for corn and soybeans tumble.

The Peterson family of Sever and Sharon, along with their son Aaron and his wife Nicola, operate about 445 hectares growing everything from corn, soybeans, pumpkins and apple trees, and are no strangers to business restructure.

Traditionally a truck garden vegetable farm in the early 20th century, they went on to dabble in wholesale production throughout the US and central Canada, roadside retail stores and even established Sever's Corn Maze for added income.

But now fourth-generation farmer Aaron Peterson is hoping a newly established plot of hemp production will be their next success story as they target the CBD market for medical benefits. 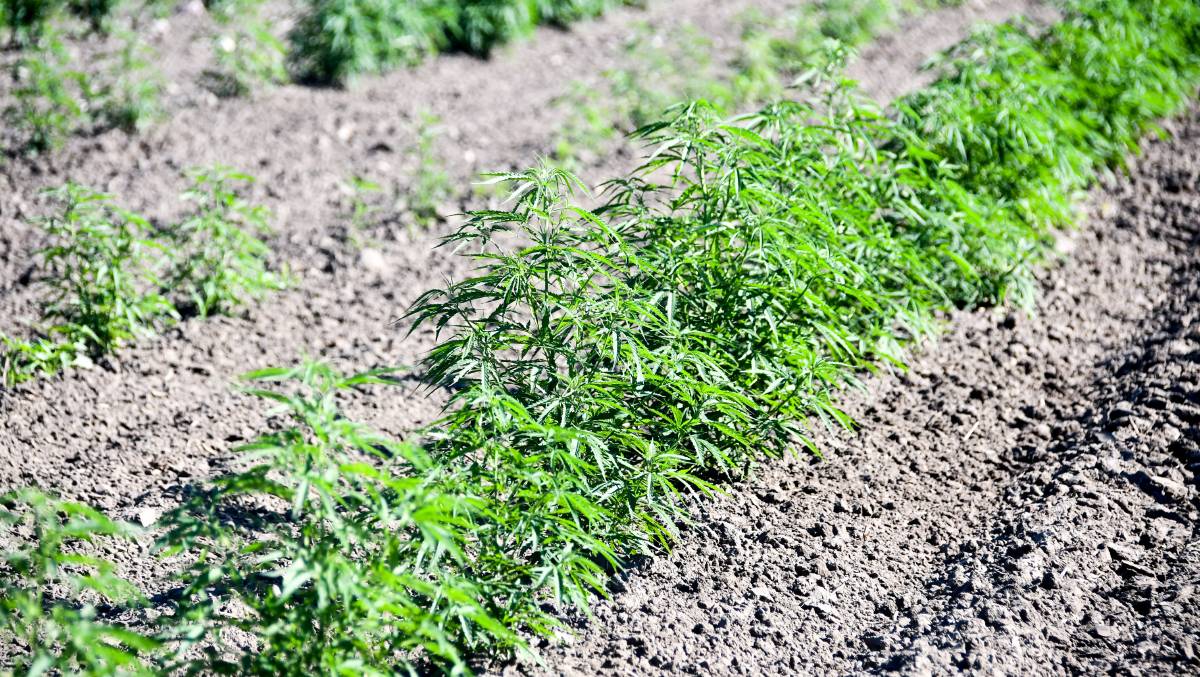 "I think we have had crops that have kept new generations on the farm over the course of time and I think that this one is coming into play at the right time for my generation," he said.

"I do believe we can be profitable with this crop and I can continue to do what I love, which is grow plants.

"We subbed it in for corn and soybean because we were growing quantities of that. It was worth the risk, because we already know that corn and sorghum weren't going to make as much money. 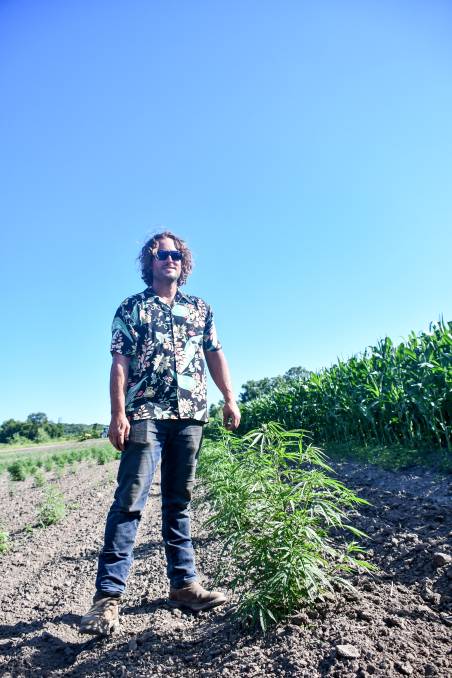 "I see this as the succession planning, because without doing something like this there is no reason to continue on."

When Congress passed the 2018 farm bill in December, hemp was no longer on the federal controlled substances list and legalised industrial hemp as a crop plant.

The family recently purchased a new 100 acre property at $22,000 (USD) per acre just south of the Minnesota River and received a licence to plant up to 40 acres of hemp.

The crops take about 120 days to reach harvest with Mr Peterson opting to grow their seedlings in greenhouses for the first 60 to 70 days.

Their hemp product mustn't exceed the legal THC limit (cannabinoid responsible for giving users the psychoactive effects) of 0.3 per cent. The State tests the crop 30 days before harvest and anything above the legal limit must be destroyed.

The Petersons chose to plant female seeds costing about $1-$1.25 per piece or about $2200/acre and Mr Peterson said finding the right genetics to reach the legal limits proved difficult.

"As a grower, it's difficult to hit those marks," he said.

"We have grown this crop already in greenhouses and other things so we have seen how the cannabinoids move with each other. It all comes down to the yield.

"You want to produce as many milligrams per gram of product but the THC gets dragged up with it. 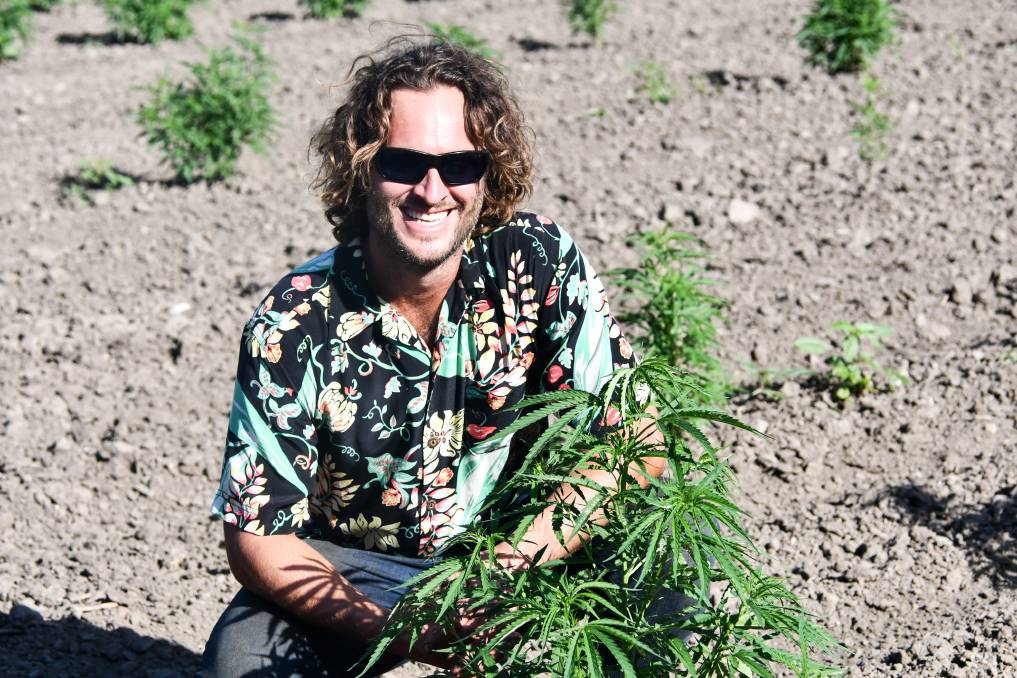 Aaron Peterson decided to look into hemp as a potential crop on their property earlier this year.

"It's kind of like saying you can grow 200 bushel corn but you can't grow 201 bushel corn or you are out. That's a difficult aspect of it."

They hope to tap into a boutique market and eventually grow a high quality product locally. For their inaugural harvest they intend to sell the premium top flower into the smokable market at a price usually double that of the biomass value.

The remainder of the crop will be harvested, put through a combine, dried and extracted for biomass.

"I believe this plant has a usability from the top to the bottom . . . if there is a market we will sell the fibre too.

"Anything that is a by-product, if we can economically harvest it and set it aside, we will sell it."

With no herbicide or pesticides labelled for hemp use, weed control has been one of the biggest challenges. 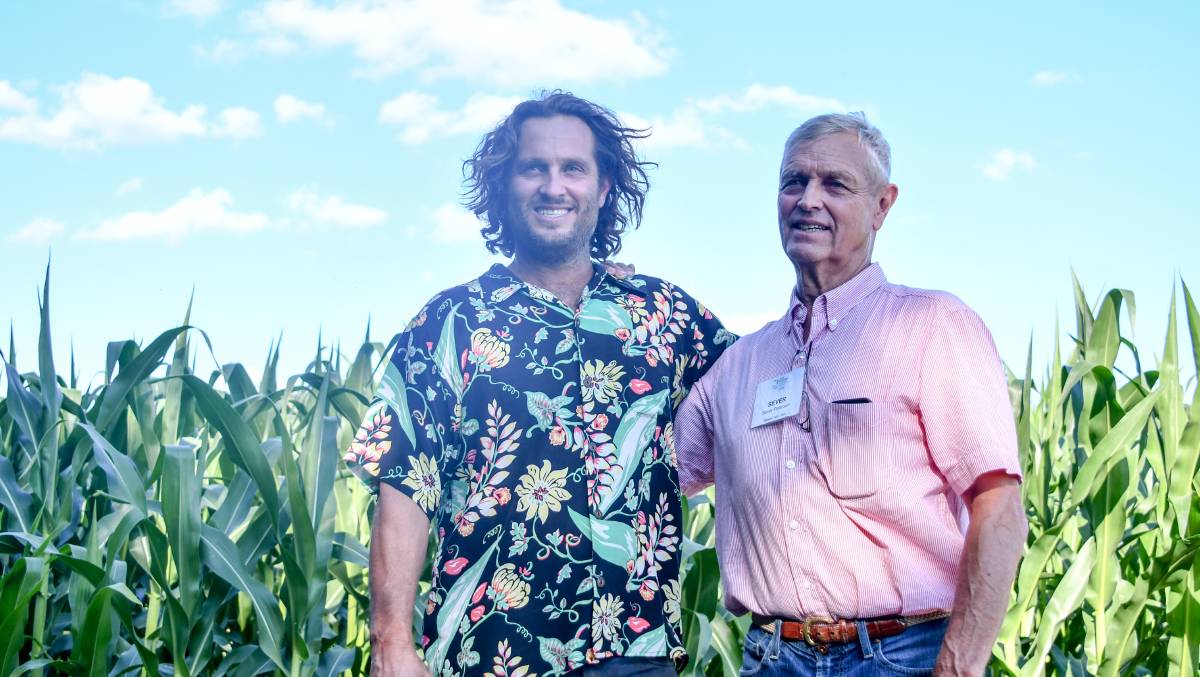 "But that can be solved with spacing, as long as there is enough space to accommodate the correct population and still get the yield marks we are after," Mr Paterson said.

"I believe that demand is going to slingshot production the first year so I feel like we are still positioned in a good spot but there hasn't really been a lot analytics done on this because nobody really knows how much crop is out there.

". . . but we all feel a momentum of demand. As a farmer you have to count on that and hope it'll still be there when you sell."

"We wanted something for future generations," he said.

"Our Fall Festival has been going for 23 years but this year we moved and we don't know what kind of an impact that is going to have on our business.

"We need niche markets like hemp. That's hopefully one of the things that gives the next generation hope."