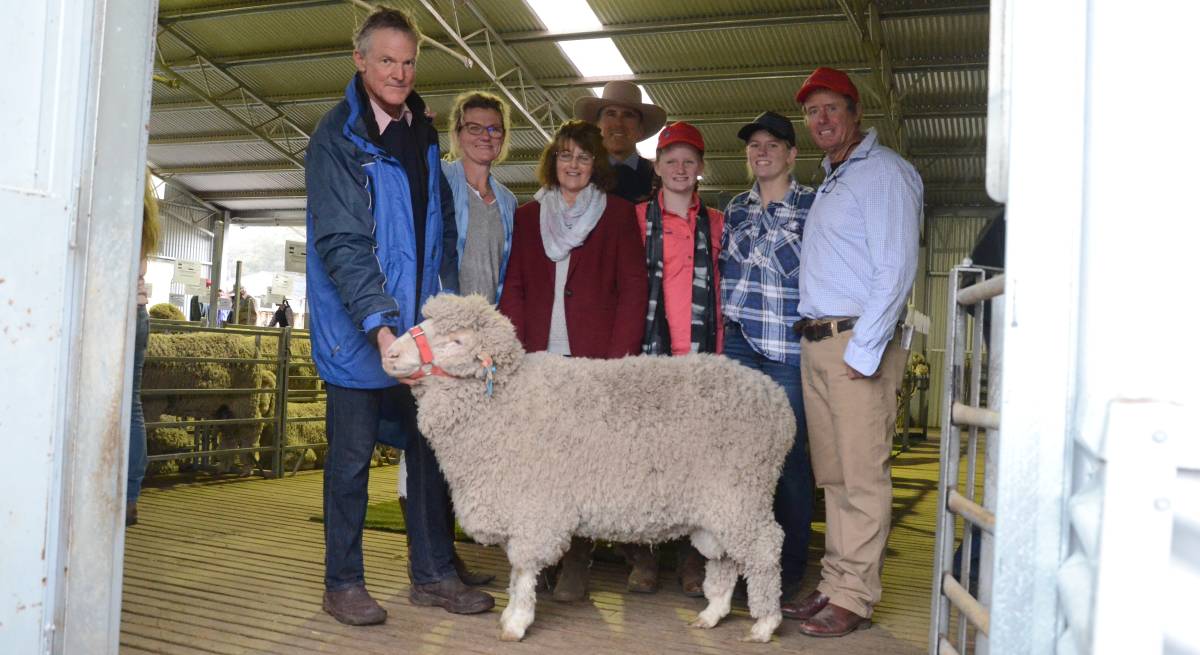 IMPRESSED with the increase in wool quality of progeny sired by their top-priced purchase last year, Adrian and Elizabeth Betts returned to do it again and paid $5800 top money at the 18th annual Glenwood Merino ram sale, Wellington, last Friday.

The Betts' Redbank flock at Coonabarabran has been cut back from 3000 to 2000 ewes due to the drought, but they have increased the flock average micron from 17 to 18 micron since moving to the soft rolling skin SRS Merinos in recent years.

Mr Betts said the ram would be joined to a select number of nucleus ewes to breed rams for use within the Redbank flock.

"We moved from New England sires to SRS types some years ago and that has broadened our wool by one micron and bred extra carcase size. So we now want to increase our wool quantity and quality, and we think Glenwood rams will do the job," he said.

Returning to their 15th sale were Steve and Kate Kiss, Currawarra, Spicers Creek near Wellington, who this year gained a 144 per cent lambing from ewes joined.

Mr Kiss said he and Kate kept returning to Glenwood because of the continued fertility of their rams combined with the soft handling wool and length of fibre, plus positive muscle and fat on progeny.

"We also stopped mulesing 15 years ago. We had a gut feeling back 20 years or so ago that mulesing would become an industry issue, so we decided to change our type."

The Hardings are principally grain growers but run a small Merino flock as an additional enterprise with their shearing contracting business.

Mr Harding had said he liked what Norm and Pip Smith were doing with their Glenwood flock which was achieving performance and fat figures, just what he was looking for.

"We follow SRS sheep for their fertility and low care," he said.

Moving to a six to eight month shearing a mob of 1600 ewes after shearing produced 1800 lambs and this summer they'll join 3000 ewes in December/January.

The sale was conducted by Peter Milling and Company Wellington and Dubbo with Danny Tink and Tom Pollard the auctioneers.