Burrawang Dopers and White Doper stud manager Wicus Cronje believes the difference in their genetics compared to others was one reason behind their total clearance of 101 rams at the spring sale held at Ootha on Monday.

"We have a balance of fertility, muscle and fat without loosing one or the other," he said.

The top priced ram will find his place in South Australia to an undisclosed buyer. The 17-month-old embryo transfer stud type five ram weighed 125 kilograms. He had an eye muscle depth (EMD) of 43 millimetres and placed third at the National Doper Show's over nine month class. Another ram with the identical pedigree won the class.

Rams went to a range of states including South Australia, Victoria and all over New South Wales. 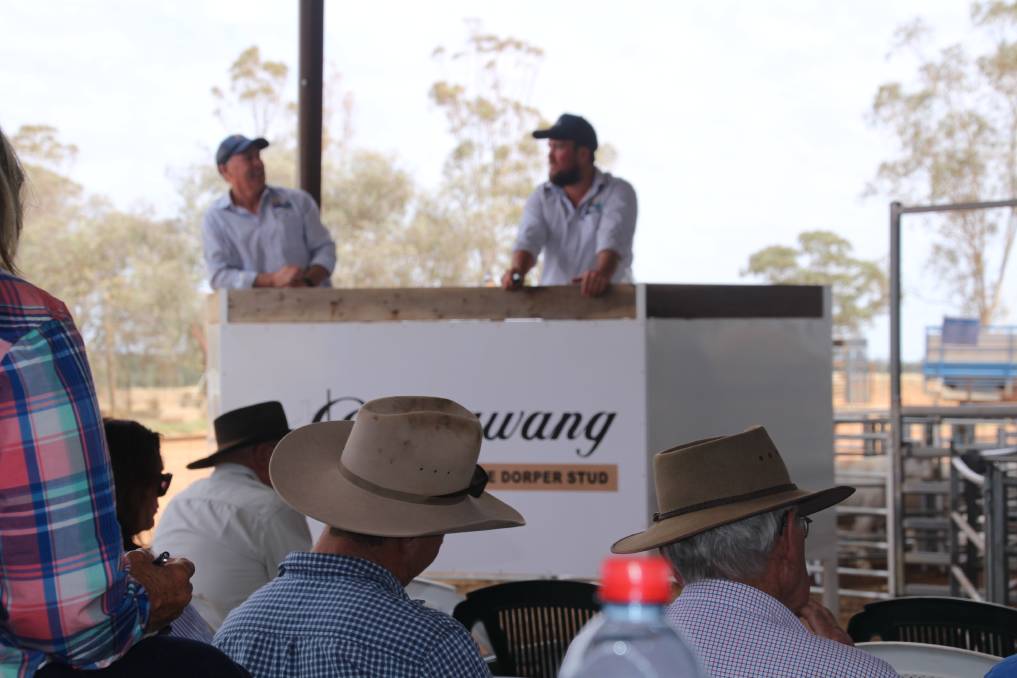 A 100 per cent clearance at Burrawang Dorpers, Ootha, showed the trust and loyalty for the stud at the 14th on-farm sale.

Among the bulk buyers on the day was Simon Renfrey, Balranald, who is the manager of Lake Marimley and runs about 8000 ewes.

"We have been buying for about the past seven or eight years, they are one of the best studs around," he said.

"We normally can get five or six or up to 15 at a time, all depending what we need.

"This sale is very friendly and the customer service and follow up is great."

Stud principal Graham Pickles, was very pleased with the sale.

"I think it is a reflection of the confidence in the lamb drop at the moment, with the lamb prices between $8 and $9 a kilogram, it is giving the buyers hope," he said.

"While the numbers are down people are hunting the quality and they are realising that the quality pays them well.

"We are very happy that our regular customer are coming back and buying solidly."

The sale was conducted by BR&C Agents, Swan Hill, with Jason Morrison with auctioneer duties.