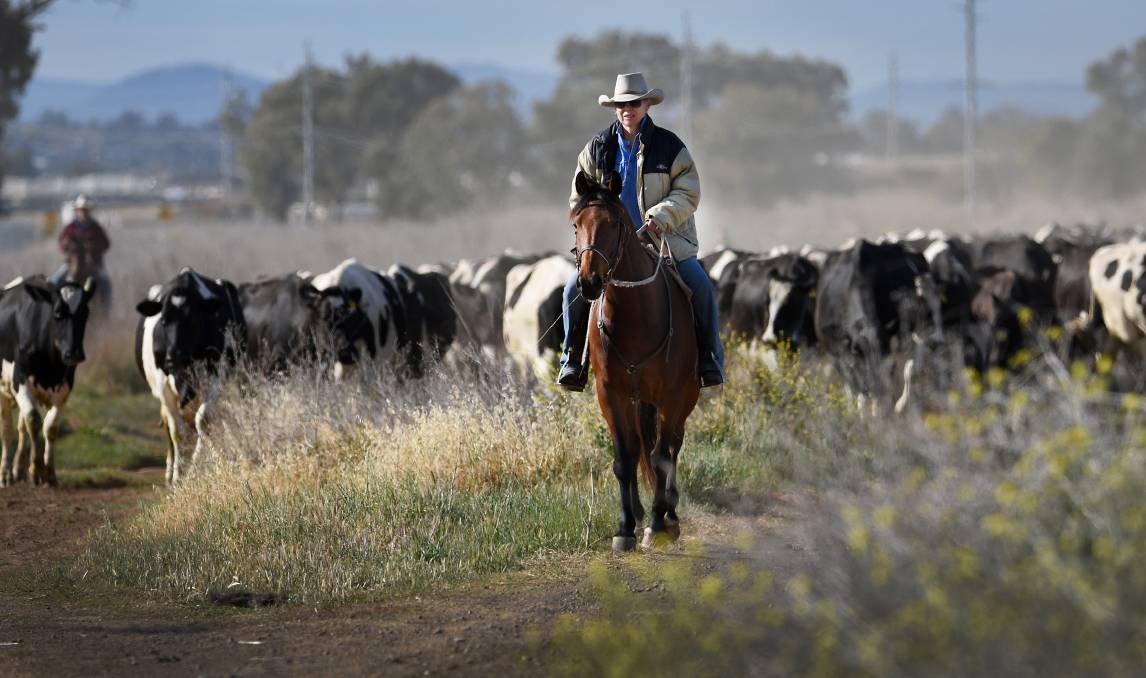 River may still run - but underground

WITH the Peel River near Tamworth set to run dry below Dungowan in about five weeks, irrigators are wondering how groundwater supplies will pan out with a 'dead river'.

Some say it could be devastating with up to 70 per cent of groundwater lost, while a major dairy operation on the Peel run by the Brown family who say the river will still "run", but underground, and they don't believe their irrigation program of two days a week will be affected.

Tamworth City is in the midst of Level 5 water restrictions, and the council and NSW Government has moved to make sure water supplies from Chaffey Dam are used efficiently.

(This story was written before the announcement on the weekend of Federal-State plan for a new dam at Dungowan, with works possibly starting in 2020.)

The water saving short-term project is the construction of a temporary weir upstream at Dungowan, where water from Chaffey will be piped into the existing Dungowan pipe to Tamworth. In the hot months it is estimated there was almost 50 per cent transmission loss of water to Tamworth from Chaffey. The long-term project will start early next year with a new pipeline from Chaffey to link up with the Dungowan pipeline.

Tamworth city mayor Col Murray said the town was well-prepared for the extraordinary water pressures it was facing and had at least a year's water supply available. Major businesses such as Teys and Thomas Foods International were helping in the water crisis, with new water savings of up to 40 or 50 per cent, in what is one of the major food processing precincts in Australia, employing over 10,000 people, and giving security to northern sheep and cattle producers.

Mr Murray also confirmed there was no pressure on the Country Music Festival in January because of the water situation, saying it would be crazy not to go ahead with a festival that brought in $60 million to Tamworth, and the festival period only used an extra five megalitres of water (a third of one day's usage).

Meantime, irrigators and dairy farms near Tamworth are wondering how the Peel running dry from early November will play out.

Cockburn Valley Water Users member and lucerne grower Ian Coxhead, Nemingha, said he expected there would be different results for different farms, depending if they received side valley water on their farms. "We have some groundwater at the moment, but it's limited in places and in others it has failed altogether. It obviously looks like there will be an impact as the river runs dry. In some places it could be a major impact, up to 70 per cent loss. A lot of it will be decided on where the groundwater comes from, the river or side valley influences."

Dairyfarmer Wes Brown, Willow Lynn, Brown's Lane, whose family recently set up a major new dairying operation by the Peel, believes the river will still run underneath its dry river bed. "People forget Chaffey Dam is really a weir and this new one at Dungowan is too, so the water still goes under."

The Browns pump the groundwater into a dam and use it to irrigate ryegrass for their 400 head of Holsteins. They can do two 24 hours of irrigation a week.

"We built this whole operation around water," Mr Brown said. The drought has forced them to earmark 28 heifers for sale (export) and there will be another lot sold in December. 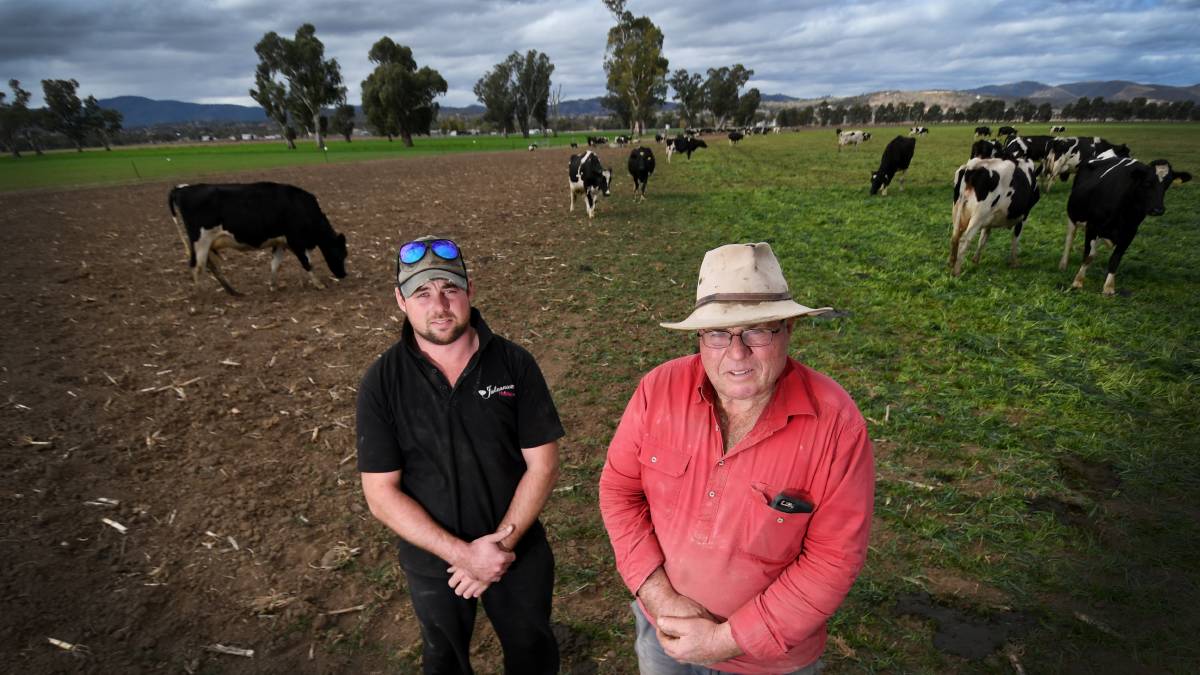 The welcome news has been a lift in milk prices, initially 10 cents a litre, that Mr Brown says averaged out at 3.5c/L on his place, but has added $50,000-$60,000 to the yearly bottom line, with another contract rise from processor Parmalat due in January of 3c/L.

Feed costs are still through the roof, costing from $450 to $500 a tonne for lucerne hay sourced from South Australia and Victoria. "It's all a case of us having to manage our water better," Wes Brown said.

Related: We have called for more dams like Dungowan and Tenterfield for years: Barnaby Joyce

The Wilson family bought into Peel Valley Milk two years ago and also say it is an unknown how the groundwater will play out.

The Wilsons bred former Australasian grand champion cow, Shirlinn Icy Eve Ex-95, and the Shirlinn stud constantly produces top milking jersey cows. But even the drought is weighing on them, with 100 cows recently sold, some to abattoirs, some to other breeders. They have a herd of about 450.

"We've never seen it this bad," Todd Wilson said. He said the family was lucky the Tamworth community supported their milk line. Feed costs, as for most people, weighed heavily on the business. "When the river dries up we think we will see a pretty big decline in our groundwater."