Case will spark concern about use of Roundup in Australia, say LHD Lawyers. 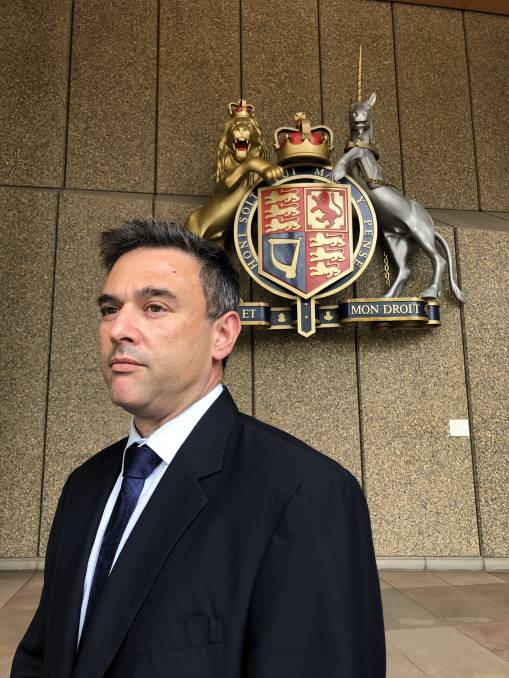 Class action yet to be lodged

The class action is yet to be lodged. When going to press last Wednesday The Land was told the action would be lodged that day.

Barristers for LHD pulled the application at the 11th hour, although still intend to lodge. There are 68 people involved in the pending class action against Monsanto and Sinochem who allege they have cancer as a result of using Roundup.

This is our response to this article.

A CLASS action alleging misleading and deceptive conduct by Monsanto and licensed distributor of Roundup, Sinochem, is being lodged in the Federal Court.

It alleges Monsanto and Sinochem knew, or should have known, that an ingredient in Roundup had the potential to cause non-Hodgkin's lymphoma.

The action is being lodged by LHD Lawyers and the firm's managing director Matthew Berenger told The Land he thought the case would create a great deal of concern about the use of Roundup in Australia.

The case will also focus on ingredients in Roundup other than glyphosate and how, when combined, they allegedly affect human cells.

A study released by France's University of Caen in 2009 shed new light on the interaction of ingredients in Roundup and the study, excerpts of which were published in the Scientific American, suggested Roundup's "inert ingredients amplified the toxic effect on human cells - even at concentrations much more diluted than those used on farms and lawns".

The disease occurs when the body creates too many abnormal lymphocytes, a type of white blood cell, according to the Mayo Clinic's website, an American nonprofit academic medical centre.

Roundup has been a presence in lead applicant John Fenton's life since childhood.

Mr Fenton - who now lives at Robe in South Australia and spoke with The Land as he made his way home from a final meeting with lawyers in Sydney before the class action was lodged - was born and bred on a western Victorian farm, Lanark, near Hamilton.

That property, bought by his father, also John, was the subject of a 2010 book 'The Untrained Environmentalist: How an Australian Grazier Brought His Barren Property Back to Life', written with Phillip Derriman.

Mr Fenton senior planted hundreds of thousands of trees and one of his son's jobs was spot spraying around tree guards from a knapsack spray unit.

Mr Fenton then left the family farm, which his brothers still own, and went jackarooing, where once again Roundup was a constant, be it boom or spot spraying.

He said he converted a Toyota Landcruiser to carry a thousand-litre spray tank and sprayed small paddocks almost daily for six years.

Mr Fenton was diagnosed with non-Hodgkin's lymphoma in 2008.

"I was in my 40s, trying to set myself up - I had a new home and investment properties - and it all came crumbling down," he said.

"I couldn't work for three years."

Mr Fenton is now 57 - his cancer has been in remission for four years.

His treatment has been rough, the first treatment was six months of chemotherapy, one day a fortnight.

That shrank the tumour, but did not eliminate it.

Then came a six-week course of high-dose, intensive chemotherapy.

"I was basically in confinement for six weeks because they killed all my white blood cells, so I had no immunity.

"That was followed by six weeks of daily radiotherapy and the treatments combined hit it pretty hard," Mr Fenton said.

Another of the applicants - there are more than 50 in all - Raymond Youngman said he had an aggressive form of non-Hodgkin's lymphoma.

One of the applicants, Raymond Youngman, believes Roundup gave him cancer.

On Monday he told The Land he believes his exposure to Roundup caused the disease.

Immediately before his diagnosis, Mr Youngman had spent six years building a dream home on 8ha on a bush block in south-east Queensland.

He created tracks that caught vistas of the surrounding mountains and "did it all with Roundup, it was the only chemical I ever used".

"I swore by the stuff, my mates used to come around and say 'don't use that, it'll kill you'," he said.

In 2012 he discovered a lump on his head and, at his wife Michelle's urging, went to see a doctor.

His doctor called on a Friday afternoon at 4pm insisting he come and see him immediately.

Seven years later he has been through the wringer.

He initially had a six-month course of chemotherapy after which the cancer came back in a year.

He then had three months of intensive chemotherapy that sent the cancer into remission.

At the time doctors took stem cells from Mr Youngman, in case the cancer returned, and it did.

From January 15 this year until the end of February, he had intensive chemotherapy that "killed everything in my body" and that was followed by a stem cell implant.

Mr Youngman said it took 20 days for his body to reproduce white and red blood cells and the cancer is in remission.

"It will most likely get me in the end, but I may have bought between five and 10 years."

He and wife Michelle celebrate their 29th wedding anniversary on November 24.

Bayer Australia yesterday said it was aware of media reports regarding a class action about glyphosate, but had not received a writ yesterday by noon.

A company statement said: "We have great sympathy for any individual with cancer, but the extensive body of science on glyphosate-based herbicides over four decades supports the conclusion that Roundup does not cause non-Hodgkin's lymphoma (NHL).

"Glyphosate has been extensively studied globally by scientists and regulators, and results from this research confirm it is not carcinogenic.

"We firmly stand behind the safety of glyphosate-based products, and as a company devoted to life sciences, assure Australians that their health and the environment are our top priority.

"At the end of the day, whether you're in the court of law, regulatory agencies or court of public opinion, it's the science that should matter here," the company said.