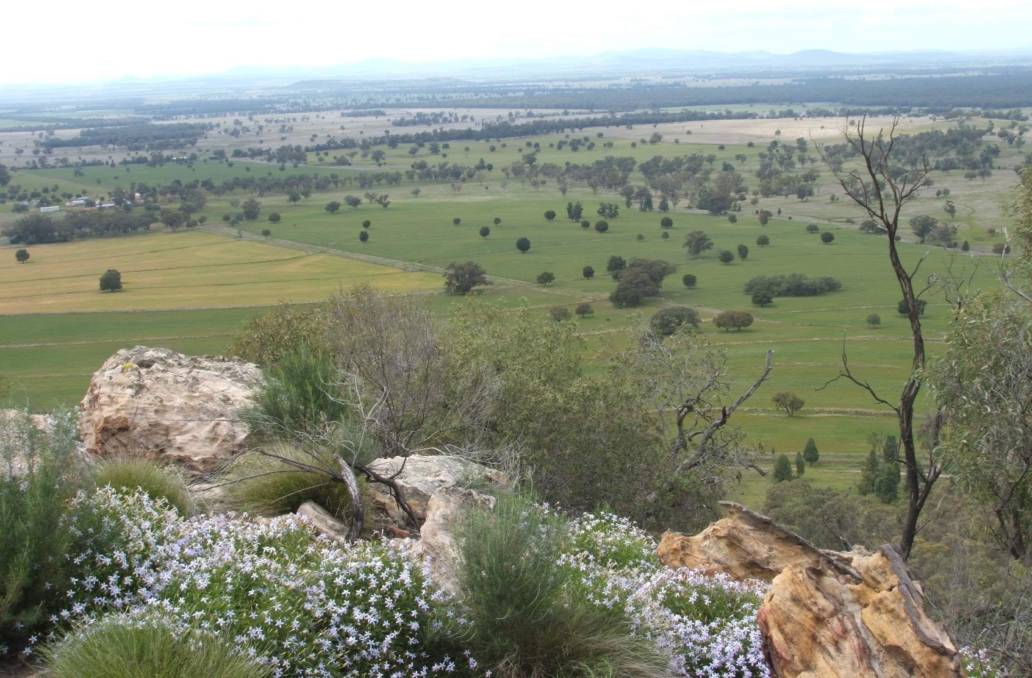 Only two families have held the North West Slopes property Be-Bara since it was first settled in 1912 - originally as a scrub block of 383 hectares (948 acres) - under the Closer Settlement Act of that era.

Only two families have held the North West Slopes property Be-Bara since it was first settled in 1912 - originally as a scrub block of 383 hectares (948 acres) - under the Closer Settlement Act of that era.

Today it's a productive mixed farm of 712 hectares (1760ac) owned by Keith Pryor, who is selling as a prelude to retirement and has listed the property for auction sale on November 7 with Southwell Land and Water of Narrabri.

The property was the largest of three blocks at Willala - south-west of Boggabri - thrown open for ballot in 1912 when it was drawn by Leslie Kemmis. It was larger than the others because it contained a rocky pinnacle at its western end called Willala Mountain.

Today that 494-metre high mountain, with its 360-degree views to the Warrumbungles and Liverpool Plains and its network of sandstone caves, is a feature of the property, with eco-tourism possibilities.

Leslie Kemmis had barely started work on his block when he enlisted for the First World War, in which he lost both legs.

Despite this, following his return home he proceeded to develop Be-Bara as a successful mixed farm, and to enlarge it by purchase of adjoining blocks, before handing over to his son Neil.

It was not until 2008 that Neil's son, Ian, ended the Kemmis dynasty on Be-Bara when he sold the property to Keith Pryor, who owned other properties in the district and the Sovereign Hereford stud.

Mr Pryor's other properties have now been sold, and the stud deregistered, and his remaining cattle are being sold off as auction date approaches. When in full production, Be-Bara under present ownership was managed principally as a beef cattle operation, with a self-replacing Hereford herd of around 170 cows, and steers being finished for turnoff at 20-22 months.

In addition to fodder crops, around 100ha was typically sown to winter or summer cash crops including wheat, barley, oats, sorghum and canola.

Remnant timber is mostly white box and kurrajong, with ironbark and cypress on the higher slopes.

About 263ha of the total area is arable and native pastures are complemented by about 100ha of sub-tropical Consol and Rhodes grasses, the latter now responding to a useful 16mm of rain earlier this month.

Average rainfall is 689mm and the property is watered by two bores - one equipped and reticulating to a tank and five paddock troughs - and dams.

The main homestead is of Hardiplank construction with four bedrooms and dates from the 1950s, with later renovations. Also still standing is the original 1920s homestead.

Rob Southwell said the property presented as an affordable 'starter' block, needing just 'a bit of spit and polish' to realise its full potential.