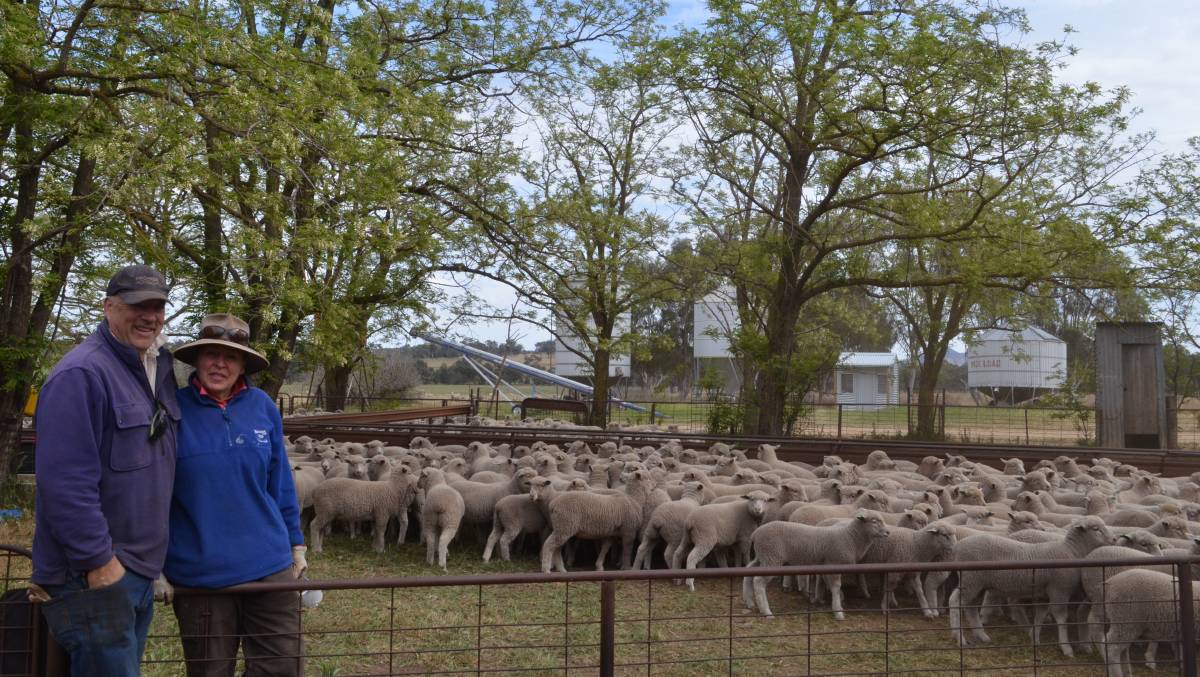 The ability to work together has made a big difference for one Murringo family in this drought.

The partnership combination has long been the mainstay of operating farming businesses in Australia, and through this drought the power of two people working in unison is irresistible.

Such is the case for Tony and Annabel Wallace on Erinvale, Murringo, which has been in the family for 21 years.

"My mother bought the original place Willawong in 1988, and she has been the driving force behind our success," he said.

"And at 82, she is still going strong and not showing any signs of slowing down."

Indeed, on the day when the White Suffolk lambs were being weaned from their Merino mothers, Jane Wallace, along with her granddaughter Georgie, were on hand assisting with mustering and drafting.

"We are a family partnership in many ways," said Annabel.

We are a family partnership in many ways - Mrs Annabel Wallace

"I enjoy working alongside Tony, it is a pleasure to be outside and working with the sheep ... there are many things I can't physically do that he can, but we complement each other."

Mrs Wallace said she definitely thought differently to her husband, which was important for another point of view, and especially through the current drought.

"I think outside the box, which can be an advantage," she said.

"It is really important not to be totally consumed by the farm, outside interests are vital."

Mrs Wallace said they attended yoga classes, which had been beneficial for both physical fitness and mental resilience; and crucial for each to maintain a positive attitude.

"We have to accept this country is not blessed with rain like New Zealand, or the rolling hills of England, and farm accordingly," she said.

"We are constantly managing the situation, always trouble shooting.

"There are always problems so everyone is aware of the challenges we face."

As a sideline to the farm, and to keep her interest in non-farming activities Mrs Wallace has for many years operated an art gallery in one of the farm cottages.

"It has been an engaging experience, a really lovely diversion. We both enjoyed it and took us mentally off the farm," she said.

"There are a lot of positive people in the community and they have enthusiastic interests beyond the farm, which helps us get through tough times."

Mr Wallace agreed the drought presented challenges and the support of his family made it easier to cope.

One factor he noted when comparing this drought to those past was the strength of the commodity market, especially for sheep and wool - the main enterprises on Erinvale.

"The market for sheep has changed in the past decade," he said.

"With the overseas demand for red meat, lambs are now worth a lot of money, and the market for wool was strong."

He can remember selling sheep for very little in previous droughts, but "there is no doubt the current prices keep us thinking positively," he said.

Indeed, Mr Wallace was focused on coming out of this drought with his Merino flock intact and ready to take advantage of the demand for sheep when the season did break.

Reflecting on his program, he said the weaning of their White Suffolk/Merino lambs was possibly only two weeks earlier than would normally occur.

Counting the White Suffolk/Merino lambs after drafting into weight groups.

"It is our normal practise to wean and sell, but we recognise the lambs are fresh, the market is strong and it will give the ewes a chance to recover before we start shearing next week," Mr Wallace said.

"We will hold our present numbers, around 9000 ewes after the normal off-shears sale." 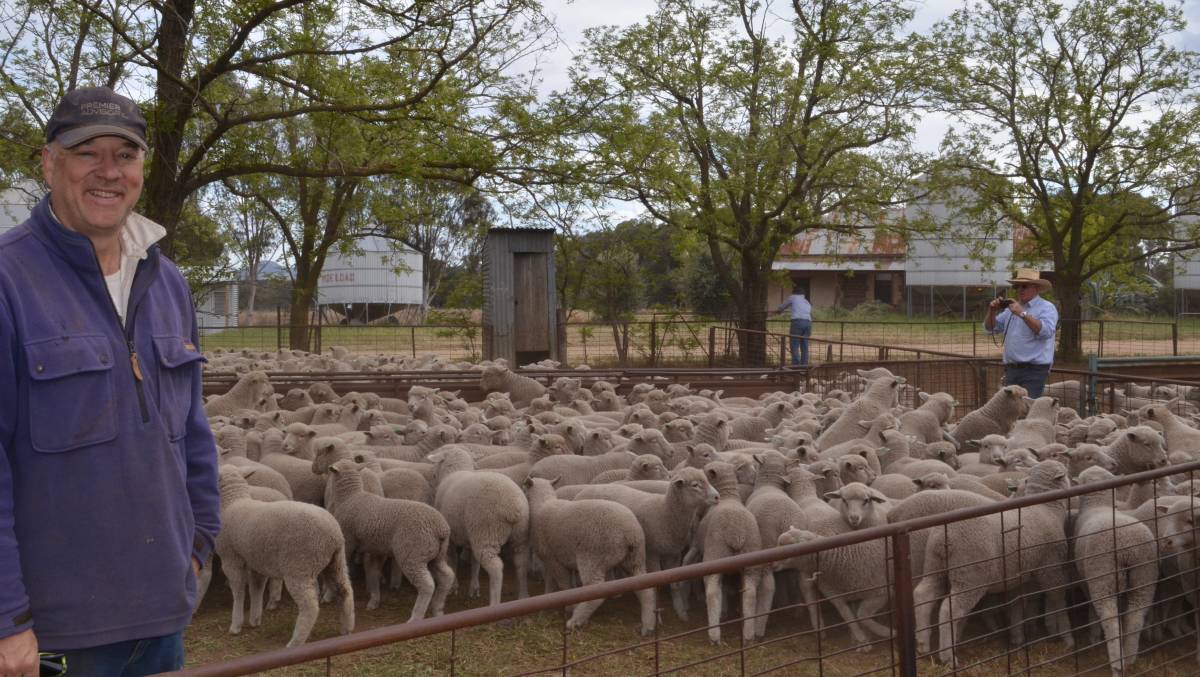 Tony Wallace is very pleased with the condition of his White Suffolk Merino cross lambs just weaned and weighed into groups. They are being assessed by David Corcoran, Delta, Young for listing on AuctionsPlus.

Mr Wallace admits they have been fortunate in having had enough rain through the winter to maintain pasture growth.

"The sheep have come through the winter and spring in good condition," he said.

"I had sprayed gibberellic acid on some of our paddocks and that helped."